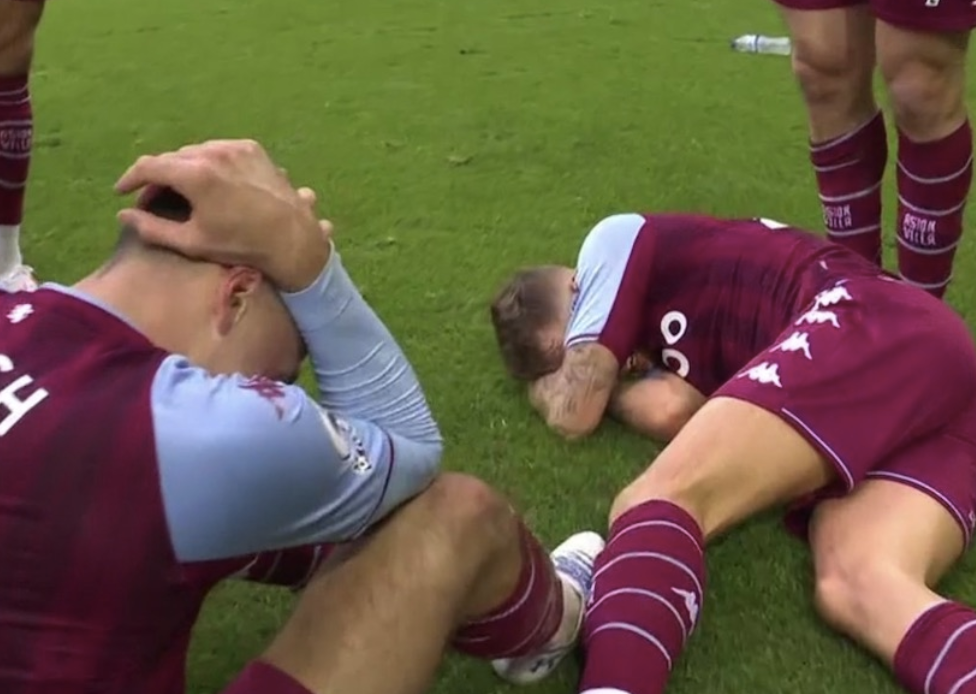 Everton are likely to be the subject of a Premier League investigation after Lucas Digne was floored by a bottle thrown from the crowd during Saturday’s match against Aston Villa.

The France international endured a difficult return to Goodison Park, less than a fortnight on from his acrimonious departure, having been frozen out by the Toffees’ former manager Rafa Benitez.

Digne was booed throughout a competitive first-half as Everton, galvanised by the return to the dugout of club legend Duncan Ferguson, made a positive start to the match.

The scenes mirrored those at the Emirates Stadium on New Year’s Day when Manchester City’s matchwinner, Rodri, was pelted by items thrown by Arsenal supporters.

And BT Sport pundit Jermaine Jenas reacted to the incident by calling on the Premier League to introduce severe punishments for any clubs whose fans are found guilty of similar offences from now on.

He said: ‘It’s becoming too often in the Premier League now and it’s disgusting to be totally honest. Look at the state of that.

‘We’re going back to the old times, the dark ages of football with bottles and coins being thrown onto the pitch.

‘There needs to be some serious punishments handed out to all the clubs behaving in this way.

‘This is not just Everton football club this has happened at various stadiums all over the season and they need to stamp it out. Whatever it may be there needs to be some punishments to stop it happening again.’