‘We have an incredible relationship’: Jesse Marsch hopes that Leeds director of football Victor Orta will not jump ship for the vacant role at Chelsea after he was included on Todd Boehly’s shortlist

Jesse Marsch says he would not leave Leeds United for any job in the world – and he hopes Victor Orta will feel the same after confirming Chelsea’s interest in the director of football.

Orta is on the shortlist at Stamford Bridge as owner Todd Boehly prepares to interview candidates for the club’s sporting director role.

And Marsch has revealed that he and Orta have spoken about the possibility of him quitting Elland Road. 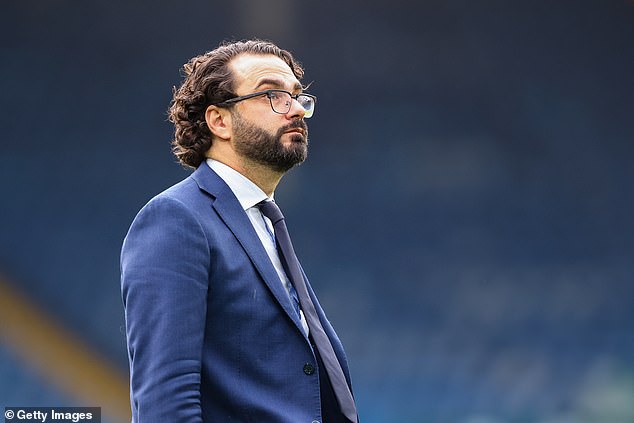 ‘Angus (Kinnear, chief executive), Victor and I had a dinner planned, which we do every six weeks,’ said the American. 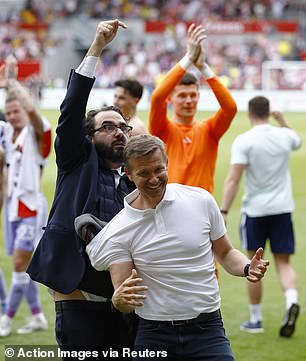 ‘We went to Iberica (in Leeds), which I thought was a perfect place for Victor to tell us he was leaving, like it was his final dinner. But, fortunately, that was not the case.

‘We talked very openly about it. I told him, one of the things between Victor and I, is that I made him promise he was going to stay with me if I came here. But, if you get an opportunity to go to a place like Chelsea, with your family situation, I understand you have to consider it. In the end, he has to make a decision based on what is best for him and his family.

‘I know how much he loves Leeds United. I’m hopeful he will stay. I can unequivocally say that he is very happy here. But it’s the same for everybody in this business. Things come up, opportunities. We have contractual obligations and people have to think what’s best in their lives, personally and professionally, what their contract says and everyone has to find a way to move forward.’

Marsch arrived at Leeds in February and kept the club in the Premier League on the final day of the season. He has since lost star men Raphinha and Kalvin Phillips but, with Orta, has overseen the signing of eight new players at a cost of £100m. 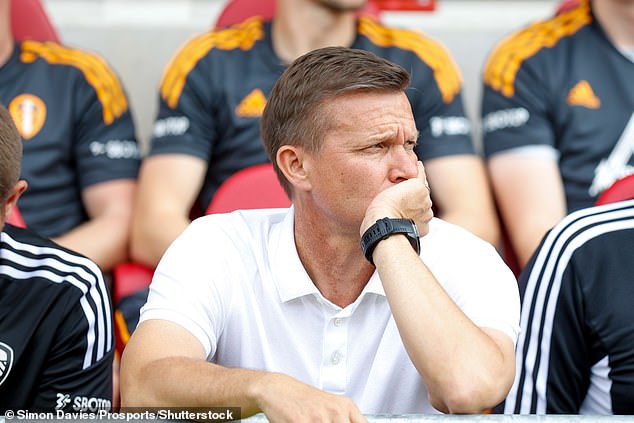 He added: ‘We have an incredible relationship. The transfer window has set us up for success in our season. I am hopeful that he stays, because of the relationship I have with him and his expertise and the hard work he puts in to building this club.

‘The togetherness and commitment here is the highest I have seen. For me, I don’t want to leave. If I got an offer to go anywhere in world right now, I would not leave. I am more happy than I have ever been in my career. It has proved to be even better than I hoped.

‘Even in a relegation moment last year, the unity and belief from every person was the highest I’ve ever seen. The thing that matters the most is that we’re a real group who give everything for each other. That is the way to formulate success.’