Ole Gunnar Solskjaer says Jesse Lingard’s loan move to West Ham was a “no-brainer” for both the player and Manchester United.

Lingard has scored four goals in six appearances since joining the Hammers in January and David Moyes said last month that they would look at making the deal permanent.

The England international had not started a Premier League game for Manchester United for over a year but Solskjaer says he is “finally back to himself”.

“It has really worked out for Jesse, for David and for us as a club as well,” said Solskjaer, who will not have to face Lingard on Sunday as he cannot play against his parent club.

“We know Jesse’s position is a 10 and we’ve got Bruno (Fernandes) there.

“For me, it was a no-brainer to get Jesse a chance to prove himself and play some football again. He has been really bright for them. He’s finally back to himself.”

West Ham have been the surprise package in this season’s Premier League and sit two points outside the top four ahead of Sunday’s trip to Old Trafford.

“They’ve been brilliant,” said Solskjaer. “We played them in the FA Cup not long ago and it went to extra-time. It was a tight, even game.

“He (Moyes) has got players who score goals, they’re creative and defend really well, and are really difficult from set plays.

“David has done a tremendous job, which we know he’s capable of. I’m very happy for him.

“We know this is a big game. It’s maybe too far ahead to Manchester City so we need to consolidate our place in the top two or three.”

Solskjaer confirmed David de Gea is back in the country and quarantining after travelling to Spain for the birth of his child, while Paul Pogba, Juan Mata and Donny van de Beek remain sidelined. 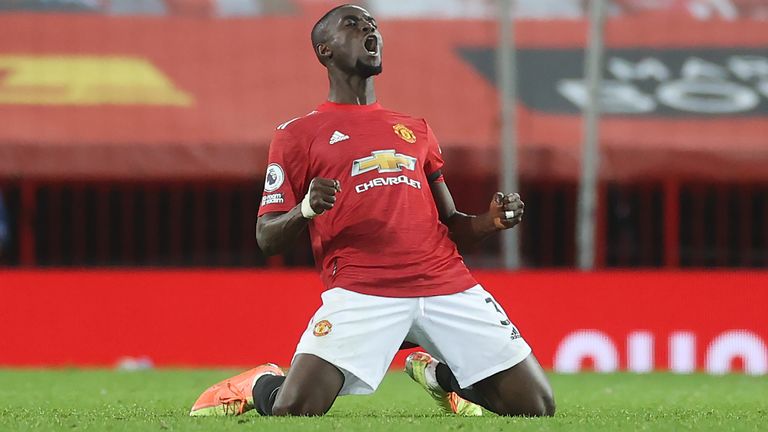 United have opened talks with Eric Bailly over a new contract.

The defender, who made his 100th appearance in Thursday’s Europa League draw with Milan, is out of contract next year.

“We’ve started talking to Eric and his representatives,” said Solskjaer.

“He is keeping fitter for longer and you can see in his performances as well. I’ve been very happy with him.

“His playing style; sometimes I’ve made him lose too many games. One hundred games, that’s not enough for the period he has been here.

“He is getting more and more robust. He’s one we’re talking to.”

Amad Diallo scored his first goal for United against Milan, having come on as a half-time substitute for Anthony Martial.

Solskjaer has been impressed with the 18-year-old but called for patience as he adapts to his new surroundings following his January transfer from Atalanta.

“It’s a big change for him,” said Solskjaer. “He’s moved over by himself but he’s coming into training every day and is working really hard.

“He knows he has a lot to learn. He’s an exciting talent, of course, but he’ll have to get used to the tempo and quality of the level he’s playing at now.

“He didn’t play too much for Atalanta either so we’re gradually giving him more and more.

“He’s hungry to learn and his appetite in training has been spot on.”

Barcelona: Ansu Fati could be out for several months with knee injury