Two away goals up with the home leg still to play, against organised but inferior opponents who have lost more games than they have won in La Liga this season, Manchester United can be confident of progressing past Granada and reaching the Europa League semi-finals this evening.

With Harry Maguire, Luke Shaw and Scott McTominay missing through suspension after bookings in last week’s first leg, and with Marcus Rashford’s involvement in doubt due to persistent injury problems, there will be a smattering of second-string players among Ole Gunnar Solskjaer’s starting line-up.

“There will be a few changes, some are forced and some are maybe rotation,” the United manager hinted yesterday. It will be a night for the likes of Axel Tuanzebe, who has waited since the disappointing home defeat by Sheffield United for his first start. Alex Telles will surely be at left-back. Donny van de Beek will be hopeful of starting in Europe for the first time since November.

Under different circumstances, it might have been a night for Jesse Lingard too.

Instead, Lingard is revelling in the best form of his career while on loan at West Ham, having scored eight goals in his first nine appearances and having set up four more. This will not last forever – he has scored four goals more than expected, according to his underlying numbers – but his temporary switch to the London Stadium has rejuvenated a career that was stagnating at club and international level.

Back in Manchester, Solskjaer is delighted with what he has seen. “Jesse has been brilliant since he left,” the Norwegian said while previewing Granada’s visit. “Jesse is a fantastic lad around the place, Man United through and through, never once did he moan or cause me a problem, he just came in and worked really hard.”

That attitude while out of the team, which saw Lingard impress coaching staff at Carrington by maintaining an excellent level of fitness despite a lack of playing time, convinced United to let him seek other opportunities elsewhere. “He deserved a chance to play more football,” Solskjaer said, “that’s why we let him go to West Ham, because he deserved a chance for what he’s done throughout his life for Man United.”

The question now is: Will Lingard come home? West Ham are eager to make his loan permanent and are investigating ways to make it happen, but Solskjaer did not entirely rule out the prospect of an Old Trafford return.

“We [will] welcome him back,” he said. “I hope he’ll go to the Euros with his performances now and confidence he has got, I don’t think that’s beyond him and hope he has a strong finish to the league.”

At one point, he even wondered whether United might have “selfishly” kept Lingard on their books for the remainder of the campaign. “He’s always got a part to play,” Solskjaer pointed out. Except Lingard did not have much of a part to play during the first half of the season, when despite his efforts in training, he failed to play a single minute of Premier League football. 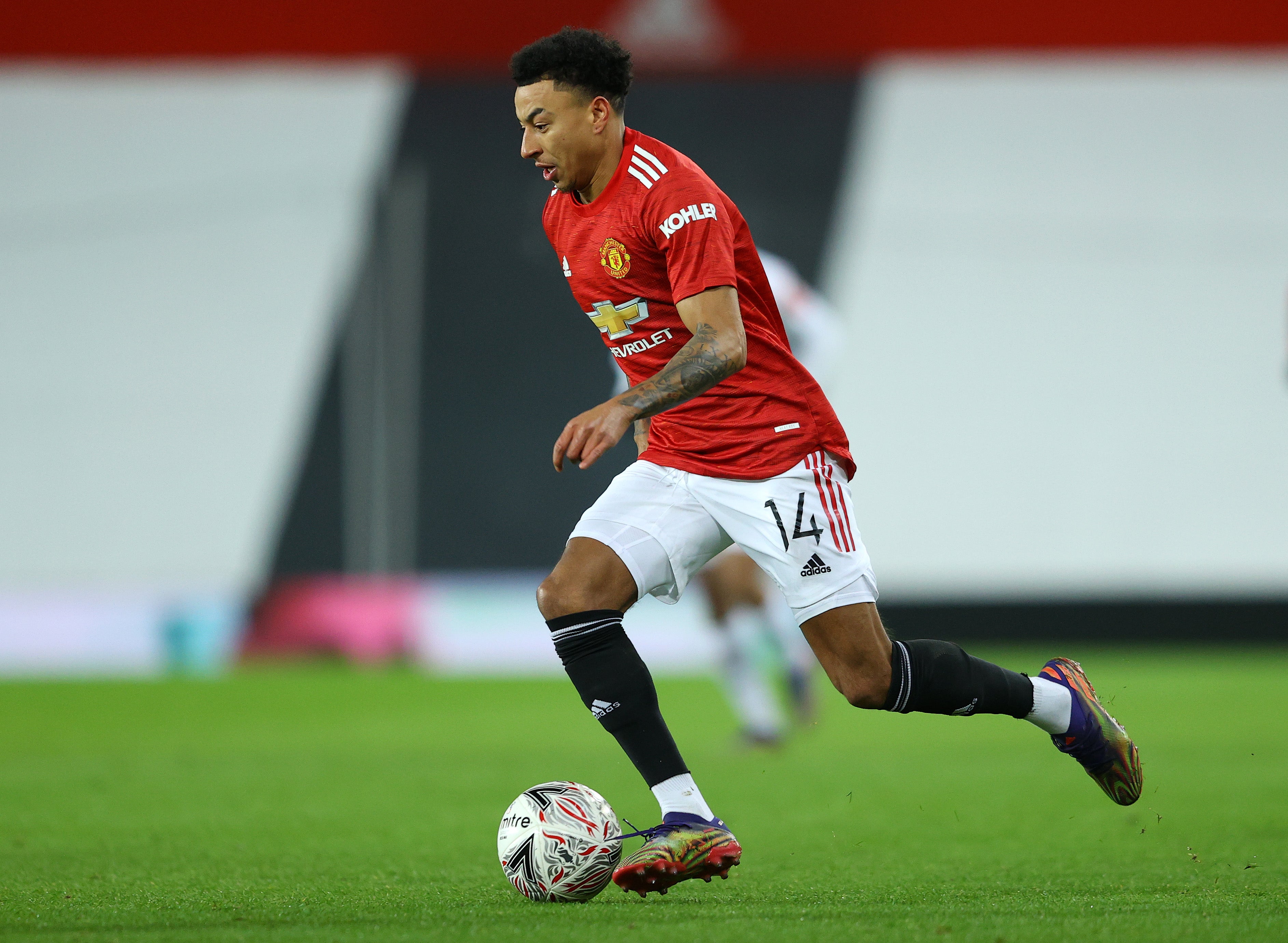 Lingard made just three appearances for United before going out on loan, all three of which came in the domestic cups and amounted to a total of 179 minutes. There was more than three months between the – a nine-minute cameo as a substitute in the EFL Cup fourth round against Brighton – and his last, a start in the FA Cup third-round win over Watford.

There are caveats. Lingard missed practically the whole of October through injury and was forced to spend time away from Carrington the following month after coming into close contact with someone who had tested positive for Covid-19. But once Solskjaer declared him fit and available again, he played just once, was an unused substitute on three more occasions and then stopped appearing in United’s matchday squads again.

Solskjaer said at the time Lingard was “training well”, once describing him as an “ultimate professional”. Even so, he wasn’t making the cut. The United manager explained that yesterday by pointing to the competition within his squad. “Then, it was different here because of Bruno [Fernandes], the form he has, and he played arguably in Jesse’s favoured position. That was just a decision we made.”

It was an entirely fair decision, too. Fernandes is central to everything United do, to the extent that he is rarely afforded a rest. Rashford, who also plays in a position Lingard could fill, is the same. Solskjaer is not one to rotate his most important players either. A fringe player at United currently has relatively few opportunities to impress, as Tuanzebe, Telles and Van de Beek might attest.

The truth is that even if Lingard had stayed, he would not be guaranteed a start tonight against Granada. His form with West Ham might have changed Solskjaer’s thinking somewhat but even so, it is hard to see how he earns the minutes that his performances warrant at Old Trafford while others are ahead of him in a fixed pecking order. United could tie Lingard down to a new contract before his current deal expires next year – sources close to the player intimated as much before his loan move – but the regular football and starring role that he has enjoyed with West Ham and that he deserves at 28 years old may only come from elsewhere.