Mexican midfielder Jesus Corona scored for the second match in a row as 10-man Porto returned to winning ways and moved to the top of the Portuguese Primeira Liga with a 1-0 home win over Maritimo on Wednesday.

Porto now have 63 points from 26 matches, two clear of second-placed Benfica with eight rounds remaining in this seasonâs championship in a two-horse race for the title.

Corona, not normally a prolific scorer, was also on target in the 2-1 loss to Famalicao a week ago, Portoâs first match since the resumption of the 2019-20 season which had been on hold for almost three months due to the COVID-19 pandemic. 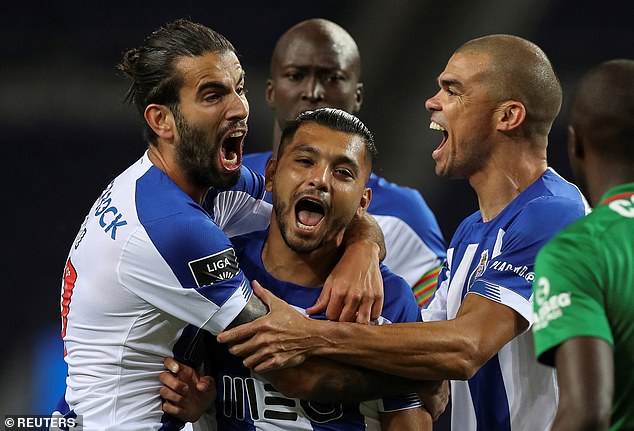 There was a hint of good fortunate about his early winner after six minutes against Maritimo as he hopefully swung a boot at a loose ball in the penalty box and it looped into the far corner of the net for his fourth goal of the season.

The home side finished the game with 10 men when Brazilian left back Alex Telles received a second yellow card with four minutes remaining. 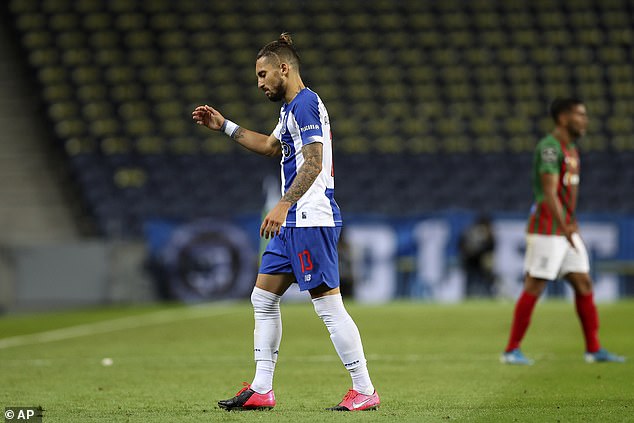