Joan Laporta has revealed that Gianni Infantino remains open to the idea of a European Super League, after the FIFA president previously declared his disapproval of the project.

The Barcelona chief claimed that Infantino was ready to discuss the idea of a European Super League, less than two years after FIFA themselves stated they ‘strongly disapproved’ of it, according to the Times.

Laporta made a bold prediction that the ESL would become a reality by 2025 earlier in January, but the project was dealt a major blow after a court backed UEFA in a row with Real Madrid, Barca and Juventus that it did not breach EU laws. 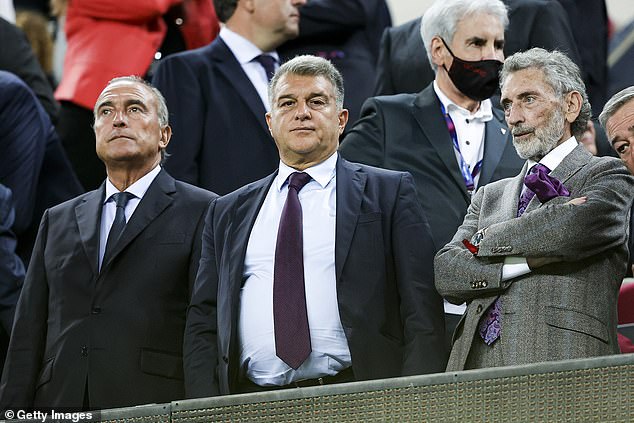 Despite Infantino’s previous protestations against the ESL, Laporta has shined a new light on the Swiss’ views on the matter.

In a four-part documentary series, Laporta explains that in order to continue the development for his expanded Club World Cup idea, the FIFA president was willing to reopen the ESL discussion.

‘Infantino is developing his competition, the Club World Cup, and making it bigger and we respect [that] as it looks very attractive, and he was open to talk about the Super League,’ Laporta said. ‘President Infantino from Fifa, he’s ready to open a dialogue.’ 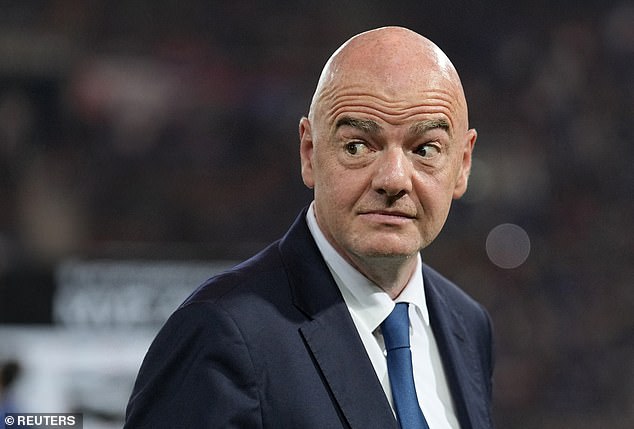 The Blaugrana chief’s comments come in stark comparison to Infantino’s own views on the competition, after he claimed football’s global governing body ‘strongly disapproved’ of the rebel project, three days after its initial proposal.

However Laporta’s latest remarks support the suggestion that in the months leading up to the official announcement in April 2021 there was sufficient encouragement to the 12 sides involved from president Infantino.

And in May 2021, amid increased speculation at the time that he was deep in discussions with the 12 elite sides involved, Infantino said: ‘To listen to some clubs and to speak with some clubs doesn’t mean in any way whatsoever that Fifa was behind, was colluding, was plotting, any Super League project.’

The idea of interest in the ESL from Infantino is once again lent weight, this time by LaLiga chief Javier Tebas, who claimed support was floated as part of a quid pro quo agreement. 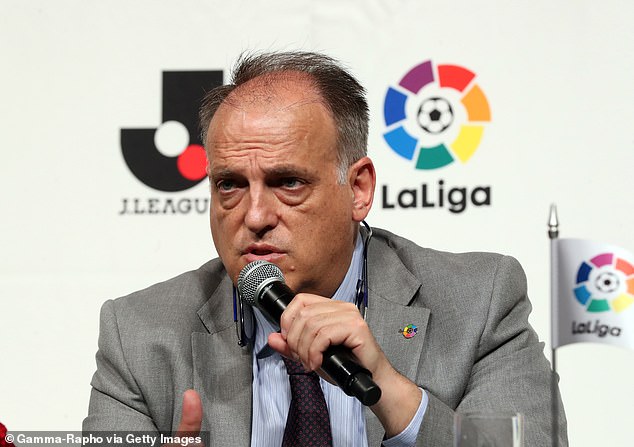 He claimed: ‘The clubs asked for an exchange of support. “You support us with the Super League, and we will play in your Club World Cup”. Killing the Champions League.

‘And we all knew that Infantino wanted to kill (UEFA president Aleksander) Ceferin, politically speaking.’

Infantino has been pushing for an expanded Club World Cup competition for several years, with the Covid 19 pandemic putting a temporary stop in its development.

He is now intent on building a competition with 32 teams – four times its current size – which many at UEFA will feel would pose a significant threat to the value of the Champions League, their most profitable commodity.