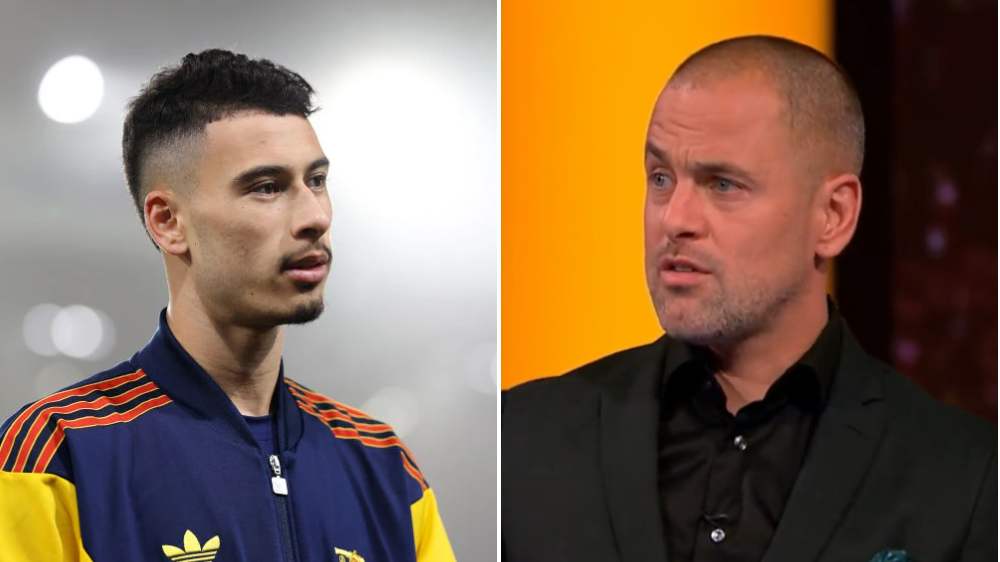 Martinelli has been one of Arsenal’s best players this season, helping the Gunners win nine of their first 10 games in all competitions to go top of both the Premier League and Group A of the Europa League.

The Brazilian has started all-but one of Arsenal’s matches this term and produced another influential display on Thursday night as Mikel Arteta’s side beat Bodo-Glimt 3-0.

Speaking before the match, former England star Cole revealed his admiration for Martinelli, calling him an ‘outstanding footballer’ and likening him to former Arsenal star Sanchez and Liverpool hero Suarez.

‘This is an outstanding footballer,’ Cole told BT Sport when asked about Martinelli’s form. ‘I’ve loved him from the moment I laid eyes on him.

‘He’s so busy, he reminds me of Alexis Sanchez and Luiz Suarez. He’s exceptional with the ball at his feet, he’s got great technique and he affects the game.

“He reminds of an Alexis Sanchez or Suarez type”

“I loved him from the moment I laid eyes on him”

‘He works so hard and I thought he was the man of the match in the north London derby [on Saturday]. When he gets the ball, there’s no thought of going back, he just keeps driving forward. He’s so tenacious.’

Arsenal legend Martin Keown was also on hand to give his verdict on Martinelli and said the 21-year-old is getting ‘better and better’.

He added: ‘Martinelli is a player that’s going to the next level now. He’s getting better and better and playing with so much confidence.

‘I think it’s good that he started tonight as well, just to keep that focus and keep that routine, although Arsenal will need him against Liverpool.’

Jurgen Klopp’s side have largely struggled this season but picked up a confidence-building Champions League win against Rangers during the week.