Former Chelsea star Joe Cole can’t believe Manchester City have already managed to establish such a significant lead in the Premier League at this stage of the season.

Pep Guardiola’s men were 10 points clear of second-placed Chelsea ahead of Saturday’s showdown between the clubs at the Etihad.

‘I’m so surprised that this Man City team have pulled away this early,’ Cole said during the pre-match coverage on BT Sport. 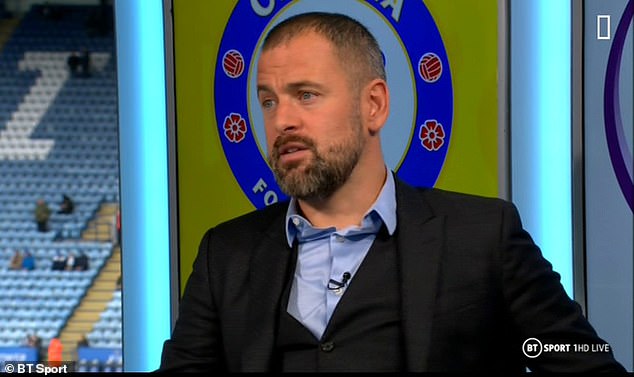 ‘I didn’t have them down as the better squad than Chelsea and Liverpool. But for Kovacic, he alluded to the fact that it’s a cup final and that’s gonna be the case for every game.

‘They have to go and win every single game. They might not be able to have a slip up. Again, Manchester City are putting the gears down and they look incredible.’

And winning every single game is something on Liverpool are capable of, according to former City full-back Joleon Lescott

‘Mathematically it will be possible (for City not to win the title), but we’ll be asking City to go on a losing streak that they haven’t done in three or four seasons,’ he said.

‘So yeah, it’s a long way back if City win this game for both teams. But if Chelsea do win, I think the biggest winners out of this will be Liverpool, because again, you’ll need to go on a winning streak that I haven’t seen Chelsea do recently. 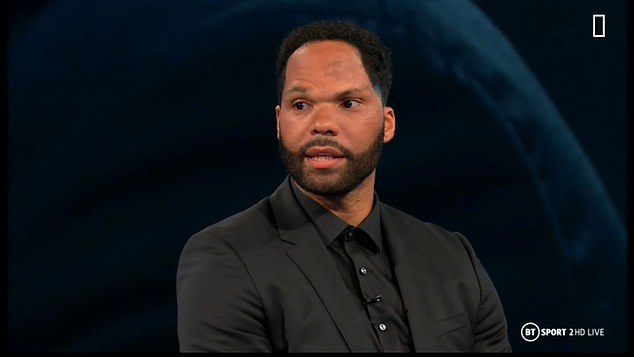 ‘You’ll have to try and win every game between now and the end of the season and only Liverpool are capable of that.

However, Rio Ferdinand sees no way in which City don’t retain their title.

‘In my mind no (City won’t be caught). I think the history tells you that the way this team play, they’re consistent. They don’t go on big losing streaks, they’ve got a manager that knows his way around winning titles, and last season again they just put their foot down and they go.

‘They went on a huge winning streak last season and they’ve replicated that again this season, 11 games on the bounce. Psychologically as much as anything, I just don’t see them falling and I see other teams fearing coming here.

How Arsenal could line up next season with Dusan Vlahovic, Youri Tielemans and one more