They were still singing long after the full-time whistle blew: first as they squashed down the platform at Kew Bridge, then slipping a few octaves down the stairs at Vauxhall before blearily serenading on the concourse inside King’s Cross St Pancras. The trail of noise had blared almost constantly since the 33rd minute at Brentford, to the tune of joy, irony and outright surprise, and there could be no doubt that it belonged to the unlikely hero of Newcastle’s new era.

It might not represent the height of lyrical genius, but then how do you go about crafting a chant for a player who until recently epitomised all that malfunctioned about Newcastle? It is impossible to paint their resurgence under Eddie Howe, having now won four of their last five league games, as any kind of underdog tale, such are the problematic foundations upon which it is being built. But for Joelinton, sprinting the full length of the pitch to celebrate in front of Newcastle’s fans after his first-half header, it felt like the crowning moment in a story of personal redemption that is far more palatable.

For much of the previous two seasons, Joelinton’s enduring work ethic had only exaggerated the sense of burden. A club-record fee acted like an anchor, wedging his heels into the pitch and leaving him a blunt and stationary target. Patience wore thin, the soundtrack was autocued to groans, and he was written off as one of the worst signings in Premier League history. The toll on his self-belief was insidious, with Joelinton’s performances each weekend a shadow of what Steve Bruce was seeing in training.

And as cruel as it seems, perhaps, those criticisms weren’t entirely unfair either. Joelinton was signed as a 22-year-old centre-forward and handed the club’s hallowed No 9 shirt, but scored just six goals in 69 league games. He was industrious but ineffective and for a while boasted the worst chance conversion rate in the league. As Bruce himself admitted, Joelinton was “not a natural goalscorer”. When looking through the lens of the striker Newcastle wanted him to be, there were few redeeming factors. 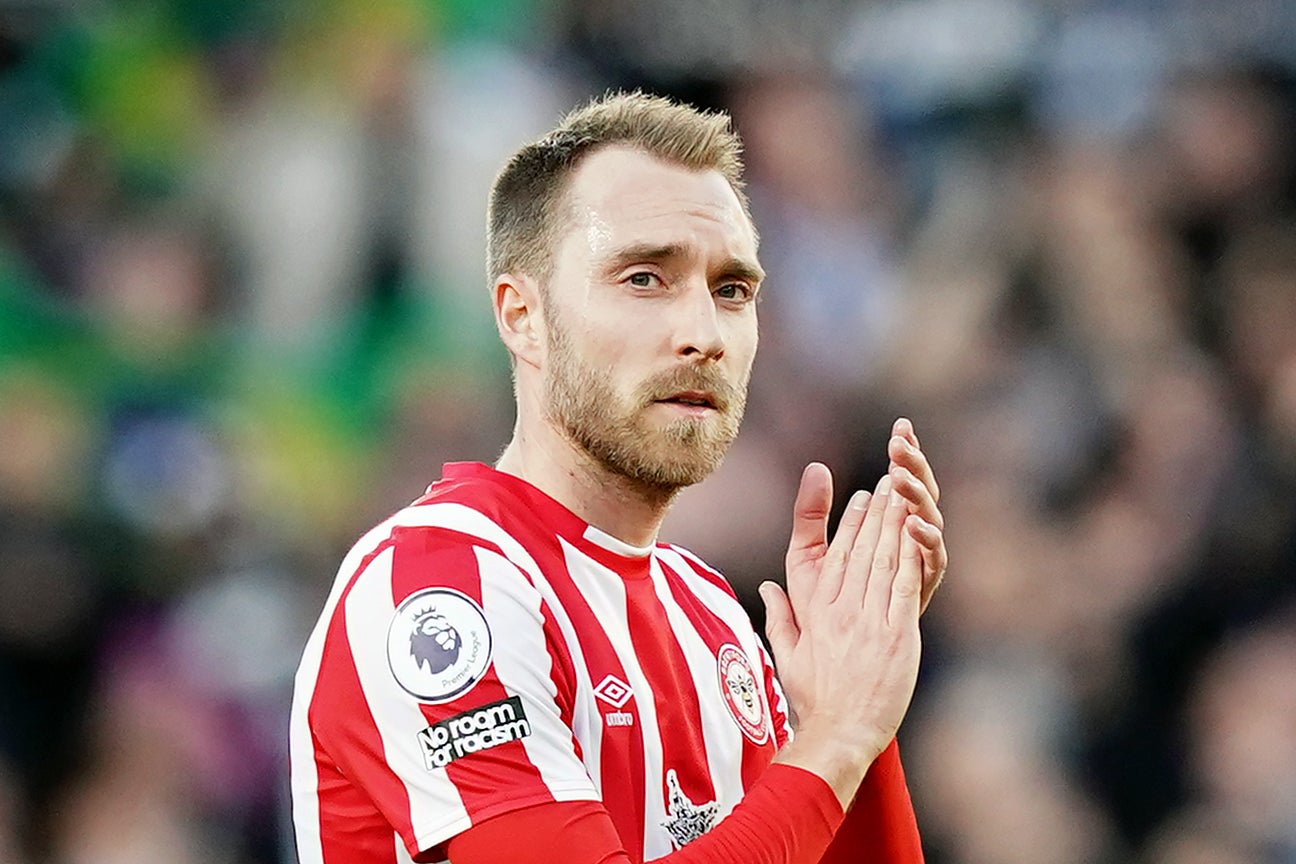 And yet, those assumptions ignored the player who Joelinton actually was. At Hoffenheim, he rarely played as a lone centre-forward, often interchanged into wide positions, and was still hardly prolific in front of goal. Julian Nagelsmann hailed him as a “machine” not because of his attacking threat, but for what he offered in terms of his intuitive pressing and his ability to retain the ball and link up with the players around him. By most available metrics, Newcastle were attempting to mould Joelinton into a role that went against what actually made him most effective.

His plight epitomised the confusion that had invaded Newcastle at all levels, from the maligned ownership to the embittered coaching staff. The acrimony and uncertainty that reigned during Bruce’s tenure afforded little room for fresh ideas or perspective. When Howe arrived at the start of November, having had the benefit of studying from a safe distance, it didn’t take long before he identified a possible solution. 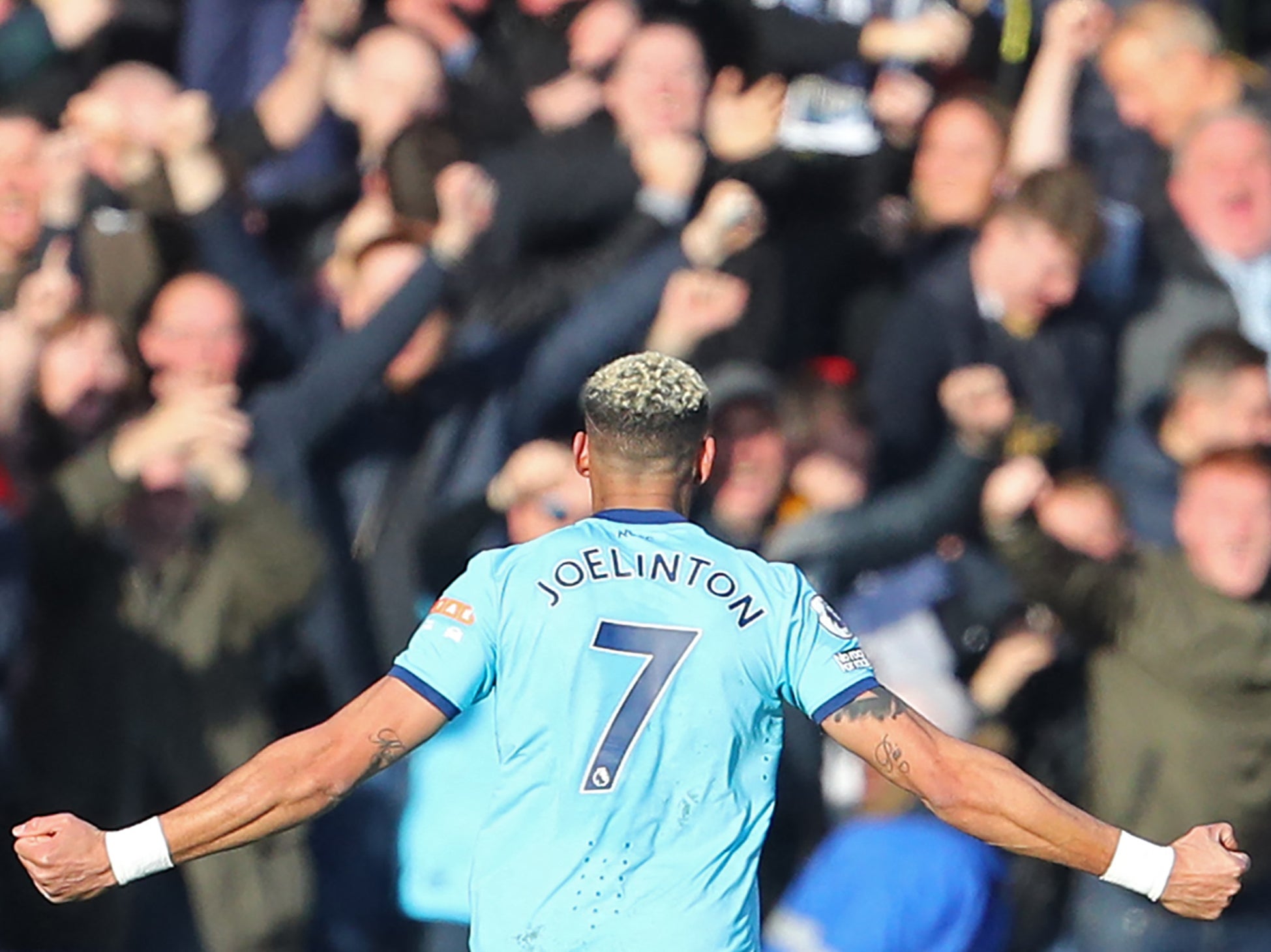 Like any great reinvention, the catalyst requires a stroke of luck too. It arrived just nine minutes into Newcastle’s 1-1 draw with Norwich at the end of November, when Ciaran Clark’s early red card forced Joelinton to drop into a deeper midfield role. “He covered every blade of grass the other night and put in tackles you wouldn’t associate with a centre-forward,” Howe said afterwards. “The tactical delivery of what we asked him to do, in two different positions, was of the highest level. He took to that midfield role with minimal instructions and delivered it absolutely brilliantly.”

Three months on, Joelinton’s goal against Brentford was just his second of the season. The stat that used to signify his contribution – or lack thereof – hasn’t actually changed. And yet, embedded on the left side of an unlikely midfield axis, he has become integral to Newcastle’s success and symbolises the structure Howe has put in place. On Saturday, Joelinton made more tackles than any other player on the pitch and won 11 out of 19 duels. He touched the ball 61 times, completed 31 passes and won three fouls. His goal was the showpiece moment, but it hardly told the story of what has been a remarkable transformation.

And as his teammates headed down the tunnel, Joelinton remained in front of Newcastle’s travelling away fans, soaking up every decibel of the support that would continue to ring out long after he’d departed. It often feels increasingly like football is losing many of its feel-good moments, and it can’t be forgotten that this new version of Newcastle represents much of what is troubling about the modern game. But for Joelinton’s own remaking, this was not just a performance but a feat of perseverance worth celebrating.