John Stones is convinced Manchester City are ready to step up and win the Champions League.

The Premier League champions will head into Saturday’s final with Chelsea in good spirits after wrapping up their domestic campaign with a 5-0 thrashing of Everton.

On a day of celebrations at the Etihad Stadium on Sunday, they were also presented with the Premier League for a third time in four years. 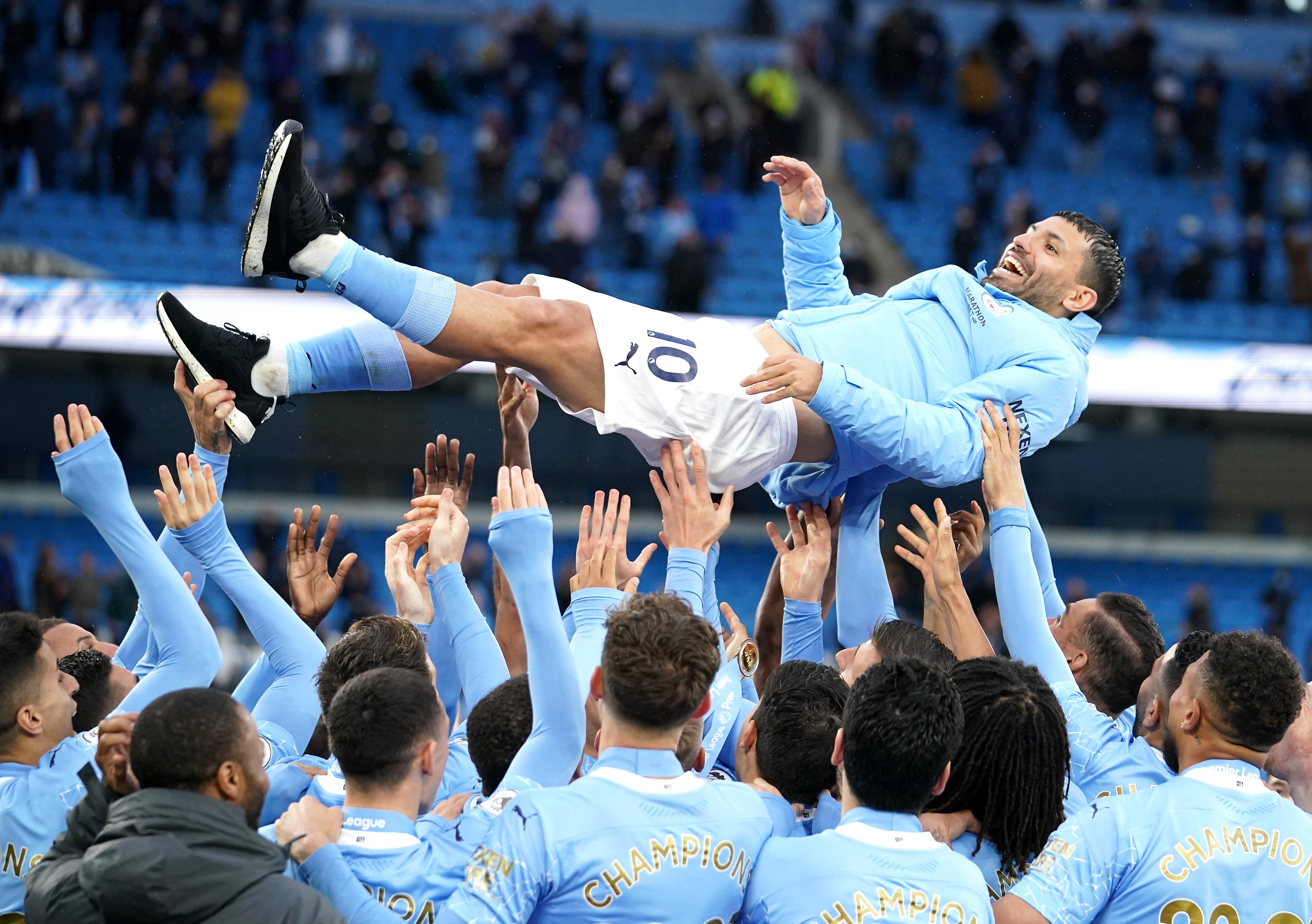 But while there was clearly some partying to be done, attention will soon turn to the serious business that lies ahead in Porto and Stones has no doubt City can handle the expectations.

The England defender said: “I’m sure everyone will be nervous but the lads wouldn’t be where they are without knowing how to control those things, big pressure, big games.

“We’ve got the calibre of players for this occasion. It is a final and we’ve been in so many finals. We’ve got the passion and desire to win it.

“To finish the Premier League on a high like that is what we needed and to go into the next game, scoring so many goals and keeping a clean sheet, is perfect.”

Sunday’s headlines belonged to City’s record goalscorer Sergio Aguero who came off the bench to score twice in his final home appearance for the club.

The Argentinian, who is leaving after the Champions League final, piled on the misery for Everton with a quickfire double after earlier strikes from Kevin De Bruyne, Gabriel Jesus and Phil Foden.

Manager Pep Guardiola paid an emotional tribute to the 32-year-old after the game and Stones also spoke about the privilege of playing alongside the prolific striker.

“It’s been an absolute honour to play with Sergio,” he said. “For me he’s the best striker in the Premier League, maybe ever.

“For what he’s brought to the team – trophies and as a person – he’s just a pleasure to play with. I’ve got some great memories that will last forever.” 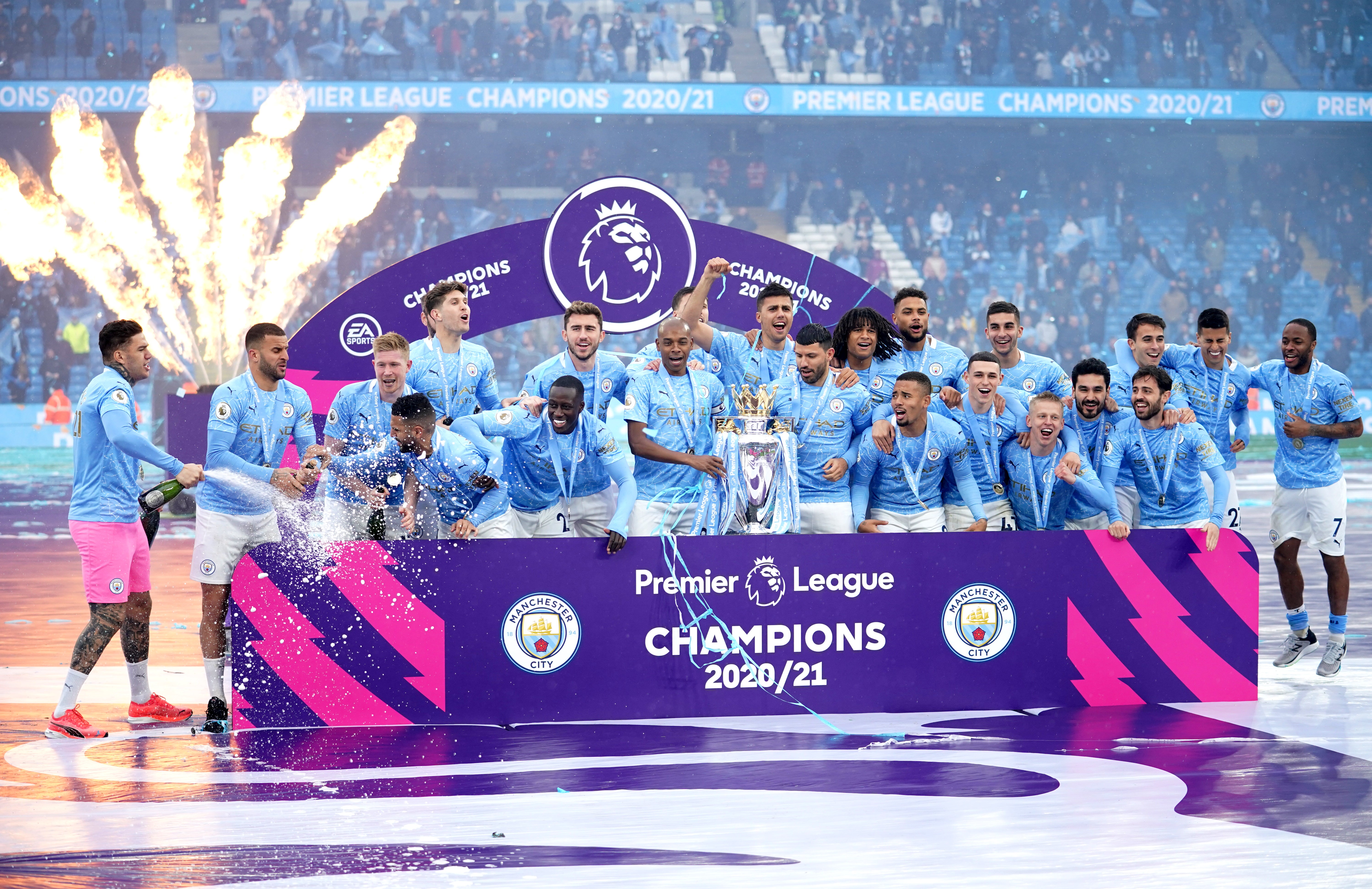 City made a slow start to their league campaign, winning just three of their opening eight games, but have ended it 12 points clear at the top.

Stones said: “It’s been an incredible season. From where we were in December, I think it shows the strength of the boys. Everyone has pulled their weight and come together as a team.

“We have got another game to go, we can make some more history but in these times – Covid times, everything different and difficult, games every three days – it shouldn’t be underestimated what we’ve all done this season as a club.”

It was a dismal afternoon for Everton, who offered little aside from an attack which won a penalty – and even that was missed as Ederson denied Gylfi Sigurdsson.

The Merseysiders began the day with a chance of qualifying for Europe but the result saw them slump to 10th and miss out. 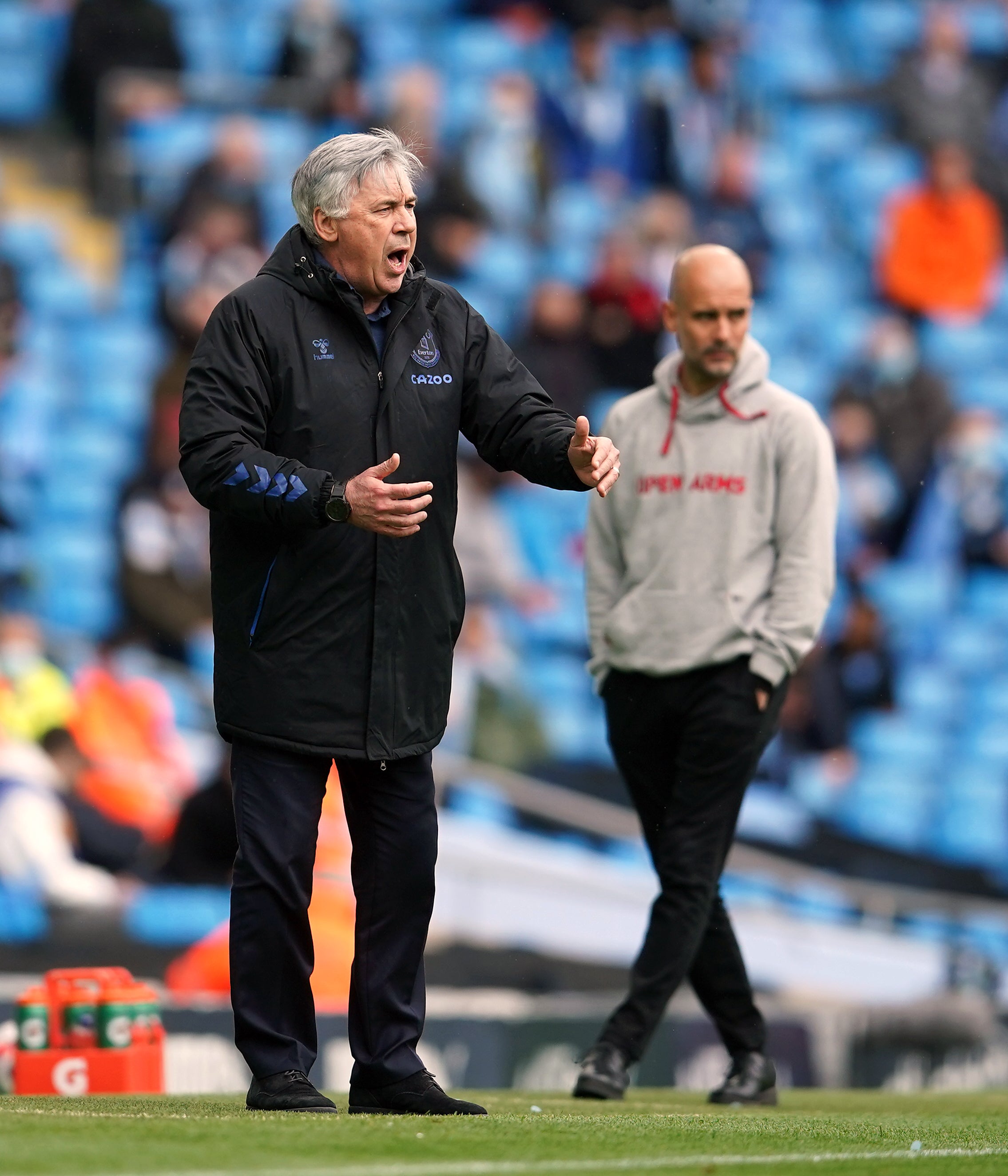 Yet manager Carlo Ancelotti still looked on the bright side and is positive about where he can take the club, with the right recruitment.

The Italian said: “I am quite happy because we improved compared to last season. We have 10 more points on the table, we had some fantastic results.

“We have an idea, a clear plan on how we can improve the squad. In the summer we are going to follow this plan.

“We have to put, in general, more quality in the squad to try to play more attractive football, to try to have more quality from the back. This is where we are working.”