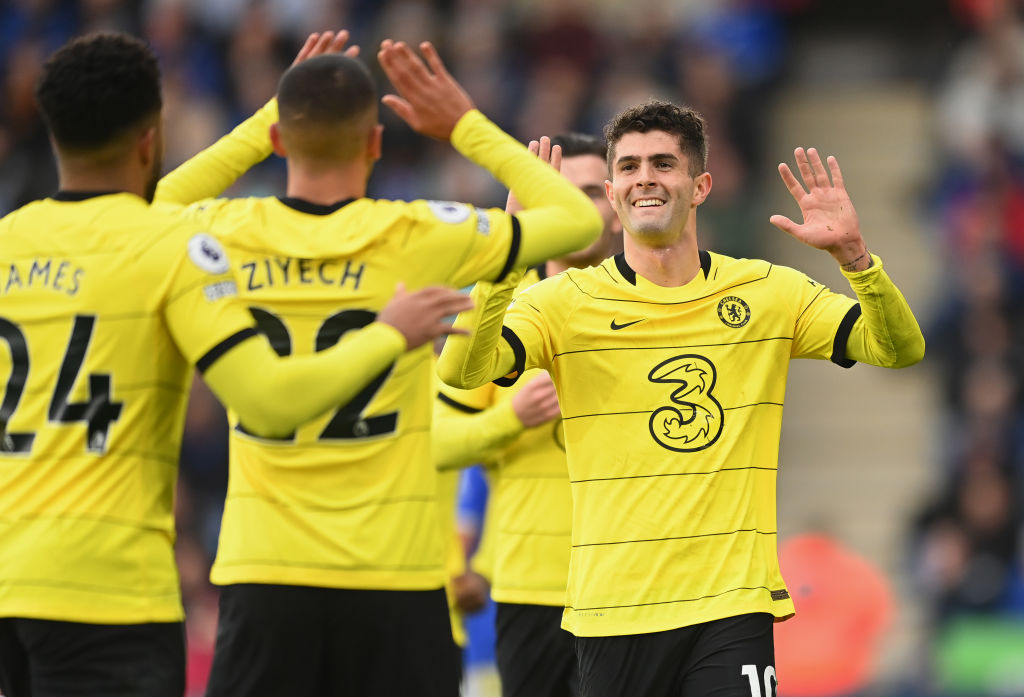 John Terry believes that Chelsea have one key advantage over the likes of Liverpool and Manchester City in the race for the Premier League title this season.

Chelsea have started the season in fine fashion, having picked up 29 points from their opening 12 top flight matches to find themselves at the top of the table and three points ahead of second-placed Manchester City, with Liverpool a further point behind.

The Blues put in another fine performance on Saturday to dismantle Leicester City 3-0, despite being without star striker Romelu Lukaku, who remains out with an ankle injury he sustained last month.

And former Blues captain Terry believes that Chelsea’s strength in depth gives them an advantage over the other title challengers.

‘Liverpool look a threat, they’ve got so many goals in them going forward,’ he told BeIN Sports.

‘Defensively I look at [Virgil] van Dijk and think I’m not sure who gets past him. We all have an off day, which he will, but at the same time they look very solid.

‘Just having that threat up front, we had it at Chelsea years ago with [Didier] Drogba and [Arjen] Robben and those type of players.

‘You just feel like you’re going to outscore other teams.

‘I think the strength and depth in their [Chelsea’s] squad looks to me by far the best in the league.

‘They’ve coped really well without him [Lukaku] and they’ve got players who turn up and score goals as well. I’ve been really impressed how they’ve dealt with it.

‘Having Lukaku back in the run up to Christmas will be a big boost as well.’

Chelsea host Italian giants Juventus in the Champions League on Tuesday, before welcoming manageress Manchester United to Stamford Bridge in the Premier League on Sunday.

Ivan Cavaleiro exclusive interview: Fulham forward on fighting until the end and learning from Scott Parker