Arsenal boss Jonas Eidevall knows his side will have to produce another stellar performance to get the better of Women’s Champions League holders Lyon and book their place in the quarter-finals.

The Gunners had made a spectacular start to their European campaign by crushing Lyon 5-1 in the away fixture during October.

Eidevall accepts there can be a sense of complacency as Arsenal aim to progress, with a draw at the Emirates Stadium on Thursday night enough to put them into the last eight with one game to spare.

“It (5-1 win) was a combination of both a very good performance, but we also scored at very good times in the game, everything aligned that night,” the Swede said. 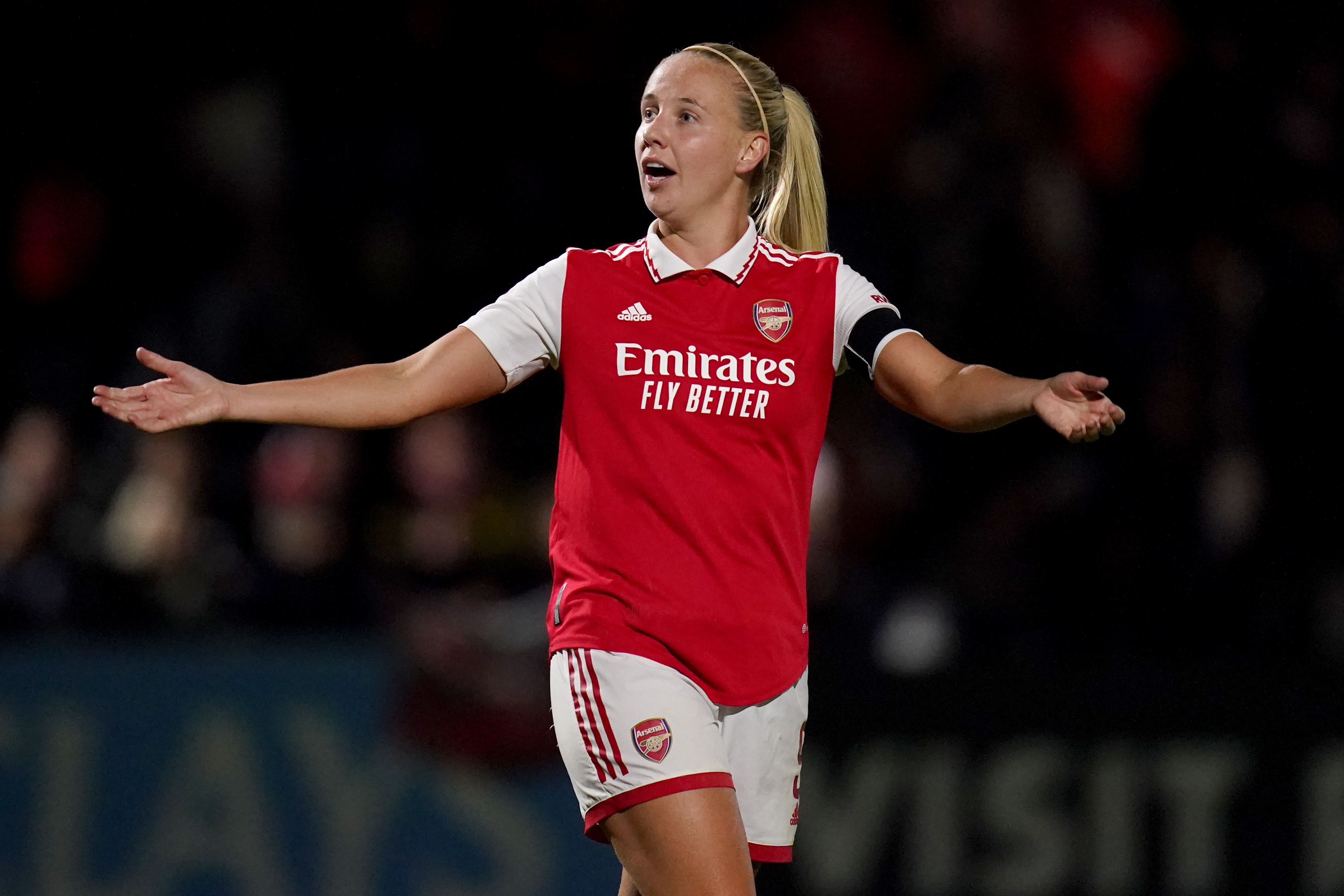 “It was beautiful to be a part of, but we can’t really hold on to that forever, so it is a new performance tomorrow and we need to be ready for that.

“We know that we can achieve qualification, we can win the group tomorrow and that’s huge for us. We are going to do our very best in trying to achieve that.”

Eidevall is full of respect for what Lyon, eight time winners of the elite European tournament, have achieved.

“They were very early pioneers in investing in the women’s game on a truly professional level,” he said. “They have been the club that has been setting the standards for all others to chase and are the reigning European champions.

“We have the utmost respect for their history and for their team. We know it is going to require an incredible performance for us in order to get the result we like.”

Gunners captain Kim Little has returned to training from a knee problem, but may not be risked, while forward Lina Hurtig should be available following her own recent injury lay-off.

Arsenal defender Steph Catley maintains the players will be fully prepared to tackle a Lyon side out to make amends for October’s defeat.

“They are another incredible team and I can’t imagine that they would let that (result) happen again that easily, so are ready for anything,” the Australian said.

“They are the gold standard – winning something like the Champions League that consistently (shows) they are doing something right.

“Lyon are always signing incredible players, they come together as a team and are very, very hard to beat. They are one of those teams that when they are not having a great night, they still figure out a way to win.”