Liverpool captain Jordan Henderson said the Premier League champions cannot use injuries as an excuse as they look to defend their title crippled by a lengthy absentee list.

Henderson spent the second half of Sunday’s draw at Fulham playing at centre half after Joel Matip suffered a back spasm. That came on the back of news that attacker Diogo Jota is out for six to eight weeks with an injury picked up on European duty in midweek.

Liverpool manager Jurgen Klopp has bemoaned his team’s heavy schedule this season but Henderson said: ‘I’ll let you talk about that, and the amount of games players are playing, especially European teams. 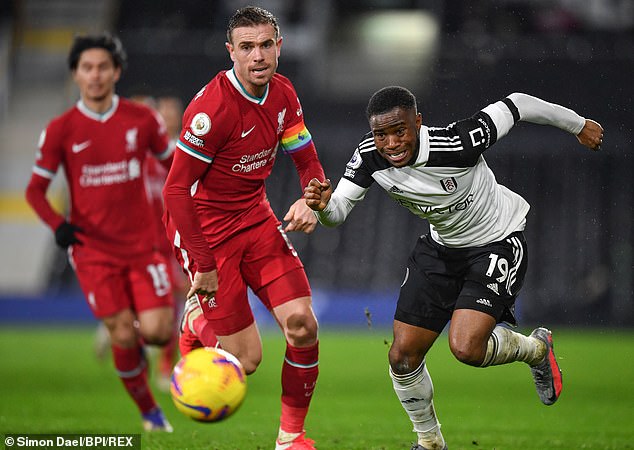 ‘I don’t want to stand here and make excuses, we just have to prepare and play when we’re told. We flew back from Denmark, prepared well, but for whatever reason we didn’t start this game well. But again, the good thing is we reacted well.’

Liverpool will hope Matip is fit for Wednesday’s game with Tottenham at Anfield.

Klopp said: ‘We are not struggling, it’s just that the replacements are getting younger and younger.

‘That’s how it is. We hope Joel is OK. If not we will have to find a solution.’ 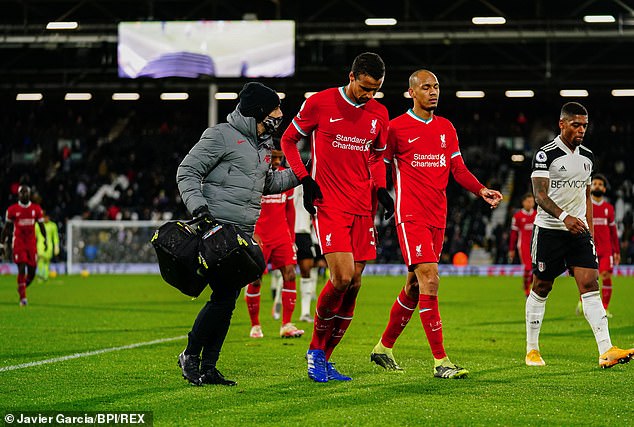 Fulham took a deserved lead in the first half on Sunday but a Mohamed Salah penalty with 10 minutes to go gave Liverpool a point.

Klopp felt there may have been a foul on Salah in the run-up to the Fulham goal but also said his players needed to wake up after a poor start.

‘I cannot write a book, throw it on the pitch and tell them to read it,’ he said. ‘So what I wanted was to just shake themselves and start again. ‘A good start of the game is nice, but if you don’t start well, then you can start again, start again and start again. 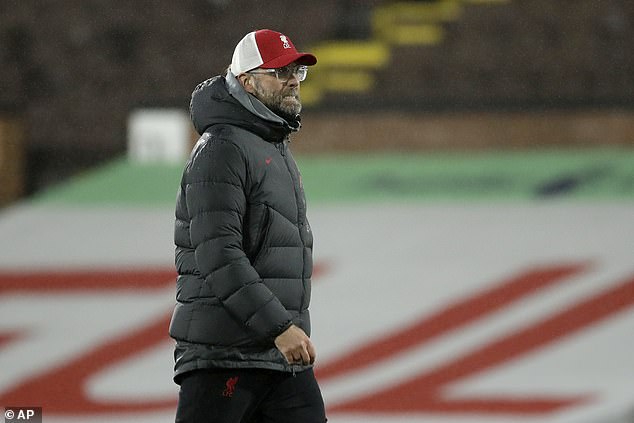 ‘We needed half an hour, pretty much, to get our feet in the game. So that’s why I shouted a bit at them. After that it was a little bit better. The second half, it was good.’

Fulham boss Scott Parker was delighted with his team but felt they should have had a penalty in the first half following a challenge by Fabinho on Ivan Cavaleiro that referee Andre Marriner chose not to award after looking at the pitch-side monitor.

Parker said: ‘It was not even one we should discuss. It was a clear penalty.’