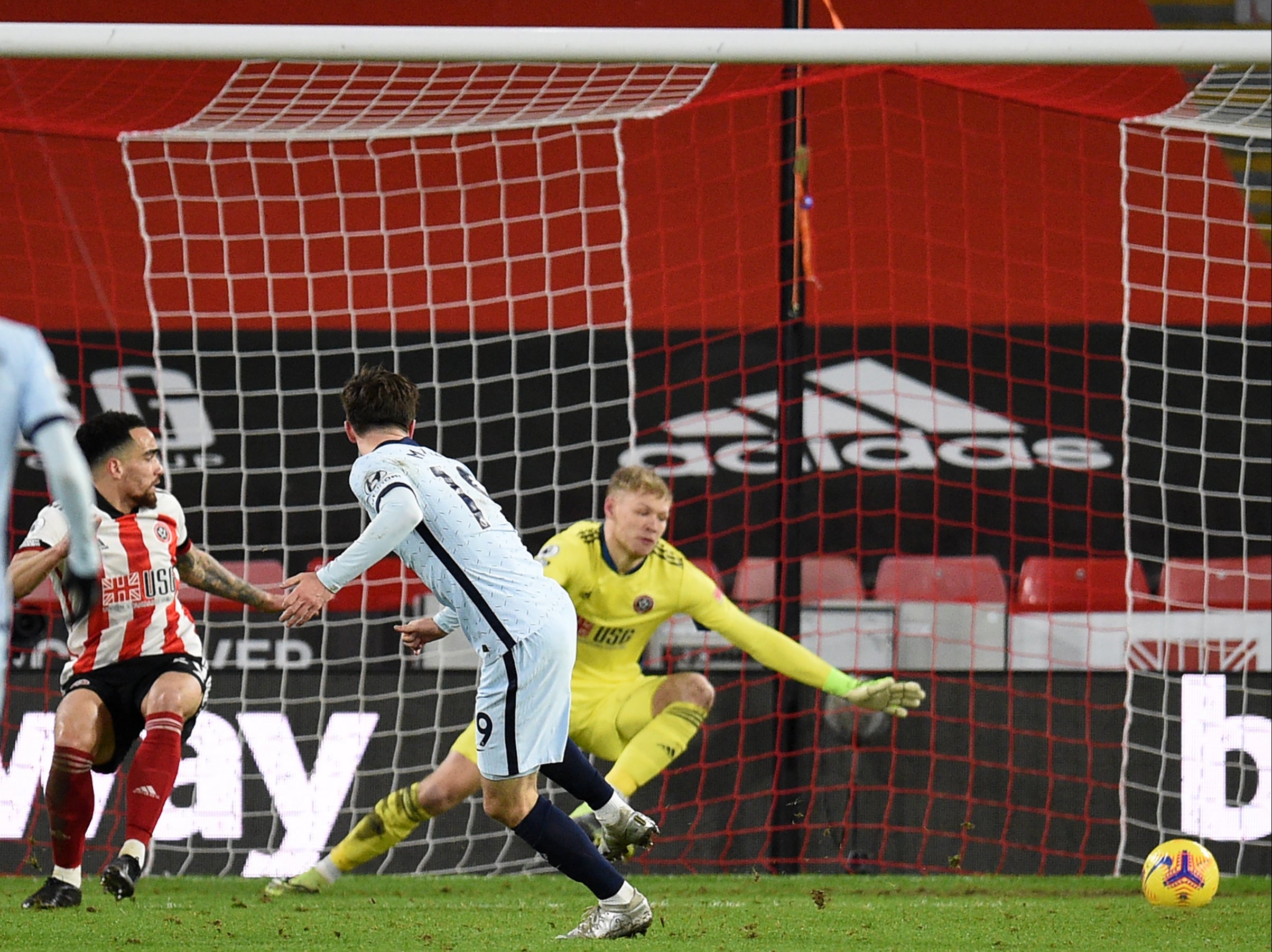 Aaron Ramsdale raced off his line and Werner lifted over the goalkeeper, but Chris Basham was on hand to scramble back and clear the ball before it crossed the line or Mason Mount had a chance to turn it home.

Chelsea were given a reprieve by a VAR decision after 13 minutes when a clumsy challenge from Ben Chilwell on Basham saw referee Kevin Friend point to the penalty spot. However, the video replays showed Basham was offside when he received the ball and instead it was a free-kick for the visitors.

At the other end there was a let-off for the Blades when unmarked pair Chilwell and Cesar Azpilicueta got in each other’s way at the back post from a free-kick, allowing Ramsdale to swoop and smother the ball. 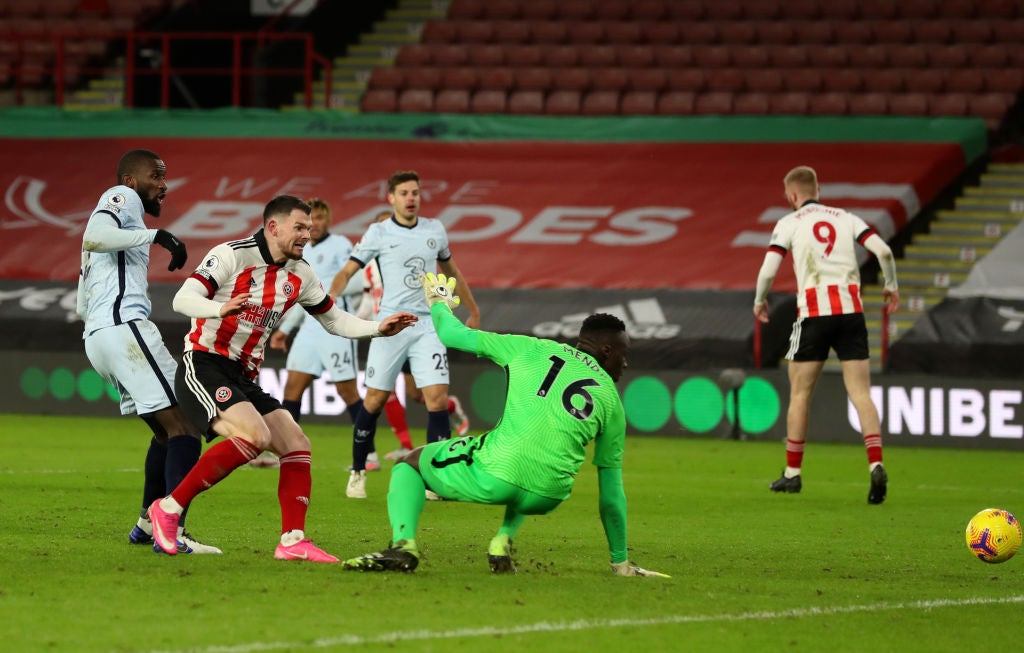 Chelsea were looking dangerous down the left, with Chilwell taking up some good positions and putting plenty of crosses into the penalty area. However, some solid defending kept them at bay, with Kean Bryan making one heroic block.

That was until the 43rd minute. A lovely one-two saw Werner dart into space down the left flank before cutting the ball back to Mount, who expertly steered his shot into the bottom corner of the net from around 15 yards out.

However, the Blades were gifted an equaliser 10 minutes into the second half when Rudiger poked the ball past Edouard Mendy. The defender played a blind back pass from inside the penalty area to his goalkeeper, who was on his way out to collect the ball – which rolled into the unguarded net.

The hosts were not level for long, though. A defensive error of their own saw them fall behind once more. 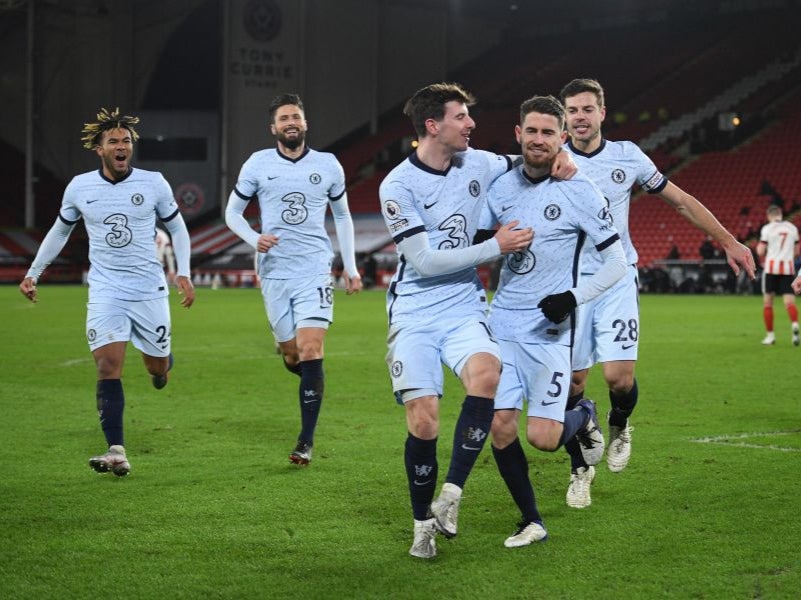 Chelsea celebrate after Jorginho scores from the spot

Werner darted on to Bryan’s loose back pass into the box and knocked the ball around Ramsdale before being brought down out by the Blades goalkeeper.

Referee Friend waved play on but was instructed to consult the pitchside monitor and, after taking a look, awarded the penalty, which Jorginho coolly slotted away in his usual nonchalant style.

An acrobatic effort from Billy Sharp would have rescued a point for the Blades in stoppage time, but Mendy made a fine sprawling save to ensure Chelsea held on for the win.