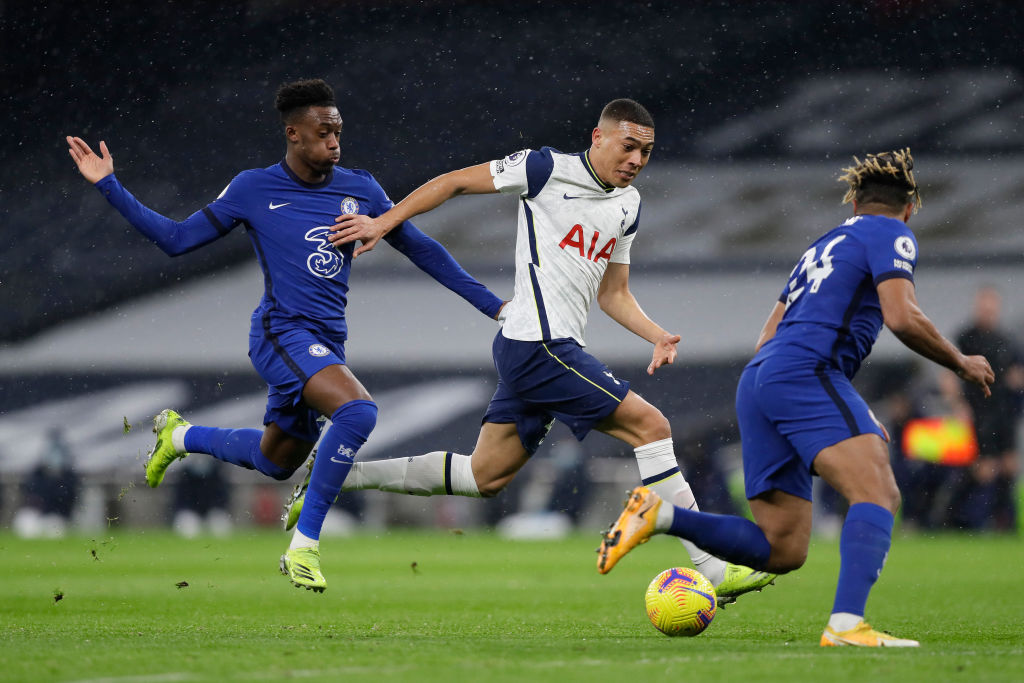 Tottenham head coach Jose Mourinho took aim at Carlos Vinicius after the side’s 1-0 defeat to Chelsea and said the striker failed to press properly and lacks ‘understanding’ in this area of his game.

Jorginho converted from the penalty spot after Eric Dier brought down Timo Werner with a clumsy challenge midway through the first half and the Italian’s spot-kick proved decisive at the Tottenham Hotspur Stadium.

Spurs once again looked blunt in attack without their talisman, Harry Kane, and Carlos Vinicius fluffed a golden opportunity to equalise at the death as he rose well to meet Serge Aurier’s cross before firing his header wide of Edouard Mendy’s post.

Dier and Son Heung-min also missed late chances to draw level and Chelsea held on for victory to consign Spurs to a third straight loss in the Premier League. The result means Thomas Tuchel remains unbeaten since replacing Frank Lampard.

‘It was a bit of a struggle but how many chances? The penalty?’ a frustrated Mourinho told BT Sport when asked to assess the match.

‘To lose a game with a penalty like this is a bit painful but in the second half we were different, this period was different, confidence too.

‘To finish this game with this positive spirit helps.’

Mourinho admitted Chelsea – who he managed across two previous spells – were in control for large periods and suggested they were helped by Carlos Vinicius failing to apply any pressure with his positioning off the ball.

‘They played the way they played, they open the two wing-backs, they bring [Cesar] Azpilicueta on the right quite wide, this is a dynamic that they had from previous seasons,’ the Portuguese continued.

‘They are very comfortable going back to that and it was not easy for us to control.

‘Vinicius, for example, is a player that has incredible spirit but his understanding of how to press, the positions on the pressing are not something that he’s still comfortable with so it was difficult, yes, but no chances.

‘And then in the second half I think it was much more difficult for them.

‘We press them much better and higher, we brought a different spirit to the game and in the second half I believe we deserved a bit more.’