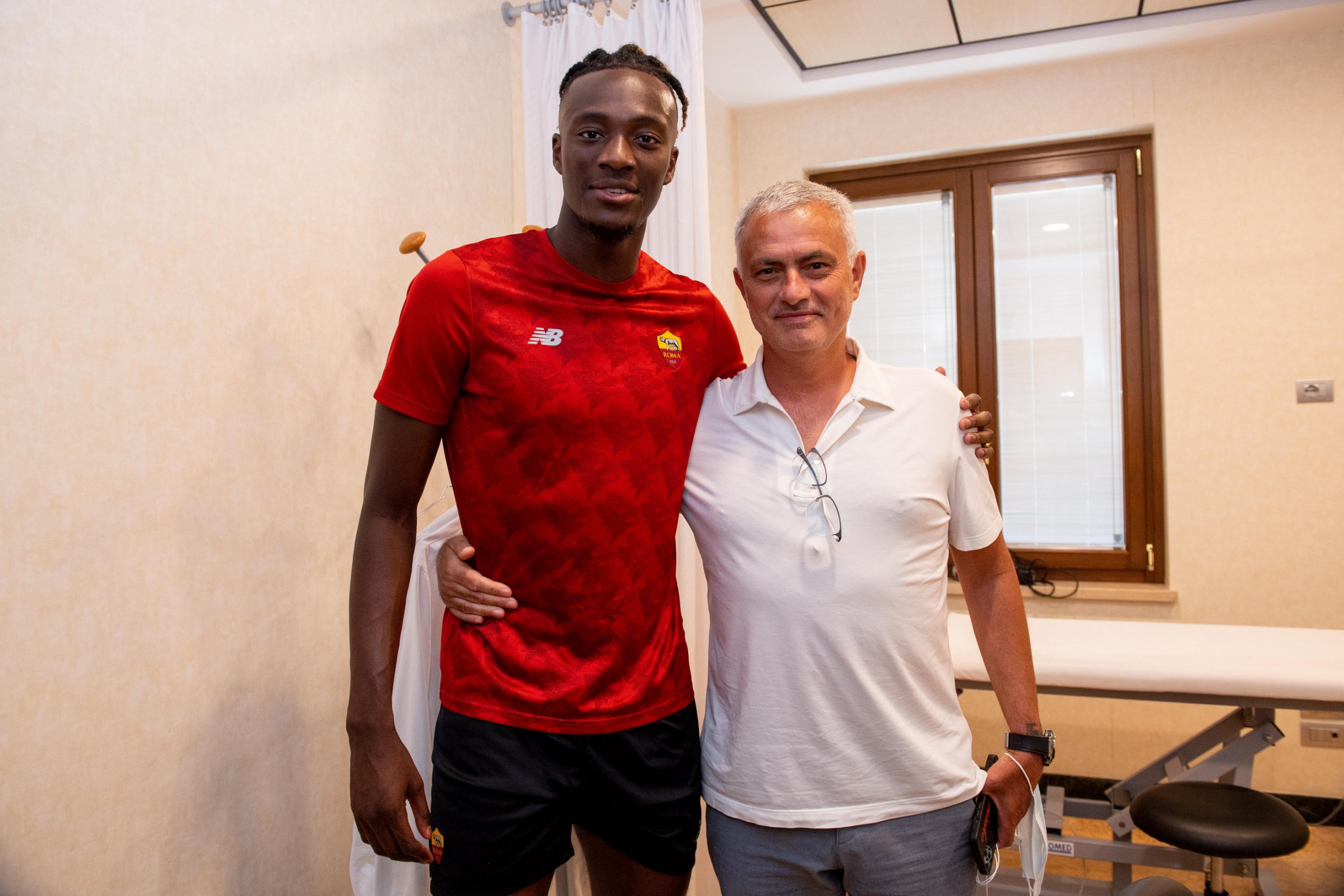 Jose Mourinho believes Roma have pulled off a coup by signing Tammy Abraham from Chelsea.

The Champions League holders have been open to selling Abraham since the start of the window and the striker had attracted interest from several clubs including Arsenal, West Ham and Aston Villa.

Abraham has scored 30 goals in his last two seasons for Chelsea and Mourinho says he has ‘total confidence’ that the 23-year-old will hit the ground running in Serie A.

‘The reality is that we started pre-season thinking that we had [Edin] Dzeko and what happened was a bit of a surprise for all of us,’ Mourinho told Roma’s in-house media.

‘In an incredibly difficult market and in a financial situation that is difficult for every, or more precisely almost every club, having the willingness, the ambition, the respect for the fans’ emotions and reacting in this way after losing Dzeko and bringing in Tammy Abraham was a real coup.

‘Even if he hadn’t joined I still would’ve had a positive view of the owners and the general managers given they did everything possible to react to the departure of a top player like Dzeko. They’ve been fantastic.

‘As for Tammy, I prefer to say, ‘wait and see’. I say that with total confidence.

‘I know him as a player and as a person in terms of his mentality.

‘I know how he made the decision to leave the Premier League, which is always tough for an English player. That tells me so much about him.

‘He comes here with that ambition and we hope to see his best qualities as a player.

‘With Tammy, Eldor [Shomurodov] and Borja Mayoral we have attacking options that I’m very pleased about. We don’t have the experience of players who are 30, 33 or 35. We don’t have the experience that you might see at Juventus with Cristiano [Ronaldo], at Milan with Giroud and Zlatan [Ibrahimovic], [Luis] Muriel and [Duvan] Zapata [at Atalanta], given they they are all established and have a wealth of experience.

‘We don’t have that but in terms of potential I couldn’t be happier with the players that we have.’