Home » Soccer » Josh Magennis: There will be tears if Northern Ireland reach Euros

Josh Magennis says there will be tears if Northern Ireland beat Slovakia on Thursday to book their place at next summer’s European Championships.

Victory for Northern Ireland at Windsor Park on Thursday would take Ian Baraclough’s side to their second consecutive Euros, and their second major finals in the 34 years since reaching the 1986 World Cup.

Hull City striker Magennis is under no illusions as to the significance of what qualification for another Euros would mean for the country.

“It would be absolutely massive,” said Magennis who was a part of the Northern Ireland squad at the 2016 finals.

“To say you got to one major tournament is beyond believable, to say if you were able to get to two, to go to both, it will be class.

“There will be as much tears as there was the first time, so it will be amazing.

“If you need any more inspiration or you need to get yourself geed up for these games, then I think you are in the wrong sport.” 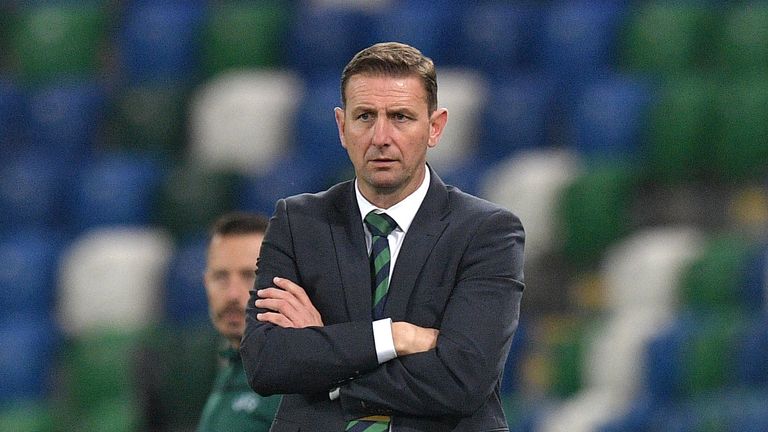 A total of 1,000 fans will be allowed to attend the game at Windsor Park, it was announced last week.

Supporters were invited to enter a ticket ballot and those successful will be allocated socially distanced seats for the game. Northern Ireland captain Steven Davis echoed Magennis and believes his teammates ought to savour the experience of facing Slovakia.

Davis is a veteran of Euro 2016, having captained the side that made the last 16 under the stewardship of Michael O’Neill four years ago.

The Northern Ireland captain knows all about creating history on the international stage after all, having recently surpassed Pat Jennings (119) to become the most-capped player for his country.

“For me as well, I am probably getting to the latter stages so I don’t know when these opportunities come around again,” said Davis. 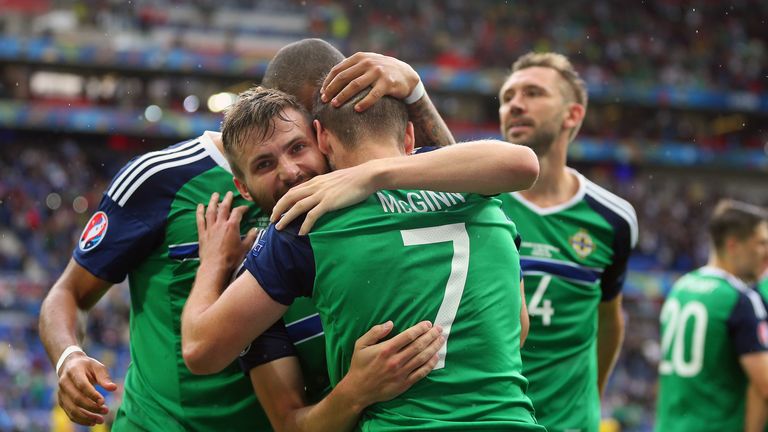 “Even the message to the younger players would probably be the same because you just don’t know in football.

“When you get these opportunities, and when they do come around, you have to try to make the most of them.”

The 35-year-old will move level with the British caps record of 125 held by former England goalkeeper Peter Shilton, if he plays in all three of Northern Ireland’s games during the current international break.

It all adds up to what could be another special week for the midfielder who is hoping to add another extraordinary milestone to his collection.