Celtic star Josip Juranovic has revealed he is deliberately blanking out all of the intensifying transfer interest surrounding him to focus solely on Croatia’s bid for World Cup glory.

Linked with Atletico Madrid and several English Premier League sides, the right-back bolstered his market value with an outstanding display for his country in last Friday’s dramatic quarter-final success over Brazil.

Juranovic will again be one of Croatia’s key men when they seek to overcome Lionel Messi’s Argentina in Qatar tomorrow evening and replicate the 2018 feat of reaching the final. 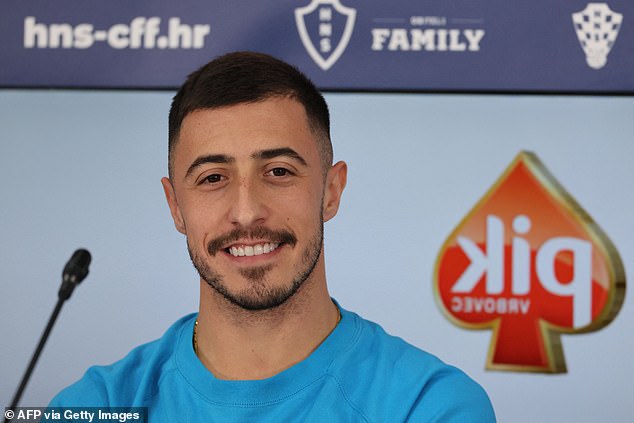 The 27-year-old will be watched by interested clubs who are aware he could leave Celtic next month after contract talks stalled.

With his existing deal running until 2026, however, the Parkhead outfit would bank a huge profit on the £2.5million paid to Legia Warsaw in August 2021 and have already signed Canada’s Alistair Johnston as a potential replacement.

Juranovic, though, has been clear with his representatives that he doesn’t want to hear anything about a possible switch until after his World Cup mission is complete.

Asked how it felt to have his name mentioned in connection to Atletico, Juranovic said: ‘Honestly, I haven’t read what was written since we arrived at the World Cup.

‘We’re just focused on the national team. I even told my agent not to send me anything. I’m not interested at all right now.

‘I want to do something for myself, my future sons and daughters, I want to tell them the story of what we did and to be proud.’ 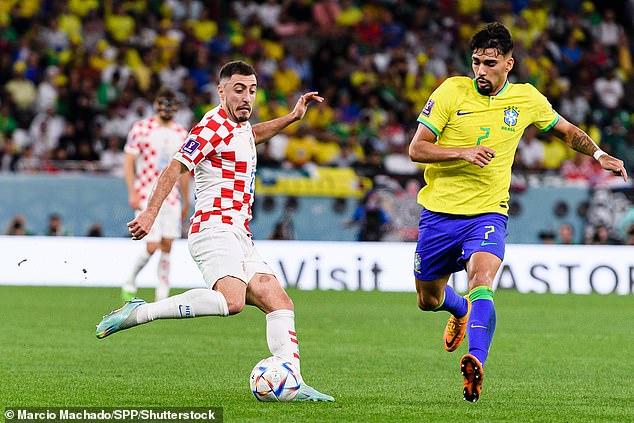 Joining Celtic has been a critical staging post for Juranovic in his bid to develop his career. Recognising he didn’t previously have the profile of other Croatian players, he stressed that mental strength has been an essential ingredient in his rise to prominence after starting out with Dubrava and Hajduk Split in his homeland.

‘I may not be a player worth 20-30 million euros, as today’s media put out all kinds of figures, but you must know one thing,’ he said. ‘I never gave up, even when I was in Hajduk and Dubrava —and neither now at Celtic nor with Croatia.

‘My parents taught me to look forward and not look at what others write. There was scepticism in Hajduk, but I always looked forward. Life tells strange stories, I stuck to my point that I needed to prove myself on the field.’

That iron will extends to locking horns with Messi and Co. Rejecting any talk of being scared by Argentina, Juranovic instead pointed to the exceptional unity within Croatia’s squad.

‘Honestly, we shouldn’t be afraid of anyone and we should look at ourselves,’ he said. 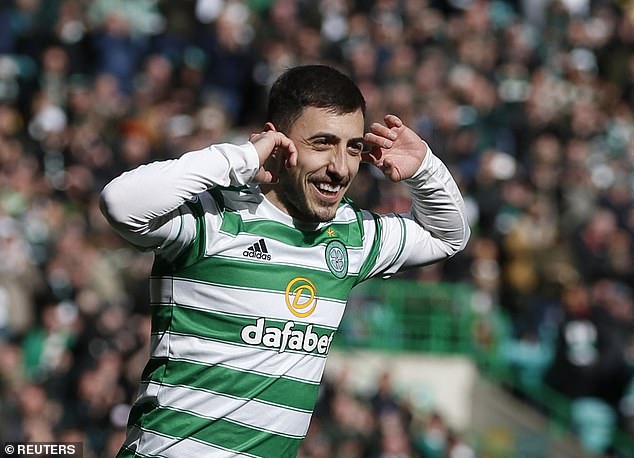 ‘Tomorrow we will look at the analysis with the coach and decide how and what to play.

‘The secret is that we are all a real family and we stick together. We breathe for each other from the first minute to the last, and that is simply the secret of our success.’

There is also no little quality within Zlatko Dalic’s squad. While now lacking a striker of the class of Mario Mandzukic, Croatia have one of the best midfields in the tournament.

‘Luka, Marcelo and Mateo is the best Croatian midfield, I don’t know when it will happen again,’ admitted Juranovic.

‘Passing the ball to them is safer than putting your money in the bank.

‘It’s easier when you play with them. I’m lucky enough to share a dressing room with such players and be able to buy into that knowledge.

‘I’m very happy to be there. We want to make our people happy, to come home proud and with our heads held high. Argentinians also want that, and we are such a small country with a big heart.’ 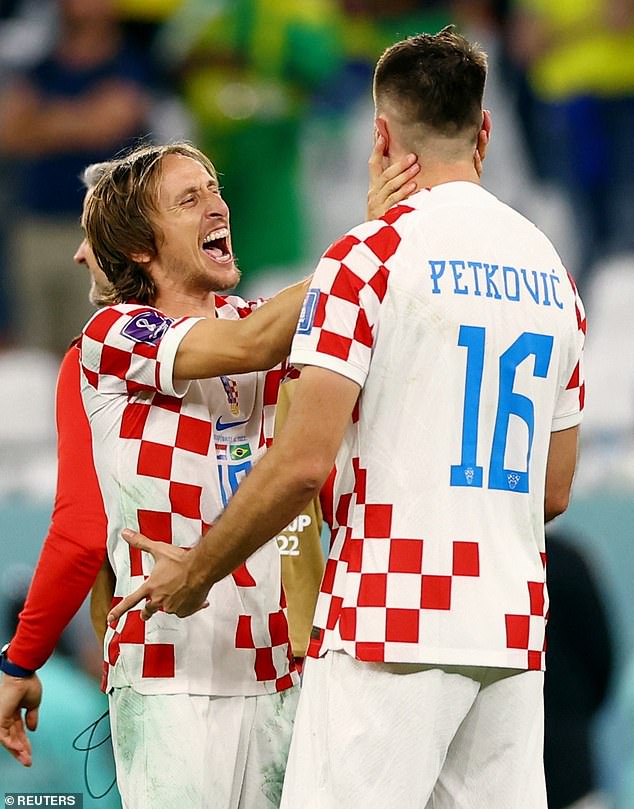 ‘I had the opportunity to play against him with our clubs, as well — I lost,’ said Juranovic, as he reflected on this season’s Champions League games against RB Leipzig with Celtic.

‘As a person, Josko is a boy who enjoys every moment, he likes to be on the football pitch and he enjoys being in the national team and hanging out with all of us. I expect that he will have a great career.’

‘We don’t have a specific plan yet for stopping Messi and usually we don’t concentrate on stopping one player, but the entire team,’ said Petkovic. ‘We will try to stop them as a team and not with man-marking. Argentina are not only Messi, they have a number of great players. We have to stop the entire Argentina team.’ 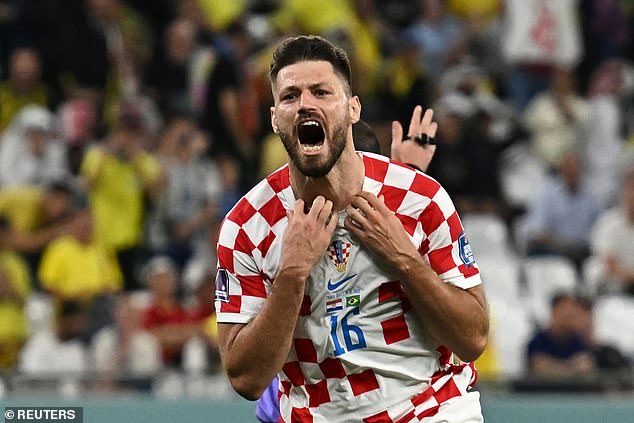 ‘I am becoming more and more aware of the magnitude of this goal with each passing day,’ he said. ‘Maybe I will experience something similar in the semi-final or beyond.’

Amazingly, Croatia have now won all four shoot-outs they have taken part in at World Cups. Asked about the secret of their success in such nerve-shredding moments, Petkovic hailed the team’s mental strength, as well as the prowess of keeper Dominik Livakovic who saved one spot-kick against Brazil after also three in their last-16 shoot-out against Japan.

‘I think many people who are not professional footballers can take successful penalties,’ said Petkovic. ‘The difference, though, is how mentally tough you are. There is huge pressure that you have never experienced before. But it also helps when you have a world-class keeper.’