Home » Soccer » Juan Mata interview: Next step on Common Goal journey as adidas pledge one per cent of net sales on footballs

The initial plan upon the launch of Common Goal was to announce 11 founder members – a dream team of players prepared to pledge at least one per cent of their annual salary to good causes. But that first step of the journey can be the hardest.

Unable to persuade enough of his peers at that point, Juan Mata went it alone. Four years on and Common Goal has more than 200 members, including the UEFA president. Now adidas are on board – pledging one per cent of global net sales from every football sold.

“It is very special for me,” Mata tells Sky Sports. “I am happy for Common Goal, adidas and myself. But more importantly, I am happy for the many people who will benefit from this partnership. We can be proud of what we are doing and this is just the beginning.”

With superstars of the women’s game, Pernille Harder, Megan Rapinoe and Alex Morgan, also committed to an organisation that now helps charities in 90 countries all over the world, could Mata have expected that this bold vision would gain such traction?

“We were dreaming that this could happen but we did not know. I announced it myself hoping that others would follow. Thankfully, many have done and I am sure that many more will do. The more we grow, the more people will benefit – and that is the ultimate goal.

“Some people ask me if I would have liked different names or more players from more teams. That is true. There were times when I wished more people would join, but I like to focus on the ones who did join. I prefer to highlight that instead of feeling frustrated.”

Football is a team sport, and so is social change.

That’s why we’re pledging 1% of global net sales from Footballs to @CommonGoalOrg from now until 2023, growing the movement aiming to mobilize the whole football world to tackle our global challenges.https://t.co/M4GqWgUUos pic.twitter.com/0cCoNtkHQZ

Two aspects have helped. Firstly, the simplicity of the idea makes it a straightforward sell to prospective members. “We all know that it is about pledging at least one per cent of our annual salary,” Mata explains. “It is easy for everyone to remember that rule.”

Secondly, the element of teamwork appeals. The chance to be part of something bigger than any individual foundation. “With my one per cent, we could not do much,” adds Mata. “But with over 200 members, we really can start to help many people.”

Those helped included the OSCAR Foundation in Mumbai, empowering children from poor communities. Then there is Tiempo de Juego, a project on the outskirts of Bogota using football to promote peace in a notoriously dangerous neighbourhood.

Mata visited both in person before the pandemic hit. He remains inspired by the trips – “the special moments on the journey and the special people we have met” – and it is the knowledge that he can make a difference to lives there that continues to drive him on.

“I would recommend those trips to anyone,” he says.

“Going to India and Colombia sparked a combination of feelings because it was great to see the work that they were doing, the kids who were being helped. But it was also sad and frustrating to see the conditions that many people are still having to live in. 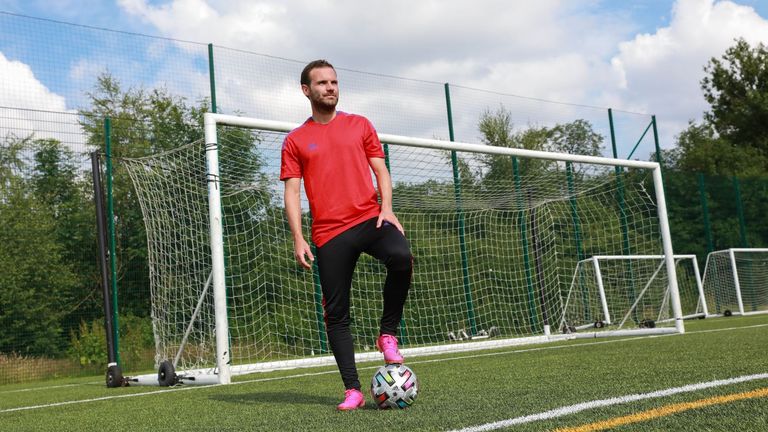 Mata had planned many more trips before the pandemic halted his plans. “There are many ideas, to be honest. Bear in mind that we work with organisations across five continents. Maybe I will go to Africa next time because we have many organisations there.”

The coronavirus has only added to the urgency of the mission. Common Goal quickly set up a Covid-19 response fund, aware that the impact of the virus has only exacerbated existing inequalities. In some parts of the world, the wait for a vaccine is ongoing.

“You have to think that when a pandemic hits, normally the people who were already in harder circumstances are the ones who are going to be hit worse. Unfortunately, in many of the countries that we are working, they have been very badly hit.

“That is something that will hopefully change soon because this movement is trying to create a more balanced and fair society.”

It is an ambitious vision but the collaboration with adidas is a reminder that momentum continues to build. Mata has signed a one-year contract extension with Manchester United but the expectation is that Common Goal can grow long beyond that. 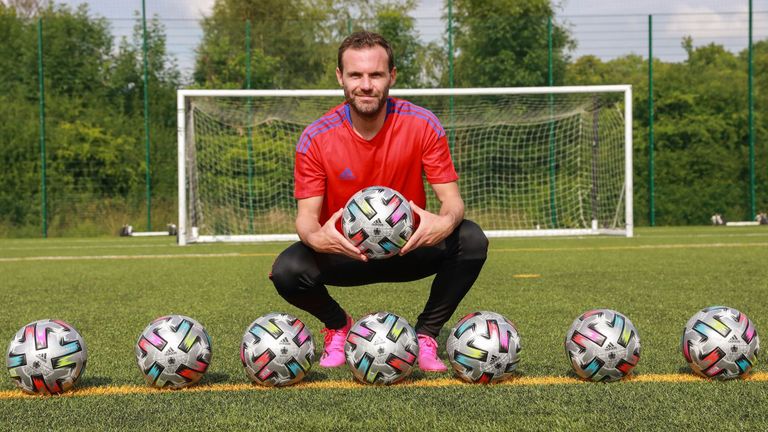 “There are many kinds of support and the people who do not have the means can have an important role in spreading the word. But most of us, whatever our salary, can live with 99 per cent. The important thing is not the amount, it is the meaning of it.

“I want people to understand what Common Goal is about. It is not only about pledging money. It is about creating a conversation and making people reflect on football’s importance in society and its financial power to help society to become more balanced.

“I am really confident for the movement. The ultimate goal is for one per cent of the profits from the commercialisation of European football to go to social causes. We will get there sooner or later because this is something that many agree with and believe in.

“From my point of view, it is just the right thing to do.”

To join adidas and Common Goal at the starting line, fans can purchase a football at www.adidas.co.uk/balls for their 1% to be contributed toward social change causes.

Lionel Messi: Barcelona in crisis as superstar demands to LEAVE in transfer bombshell