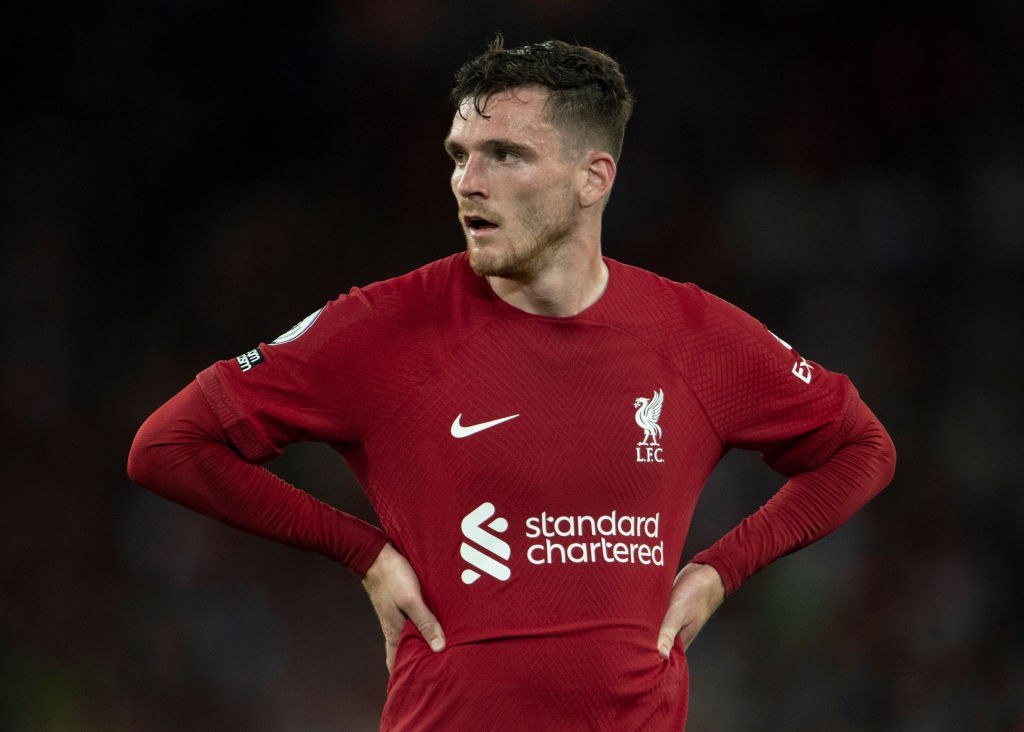 Andrew Robertson was left out of the Liverpool starting XI for the Merseyside derby on Saturday, but Jurgen Klopp says it was simply rotation as the Scot plays so many games for the Reds.

It is unusual not to see Robertson take up the left-back role under Klopp, but fort their trip to Goodison Park on Saturday lunchtime Klopp opted for Kostas Tsimikas instead.

Robertson had to settle for a place on the bench for the first time this season, with the Greek taking his spot, but Klopp insists there is nothing to it other than rotation with a busy schedule so far this campaign and coming up.

‘Kostas for Robbo is just time,’ Klopp told BT Sport. ‘Robbo plays all the time, a lot. When we can make an unforced change we should do it.’

There were other changes to the Reds starting XI after their win over Newcastle on Wednesday, with Darwin Nunez returning from suspension and replacing Roberto Firmino, while Fabio Carvalho took the place of injured Jordan Henderson.

‘Bobby is in top shape but came back from injury and has now played a lot,’ said Klopp of Firmino. ‘Darwin is fresh so that is the reason [he plays].

‘We had to change in midfield, it was clear. We had Milly [Milner] or Fabinho. We decide for Fabio as Milly [James Milner] can come on for five positions.’

Having conceded the first goal of the game in four of their first five games this season, Klopp is hoping that unwanted trait can be put behind them.

‘We try to be dominant from the start and that will be difficult today because of what is at stake and it is Goodison and I am sure it will be a lively and aggressive start from Everton.

‘We have to be ready. At the end, football is all about reaction. When the other team has a goal you have to respond to that. I hope at some point in the season we don’t have to talk about this anymore,’ said the German.