Jurgen Klopp faces an anxious wait to discover the extent of Jordan Henderson’s knee injury after Liverpool boosted their hopes of smashing the Premier League points record by beating Brighton.

However, victory at the Amex Stadium came at a cost as Henderson limped off late on due to an apparent knee problem, with his manager braced for bad news.

Asked about the injury, Reds boss Klopp said: “I don’t know, honestly. I didn’t see the situation back on the pitch but I know that it will not be nothing, probably.

“That’s how it is but we have to wait, I cannot say more.”

Liverpool looked like making light work of lowly Brighton after Salah and recalled midfielder Henderson each netted during a blistering opening eight minutes on the rain-soaked south coast.

But the visitors were made to dig deep after the Seagulls deservedly halved the deficit just before the break through Leandro Trossard.

Reds top scorer Salah eventually made the game safe 14 minutes from time by heading home his 19th league goal of another prolific campaign, keeping the Merseyside club on track for a record-breaking points haul going into fixtures against Burnley, Arsenal, Chelsea and Newcastle. 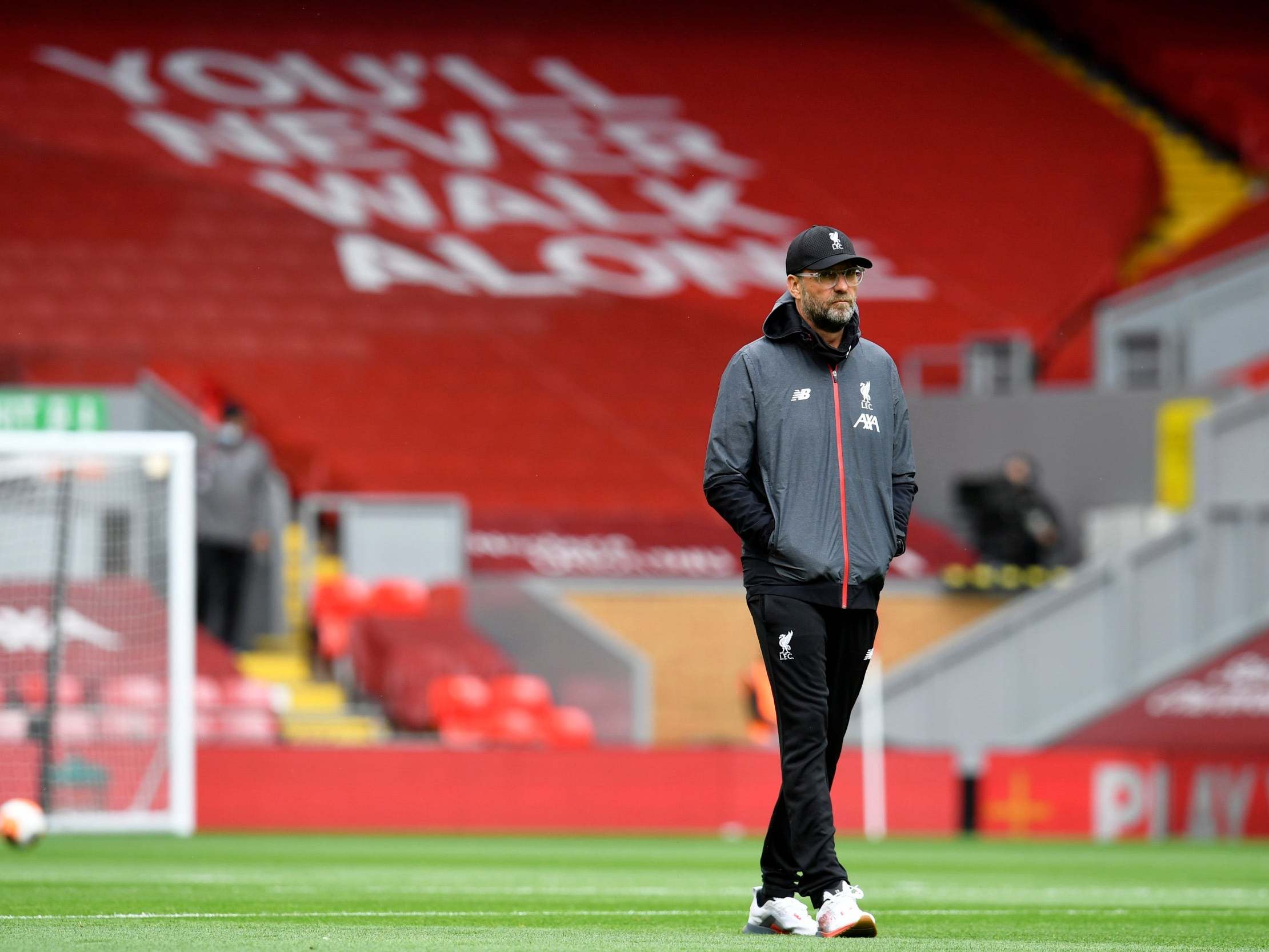 Klopp insists it is premature to be considering surpassing the achievement of Pep Guardiola’s City side.

“What can I say? When I think about the next four opponents and think we will get 12, 10, or whatever points, I can’t do that,” said the German.

“How could I assume we could get all these points?

“When I think about 92 points, I think how could we get 97 last year (finishing second), it’s unbelievable.

“First and foremost you have to fight for the three points. That’s the mother and the father of each win that you really work hard for it, and the boys did that again, that’s great.”

Albion remain nine points clear of the relegation zone, albeit having played a game more than both 18th-placed Aston Villa and second-bottom Bournemouth.

Seagulls boss Graham Potter, whose side host Manchester City on Saturday, will not toast survival until it is mathematically assured.

“(We have to) focus on the next match, which is another really difficult game but that’s the Premier League.”