Liverpool boss Jurgen Klopp has named a quintet of players who are causing excitement for him in pre-season training. Liverpool are currently in Thailand ahead of their friendly against rivals Manchester United on Tuesday.

The Reds have made a major addition in the shape of Darwin Nunez, while seeing Sadio Mane leave for Bayern Munich. But there are five players who were not regulars last season who Klopp has singled out for impressing him since returning to training.

Harvey Elliott returned from a broken leg towards the end of last season. He, Curtis Jones and Alex Oxlade-Chamberlain will be hoping to push their case for a regular midfield spot in the upcoming campaign.

Klopp told The Times of the trio: “We should not forget that last season, in the first four games, Harvey Elliott was the best player. He was outstanding.

“Then he had a bad injury, came back, [he was] high, low. Normal for a young player, and normal after a long injury. He looks sharp now, he’s back, and like everybody he needs luck. 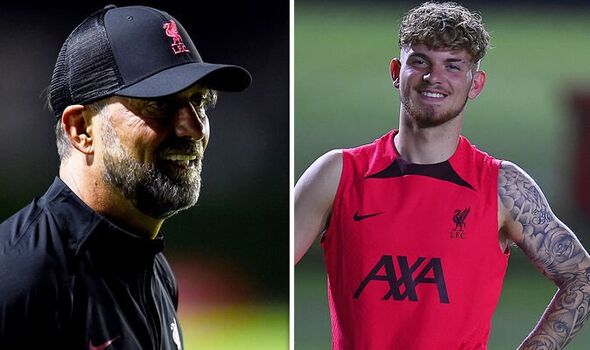 “Curtis Jones — what a player he is as well. Oxlade, he played the first part of the season quite a lot, and in January played different positions. Yes, he didn’t play a lot after that but [remember] how good he was.”

Fabio Carvalho has also moved to Anfield following the expiry of his contract at Fulham. And Klopp has liked what he has seen so far from the Portugal under-21 international.

Klopp added: “Fabio, you look at him and what he did at Fulham. Why should we bring a boy in and tell him he is midfielder number nine.

“It makes no sense. You have to leave the doors open for the boys. I really don’t understand the discussion. 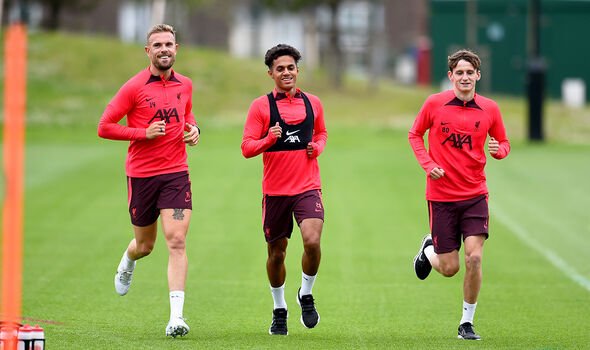 “We always try to improve, and we can improve internally as well. They can put pressure on the more experienced guys, for sure.”

The fifth player Klopp mentioned was academy graduate Tyler Morton, who he says has changed position slightly from when supporters saw him in the first team last season. He continued: “By the way, Tyler Morton in training, incredible!

“He plays as a No 8 now, we don’t force him to play as a controlling No 6 in a Premier League game [like against Spurs]. He’s training as an 8, and it’s like ‘wow, how good is that?!’ He’s still here.

“There’s really a lot of excitement for this situation from our side, and like I say, if you want guarantees then you have to look somewhere else. We work a lot with expectations, and our starting point most of the time is very, very positive.”

How are Premier League clubs faring in the January transfer window?

Paul Merson explains why Marcus Rashford should NOT start against Arsenal