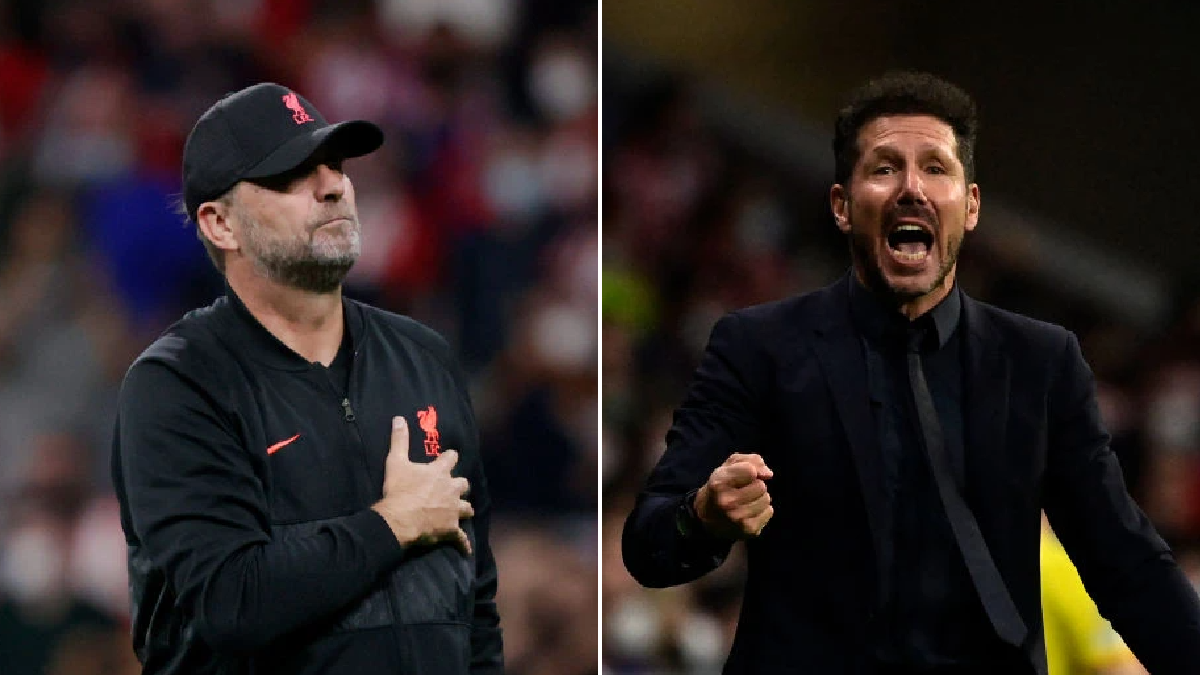 Instead of acknowledging Klopp at the full-time whistle, an emotional Simeone decided to run down the tunnel to the bemusement of German coach.

The incident occurred at the end of a pulsating match where Liverpool rushed into a two goal lead thanks to goals from Mohamed Salah and Naby Keita, before they were pegged back in the first half through an Antoine Griezmann double.

The Reds were then awarded a second half penalty after Atletico centre-back Mario Hermoso was adjudged to have pushed Diogo Jota in the box, before Salah added his second of the night.

Moments later, Atletico thought they were given a late penalty of their own after Jota was deemed to have barged substitute Jose Gimenez, only for referee Daniel Siebert to overturn his original decision following intervention from VAR.

Speaking after the match, Klopp said Simeone’s action were not right, before attempting to play down the situation.

‘The situation is clear, I wanted to shake his hand and he didn’t want to. His reaction was for sure not right and mine was not too good as well,’ he told BT Sport.

‘But we are both emotional so when we see each other next time we will shake hands definitely and it’s like nothing happened.

‘He was obviously angry not with me, but with the game, the world and it’s nothing else.’

It’s not the first time the pair have been embroiled in controversy after Klopp questioned why Atletico had not played ‘proper football’ when the Spanish side knocked the then holders Liverpool out in the last 16 of the Champions League in 2020.

The Liverpool boss again had a dig at the Spanish champions in the build up to tonight’s game at the Wanda Metropolitano after saying that he still did not enjoy the way Simeone’s team plays.

‘He is the current Spanish champion. Very successful at [Atletico]. He has a bunch of world-class players, keeps them on their toes, they fight with all they have for their lives.

‘That says a lot about the quality of Diego so I couldn’t respect more what they do.

‘Do I like it? Not too much but that is normal because I prefer a different kind of football. That’s me. Other coaches prefer different styles of football. Nobody has to like it, it just has to be successful and that is what Atletico is for sure.’