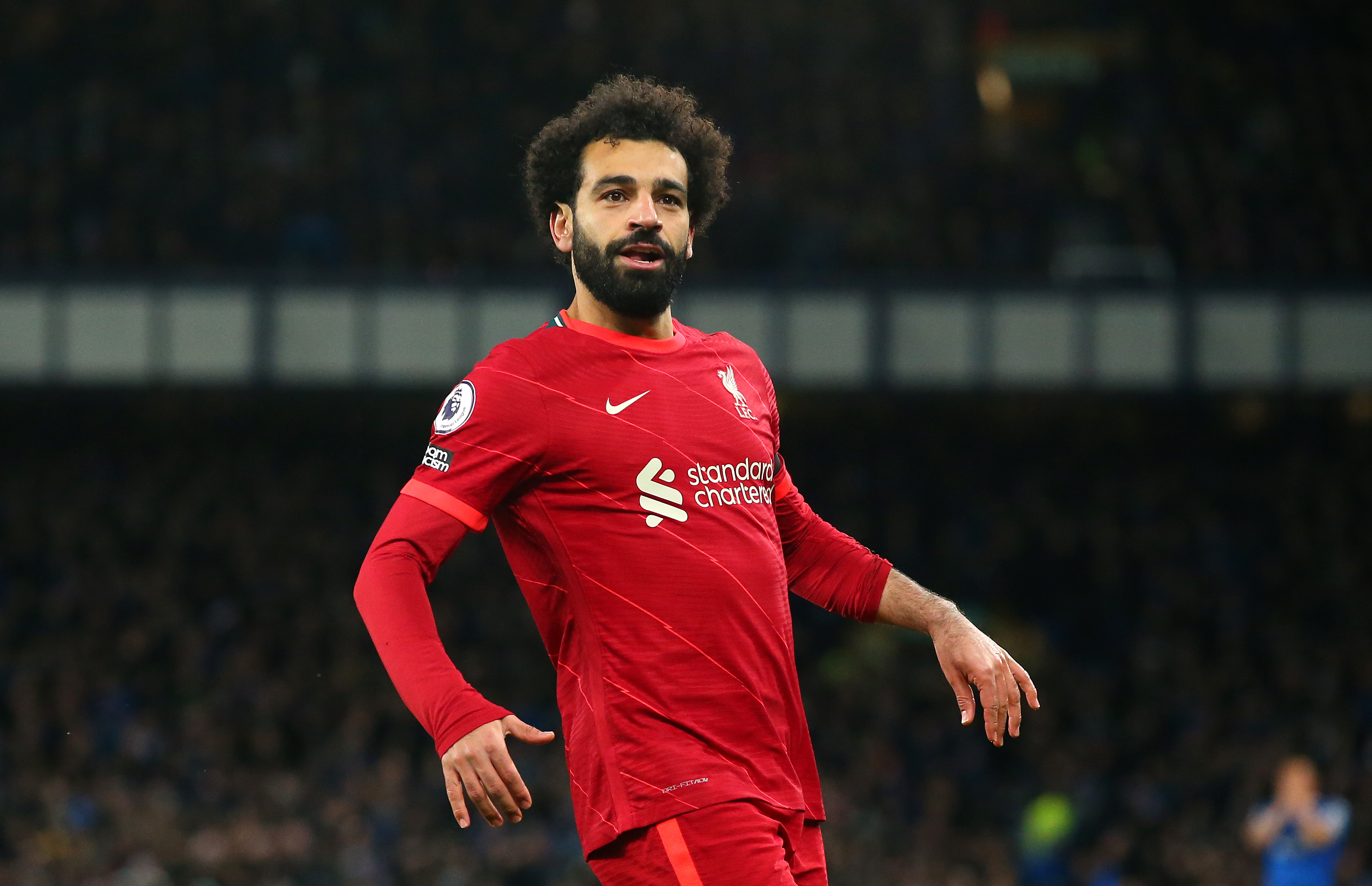 Jurgen Klopp has given a true insight into Mo Salah’s elite mentality after revealing the Liverpool forward came off the Everton pitch ‘angry’ after their win.

Liverpool ran riot against their Merseyside rivals with a convincing 4-1 win in which Salah bagged twice.

The Egyptian has now registered 12 goals and six assists in his last 12 Premier League matches.

But Klopp says the 29-year-old still came away from the game annoyed at himself that he didn’t net a hat-trick.

‘He was angry after the game! He wanted to score the third one,’ Klopp said.

‘I don’t take these things for granted. His second goal, you have to force these kind of mistakes.

‘Mo put [Seamus] Coleman under pressure to win that ball and from then on it is a good chance he will score.

‘We have momentum but it was by far the best performance since I’ve been at Liverpool at Goodison.

‘Before the game people told me that in derbies form or shape doesn’t count, I see it totally different.’

Salah was in good spirits in his post-match interview with Amazon Prime however and laughed when he was asked how he felt about finishing seventh in this year’s Ballon d’Or results, revealed on Monday.

Asked about his position he said while shaking his head: ‘I have no comment!’

In the lead up to Liverpool’s short trip to Everton, Klopp admitted he was baffled as to how Salah and Robert Lewandowski were overlooked in the Ballon d’Or as PSG forward Lionel Messi picked up his seventh title.

‘You can always give it to Messi for his career, but if you don’t give it to Robert Lewandowski this time, after this year, it’s quite tricky for him to get it all.

‘And Mo [Salah] should have been higher up, definitely. I was surprised by his position, to be honest. I saw the vote somewhere, I don’t know exactly [how it is voted for].

‘It’s journalists, yes? Then don’t ask me – it’s your fault. Speak to your colleagues if you think it should have been different.’