Liverpool have been handed an injury boost as Thiago Alcantara’s injury, which he sustained in the warm-up ahead of the Carabao Cup final, is not as serious as originally feared.

The midfielder was originally named in Jurgen Klopp’s starting XI to face Chelsea in the Wembley showdown but was forced to withdraw due to a tight hamstring in the warm-up.

The Spaniard was replaced with Naby Keita and could be seen breaking down in tears while watching his team-mates clinch a record ninth League Cup from the sidelines. 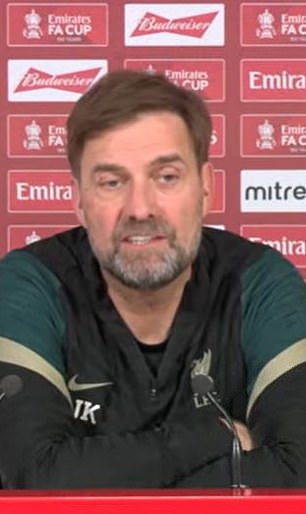 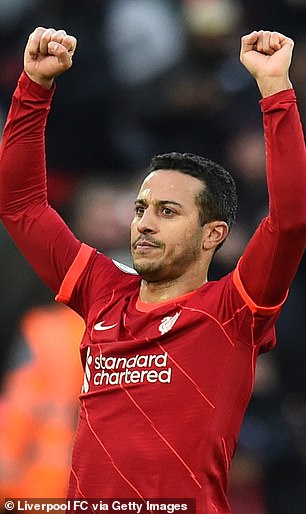 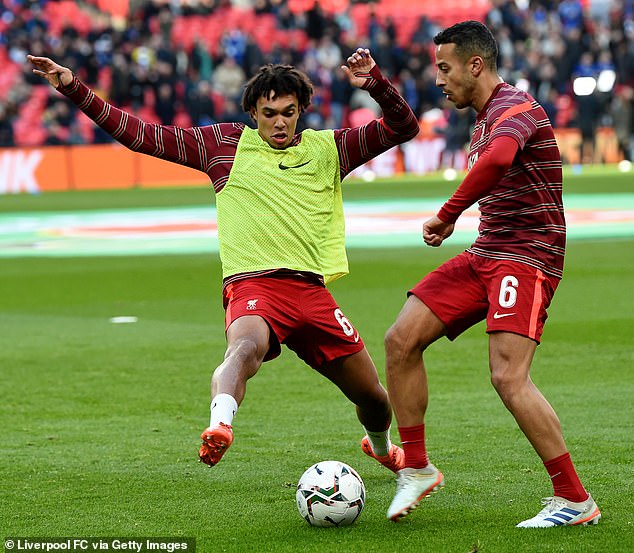 Liverpool reportedly examined the extent of the injury on Monday and Klopp revealed the damage is not as serious as first feared.

Speaking in a press conference ahead of the Reds’ FA Cup fifth round tie with Norwich, the Reds boss said it was ’emotional’ to make the decision not to play the 30-year-old.

‘It was an emotional moment,’ he said. ‘We had to make the decision he couldn’t start after feeling something in the warm-up.’

The German revealed that Thiago is expected to miss Liverpool’s cup clash with Norwich and their league game against West Ham this weekend. 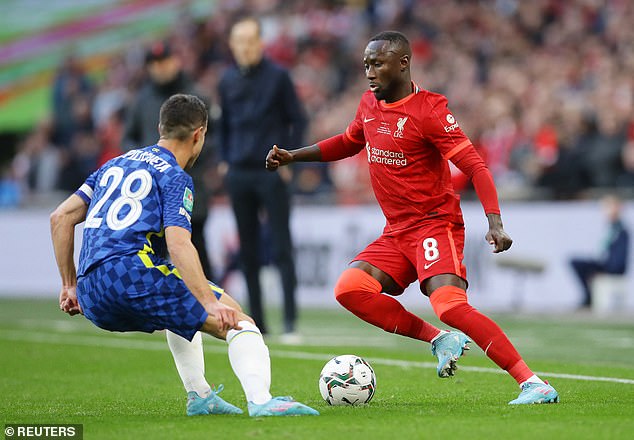 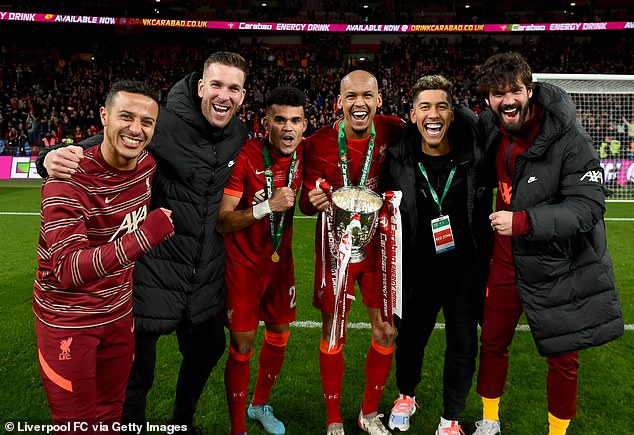 However, Klopp gave fans hope as he said Thiago could be fit to face Inter Milan in the second leg of their Champions League last-16 tie on March 8.

He then confirmed Thiago will ‘definitely’ return to action following the European clash.

Despite his emotional scenes prior to kick off, Thiago was in better spirits post-match as he celebrated Liverpool’s victory with his team-mates.

Following a goalless stalemate after 120 minutes, it came down to 22 penalties. No Liverpool player missed from the spot with substitute Kepa Arrizabalaga skying the crucial spot-kick over for Chelsea.

The goalkeeper was brought on by Blues boss Thomas Tuchel late on in extra-time especially for the spot-kicks but he gave Liverpool an 11-10 penalty shootout victory by blazing his effort over the bar.