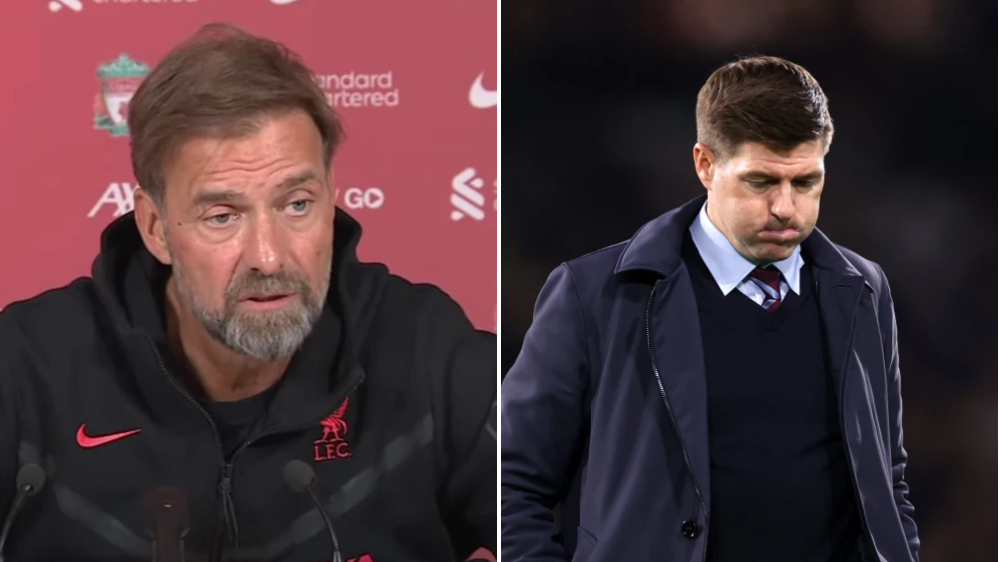 Liverpool boss Jurgen Klopp insists Steven Gerrard ‘will be back’ following his sacking at Aston Villa.

Former Liverpool and England midfielder Gerrard was relieved of his duties following Villa’s dismal 3-0 defeat to Fulham on Thursday night.

Aston Villa have won just two of their 11 league games this season and only sit above the relegation zone on goal difference.

In a statement, Villa chief executive Christian Purslow said objectives ‘had not been achieved’ under Gerrard, who joined the Premier League club last November.

Aston Villa won just 13 of their 40 games under Gerrard following his move from Scottish club Rangers.

Reacting to Gerrard’s sacking, Klopp said: ‘I’m very sure he will be back. I’ve always followed him so we had a little exchange this morning, nothing too deep.

‘I can imagine it’s disappointing for him because of the ambitious he had. But I don’t think we need to worry about Stevie, he knows the game and these things can happen.

‘In life we all get knocks, it’s about how we respond. He’s always come back before and he will come back from this.

‘A lot of great mangers out there have had to leave clubs for whichever reason and show up somewhere else, learn from it and find a better situation.

‘He will be back but I hope he takes some time as well. He’s been working pretty much all the time since playing so maybe he can take some time to recharge.’