Miscalculations of any nature have been rare by the Brazilian since his arrival in 2018, which is why manager Jurgen Klopp backed his No.1 to issue an instant response at the King Power Stadium.

Speaking after last weekend’s 4-1 defeat to Man City, Klopp said: “For a goalkeeper of the quality of Alisson Becker, it’s pretty rare that he makes this kind of mistake and that he makes two of them in one game, that’s clear as well.

“But on top of that, goalkeepers are used to making mistakes. It means they have to stay in the game, they concede a goal and they know maybe earlier than all the rest of the world, ‘I should have saved it!’

“They have to deal with that always and he has just a few days in between the City game and this game. 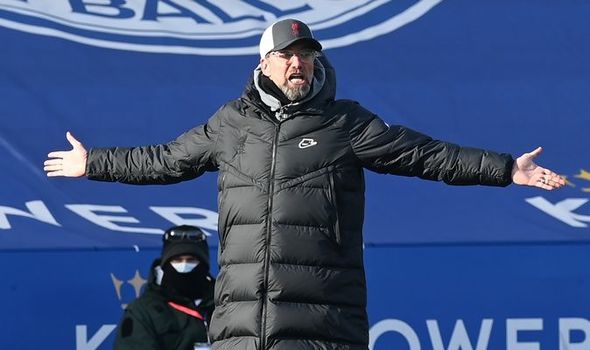 There was absolutely no real criticism from our side, from the boys, from the players around him because everybody knows how good he is.

“He’s a very calm person, and now the next game is coming up and that’s good so he can play his normal level again and then everything will be fine.”

Unable to return to his usual standards against the Foxes, Alisson made another high-profile mistake to allow Jamie Vardy to pounce.

A moment of miscommunication between the Brazilian and new arrival Ozan Kabak saw the pair both challenge for the ball and miss, enabling the Foxes’ forward to stroke home into an empty net. 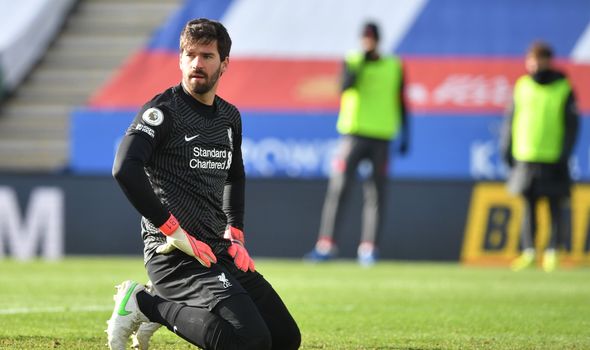 Alisson had enjoyed a strong first-half up until this point, thwarting Vardy on a couple of occasions to keep the scores level heading into half-time.

But another moment of madness jeopardised Liverpool’s lead in the contest, raising serious questions over the form and confidence of the 28-year-old.

Klopp’s side have now kept just one clean sheet in their previous seven league outings as they continue to feel the effects of a makeshift back-four.

Defeat on Saturday afternoon could well lead to Liverpool dropping out of the top four by the end of the weekend, with Chelsea and West Ham capable of climbing over the champions.