Jurgen Klopp was proud but disappointed after seeing his Liverpool side miss out on the Premier League title to Manchester City.

A rollercoaster afternoon saw the Reds’ fans buoyed by City’s struggles against Aston Villa while they willed their side to find a way to defeat Wolves after conceding an early goal.

They eventually managed it with late goals from Mohamed Salah and Andrew Robertson earning a 3-1 victory but City mounted their own comeback to maintain their one-point advantage.

The result ended Liverpool’s hopes of winning an unprecedented quadruple ahead of next weekend’s Champions League final against Real Madrid, and Klopp said: “The boys played an incredible season.

“The whole journey of 21-22 so far is absolutely exceptional. The game today showed again so much about these boys. We concede an early goal, which gave us a knock. We didn’t play football really, not like we usually play. 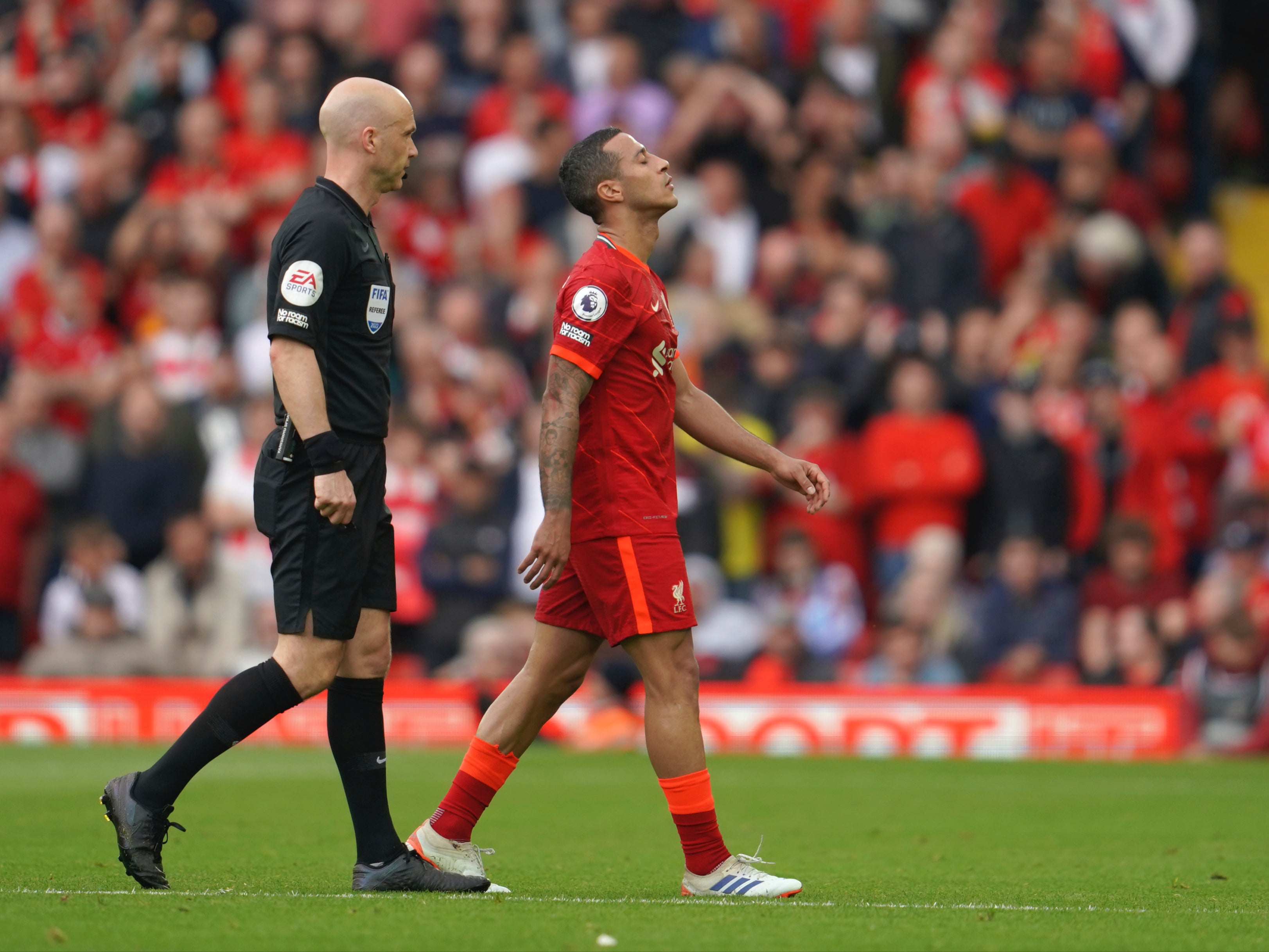 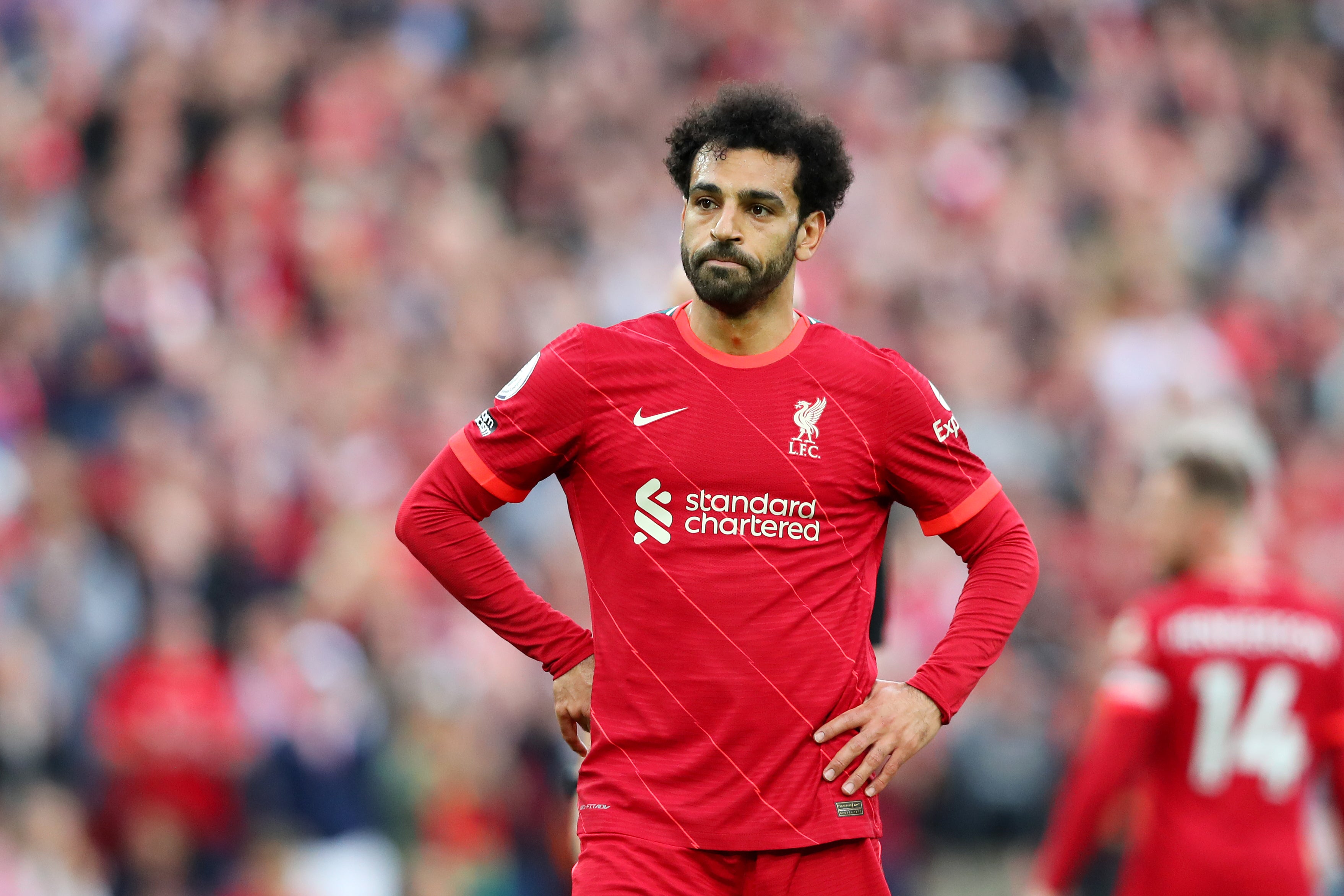 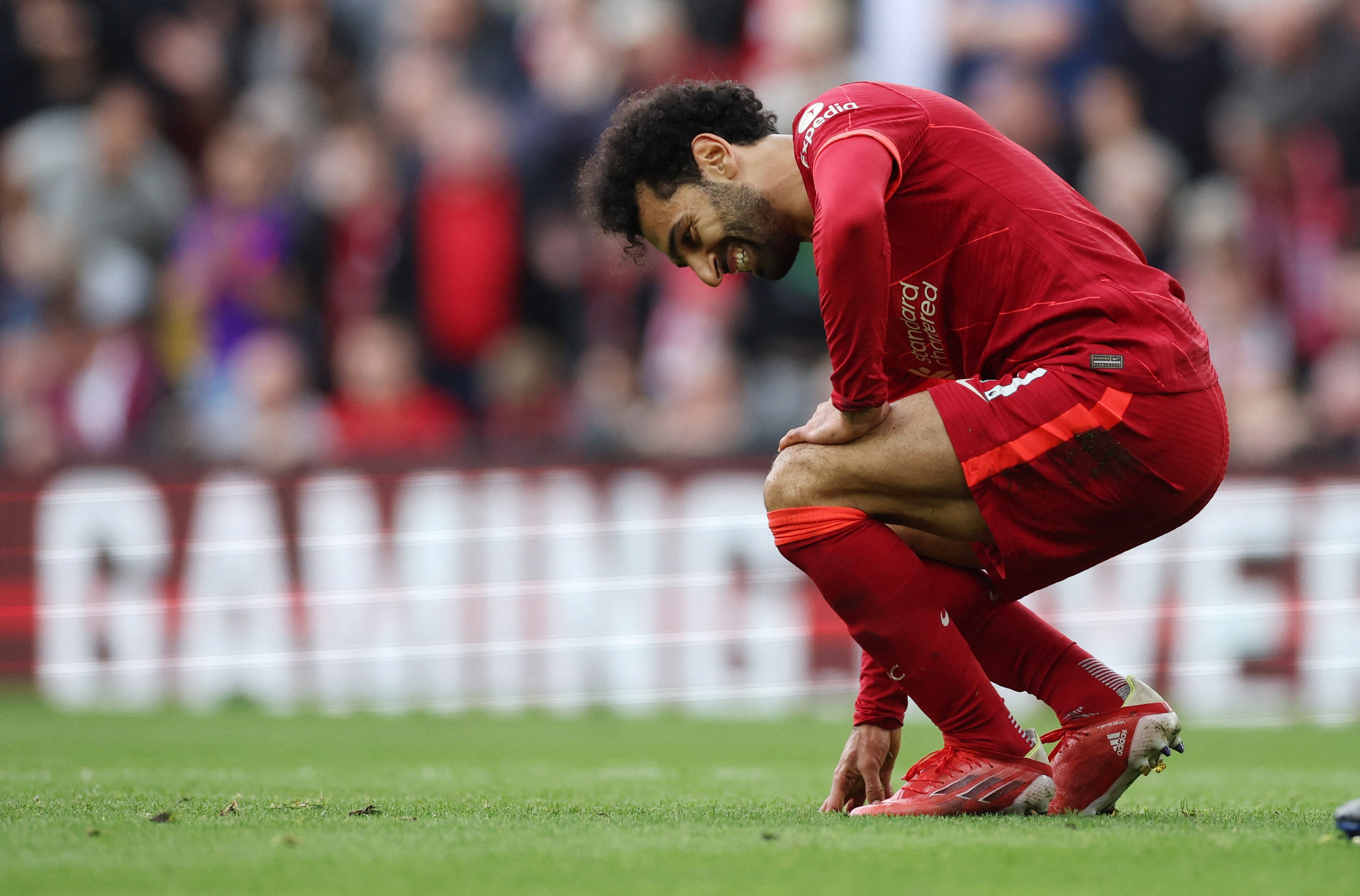 “We had to take off Thiago early, which is not helpful, and then you still find a way. It’s absolutely outstanding. 92 points obviously is crazy with all the games we played.

“So yes I am proud but I’m disappointed, of course.  It’s not cool but it’s not completely unexpected, obviously. It was clear before the game that a lot of things have to happen.

“Congratulations to Man City and Pep Guardiola, all staff and all players, the whole club, for being champions. We were close but in the end not close enough.”

Huge cheers greeted the news that Villa had gone two goals up and, after Salah finally made the breakthrough, excitement swept Anfield that City may have conceded again before hope swiftly faded.

Klopp could not help experiencing the emotions on the sidelines, saying: “I can imagine it was much worse for the people at home watching on their tellies, when Aston Villa is 2-0 up and you think, ‘Wow, it could really be’.

“I was not really aware of it, in my mind it was 1-0. I heard all the story only after the game. There was one moment when I heard 3-2 and then for a second, I don’t know why we started it, I thought they equalised again. It was a good moment but it was only a second.

“With all the things, I would have preferred they (City) were 5-0 up after 10 minutes and then we play the game and it is fine. It makes it of course more difficult.

“But the season was so close, so tight. What I learned in life is, if you keep going, you get the reward. Not today but we will get it. It’s up to us to keep going and that’s what we will do.”

The other major blow of the afternoon was the loss late in the first half of Thiago Alcantara to injury, and Klopp kept his cards close to his chest in terms of whether the midfielder could be fit for the Champions League final.

“(It’s) not good but I cannot say more,” said Klopp. “He was outside with the families, he had his little girl on his shoulders, so he could walk. That’s obviously a good sign. All the rest, we will see from tomorrow.”

Liverpool must quickly reset and turn their minds to the date with Real in Paris, and Klopp said: “We will try absolutely everything.

“It’s never happened before that you go completely without knocks into a final. We had our knocks. We have five days to prepare the final. We face an incredible, experienced team. Of course losing the league today increases the desire to put it right next week.” 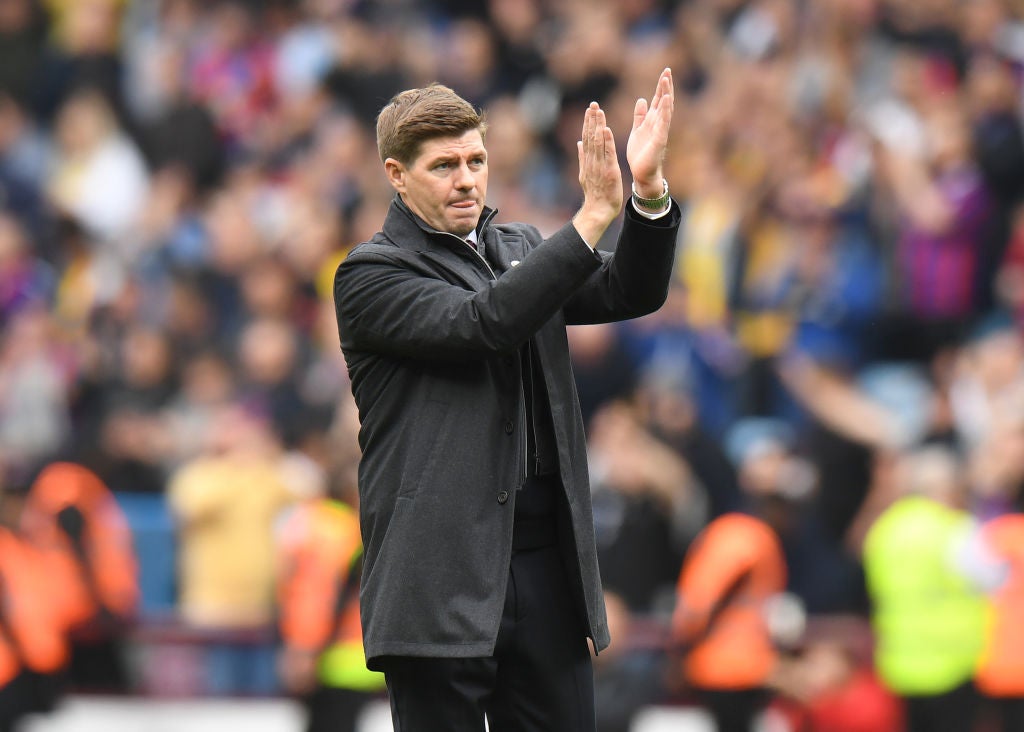 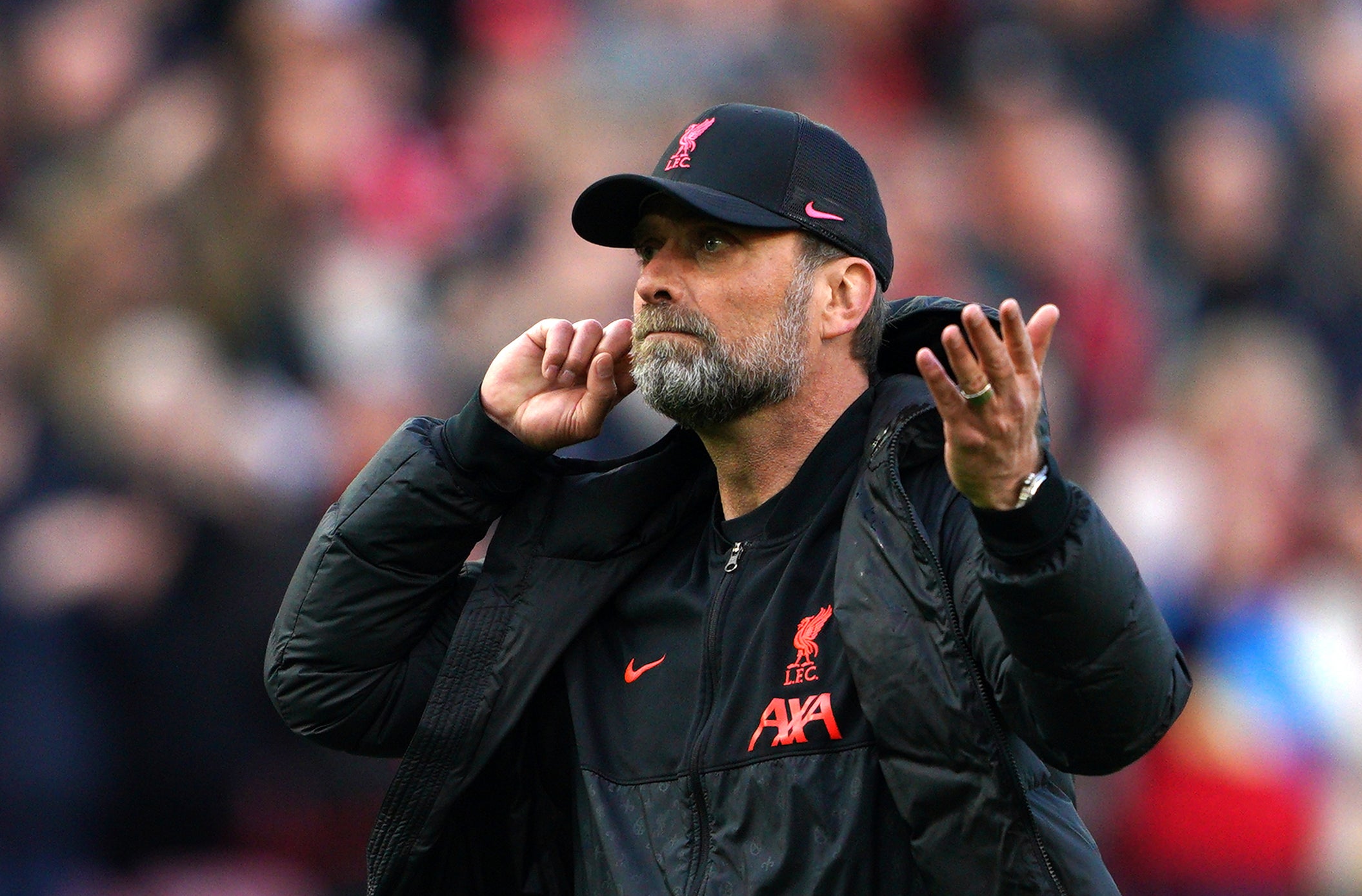 Manager Bruno Lage said: “I’m not pleased. If it was the first day of the season and people would say we did the season we did, everyone stays happy.

“But, in February, let’s fight for fourth place. When we missed that opportunity, let’s fight for sixth or seventh place. I think the fans of Wolves feel like me that we should have finished in a different way. If I have all the players fit maybe we can do that.”

Mohamed Salah believes Liverpool's form is 'going to get better'