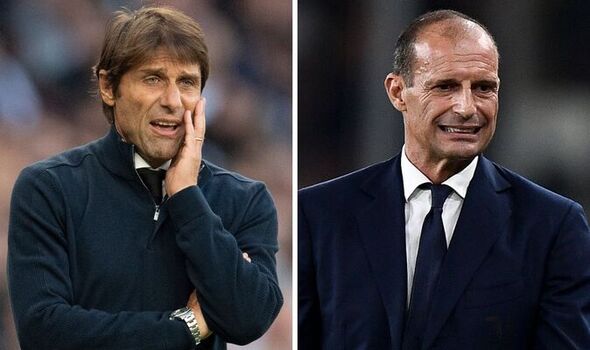 Reports in Italy claim Juventus have made contact with Antonio Conte in a bid to bring him back to Turin to replace Massimiliano Allegri. The pressure is now mounting on the current Old Lady boss with the Bianconeri seemingly ready to explore the prospect of firing the 55-year-old.

Juventus are currently eighth in Serie A and have won just two of their opening seven league encounters.

Furthermore, the Italian giants have lost both of their Champions League group matches against Paris Saint-Germain and Benfica to leave their qualification hopes hanging by a thread.

Monza ran out 1-0 victors over 10-man Juve at the weekend and now tensions have reached boiling point as the board ponder an unexpected change with Allegri attached to a long-term contract.

Italian journalist Tancredi Palmeri is now reporting that Juve have made contact with Conte in an attempt to sound out his availability. 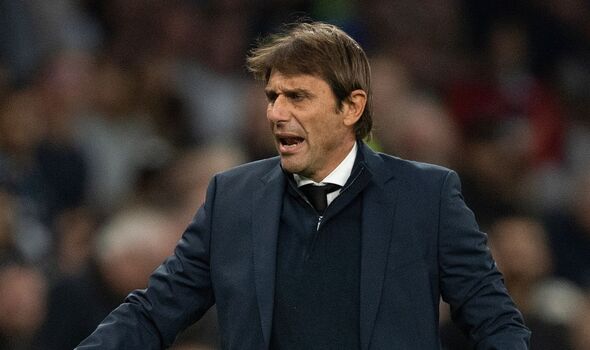 The Premier League-winning boss is only under contract with Spurs until the end of the season with talks over his future yet to take place.

Conte is believed to be happy in north London as he looks to drive Tottenham to new heights following an unbeaten start to their Premier League campaign.

However, the tactician is understood to be open to returning to his former club Juventus one day – when the time is right.

Back in 2014, Conte’s relationship with Juventus soured after a public fall-out with Andrea Agnelli, who became upset with comments made by his manager within the media.

“In Europe, there are economically unattainable teams, it will be very difficult for me to see an Italian team in the Champions League final for many years to come.”

Now Conte and Agnelli are believed to have settled their differences despite the head coach managing rivals Inter Milan, leading them to the 2020/21 Scudetto.

Reports in Italy suggest Pavel Nedved, one of the key decision-makers behind the scenes at Juventus, is pushing to bring Conte back to the club.

The Juventus dressing room are said to be upset with an interview conducted by Corriere della Sera and their manager Allegri, in which his side’s current issues were discussed and analysed.

It’s claimed the interview did not take place with the approval of Claudio Albanese, who is head of communication at Juventus.

There are whispers in Italian quarters that this was an attempt to throw his players under the bus by diverting the blame away from himself.

Allegri has never been one to shy away from the spotlight – even during recent struggles – as he looks to steer Juventus away from danger.