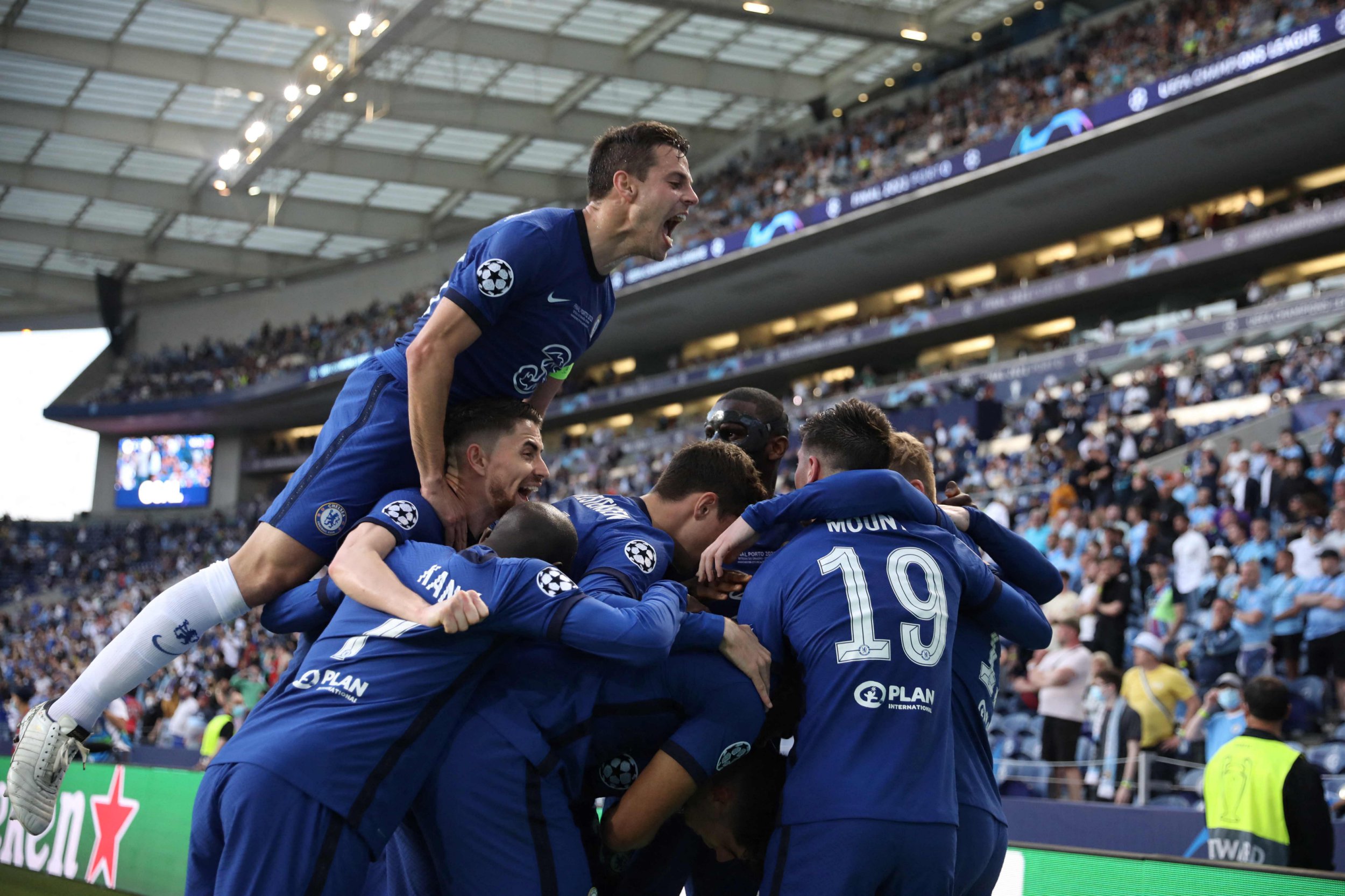 Havertz and Mason Mount combined to score the only goal as Chelsea secured their second Champions League title and prevented Man City from lifting the trophy for the first time.

Thomas Tuchel, who replaced Frank Lampard in the Stamford Bridge hot-seat in January, lost last season’s Champions League final with PSG but it was a different outcome for the German boss this time around, as his team denied Premier League champions City a sensational treble.

Pep Guardiola had lost just one of his 14 major finals as a manager before tonight, but the Manchester City manager was left disappointed as he failed to win his third Champions League and first since 2011.

On a balmy evening at the Estadio do Dragao stadium, Guardiola opted to leave out both Fernandinho and Rodri and said he wanted his City team to ‘attack’ Chelsea.

Both teams created early openings, with Edouard Mendy and Reece James having to combine to prevent Raheem Sterling a goalscoring opportunity from a superb Ederson pass.

Timo Werner then wasted his first chance of the match, scuffing a cross from Ben Chilwell to the frustration of the 6,000 Chelsea fans in attendance.

Werner saw a tame effort saved easily by Ederson just minutes later, but only after Chilwell made a crucial interception just as Riyad Mahrez appeared to be pulling the trigger for the opening goal.

Chelsea’s defence has been lauded since Tuchel’s appointment in January and Antonio Rudiger followed Chilwell’s example when he denied Phil Foden with a brilliant last-ditch tackle.

The Blues’ backline was dealt a significant blow before half-time when Thiago Silva, playing in a second successive Champions League final, was forced off with a groin injury.

But if Chelsea were bemoaning their luck as Silva hobbled off, their mood soon improved as Kai Havertz opened the scoring with his first Champions League goal for the Blues.

Mason Mount, who has enjoyed another breakthrough season at Stamford Bridge, produced a brilliant through ball and Havertz rounded Ederson well before slotting home.

Perhaps unsurprisingly, given the hectic nature of the opening 45 minutes, the second half began in more subdued fashion.

Neither side managed to create any clear-cut opportunities and Manchester City’s mood dampened further when Kevin de Bruyne was forced off with a nasty eye injury after a collision with Antonio Rudiger.

Chelsea were largely happy for City to control possession but they had a huge chance to double their lead with 20 minutes remaining.

Tuchel’s side broke with speed and purpose but after a fine move, second-half substitute Christian Pulisic’s chipped effort flew wide of the post.

Man City looked for inspiration from club legend Sergio Aguero, making his final game for the club, but not even the Argentine legend could find a way through Chelsea.

Mahrez came closest to sending the match to extra-time late on – his strike from the edge of the box flew just over the bar – but Chelsea were soon celebrating their second Champions League triumph.

‘Now I want to thank my family, my parents, my grandmother and my girlfriend. I don’t know what to say. I’ve waited 15 years for this moment and now it’s here.’