Kai Havertz is one of the brightest talents in European football and has been linked with a move to the Premier League this summer. The Bayer Leverkusen star is reportedly attracting attention from Manchester United but Chelsea and Liverpool are thought to be leading the race for his signature.

Havertz has scored 14 goals and provided eight assists in 36 appearances across all competitions so far this term, including four strikes in two matches since the Bundesliga restarted last weekend.

That form has seen a number of European heavyweights take an interest in the 20-year-old, who is under contract at the BayArena until 2022.

The current coronavirus crisis is expected to have a significant impact on the summer transfer market, with cash-only deals becoming rarer and swaps on the rise as clubs look to protect their finances and key playing assets.

However, that is not to say that every deal is off the table and Havertz is one such player who could still make a move – if the price is right. 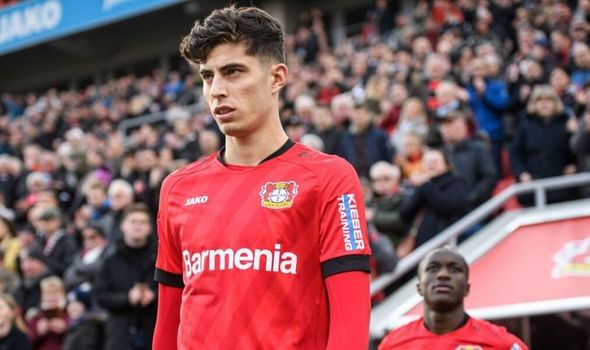 Back in March, Leverkusen manger Peter Bosz valued his star man at upwards of €100million (£90m) in an interview with Dutch outlet Algemaan Dagblad.

And that figure could even be slightly conservative, based on the latest figures from CIES Football Observatory.

Their unique algorithm, which takes into account age, contract status and on-field performances, places a price tag of between €90million and €120million on Havertz.

This is the equivalent of between £80.6million and £107.5million, albeit this figure has not been updated since March 11.

Therefore it could well be that Havertz’s market value has decreased significantly in the past two months as the full extent of the coronavirus outbreak became apparent.

It is unlikely that such huge fees will change hands this summer, although Liverpool have few other targets on their radar while Chelsea have not spent significant sums in recent windows due to a transfer ban.

The Blues have also been linked with Leicester left-back Ben Chilwell, who is expected to cost £80m – the same fee Manchester United paid for Harry Maguire last summer.

Frank Lampard is also monitoring Jadon Sancho but the Borussia Dortmund winger is expected to cost £120m with United having reportedly expressed an interest. 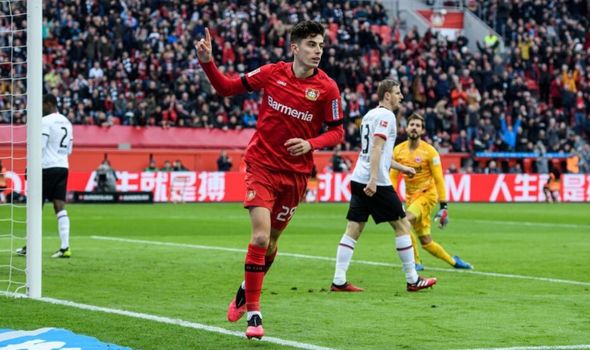 Havertz would therefore represent a slightly cheaper alternative to Sancho, although he is not considered a like-for-like substitute.

The player himself refused to be drawn on rumours surrounding a summer move, saying: I’m concentrating on this season and will see what happens afterwards.

“I am very grateful to Leverkusen and I don’t want to mess it up in any way.”

However, the German has previously admitted he is ready for a move away and could depart the Bundesliga in the near future.

“I’m ready to take a big step, and I like challenges. For me, this also includes abroad,” Havertz recently told SportBild.

“Leverkusen are a great club, I feel good. I have always said that. But of course I want to take the next step in my career at some point. That’s my ambition.

“The coach is a very important person for me. It must be a good fit. You can see that with our coach, Peter Bosz. For me, the sporting direction of the club is also reflected in the choice of coach.”

Is Manchester United vs Tottenham on TV today? Kick-off time, channel and how to watch Premier League fixture