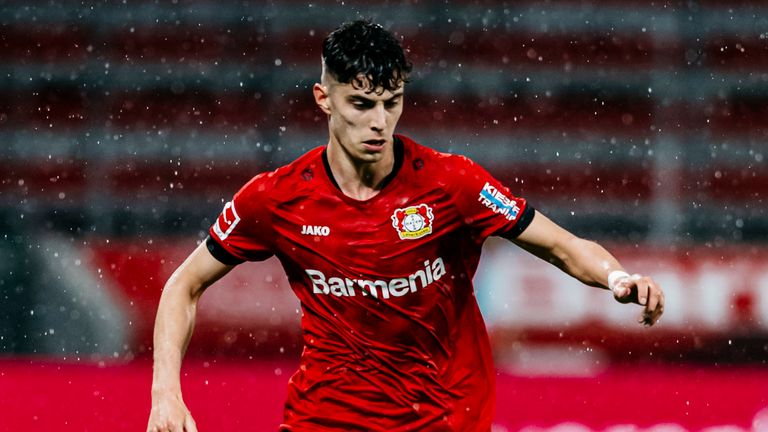 Kai Havertz returned to training with Bayer Leverkusen on Thursday but he still wants to move to Chelsea.

Havertz has told Leverkusen he wants to leave this summer and they are prepared to sell because he has only two years left on his contract.

Leverkusen players returned to training on Thursday to prepare for their Europa League game against Rangers in two weeks. They are well-placed to reach the quarter-finals after winning the first leg 3-1 at Ibrox in March.

Havertz was one of the first players out on the training pitch on Thursday morning and Leverkusen are expecting him to play against Rangers.

That may change if Chelsea step up their efforts to sign him next week – especially if they get the point they need against Wolves on Sunday to qualify for the Champions League.

Leverkusen value Havertz at £90m but all parties are hopeful a deal can be completed which would see Chelsea paying £70m plus add-ons. 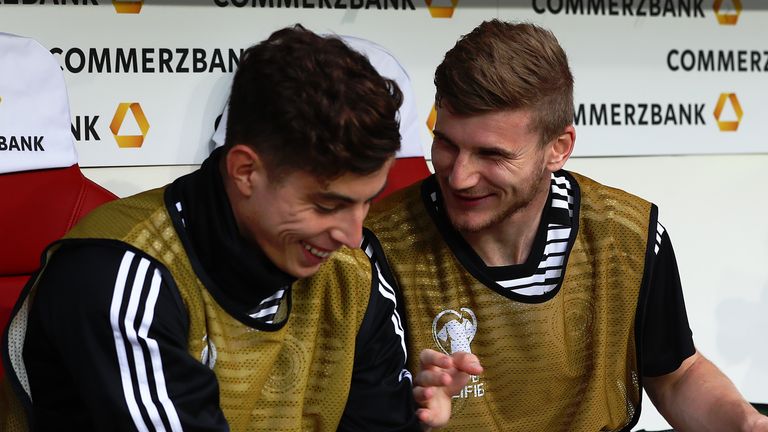 Sane praised Chelsea for their two potential German arrivals, with the Blues having already signed Timo Werner from RB Leipzig for £45m in June.

“A lot of young players get the chance to play and to develop well in the Bundesliga,” said Sane.