‘I fell badly on a small rock and hit my back’: Kim Kallstrom reveals he nearly scuppered his own loan move to Arsenal by injuring himself during a training session on the BEACH

Kim Kallstrom revealed he was responsible for nearly ruining his own loan move to Arsenal after injuring himself on a beach.

The midfielder joined the Gunners on a six month-long loan from Spartak Moscow on deadline day in January 2014.

However, the Swedish international was convinced the transfer would fall through after falling on a ‘small rock’ during a training session on the beach. 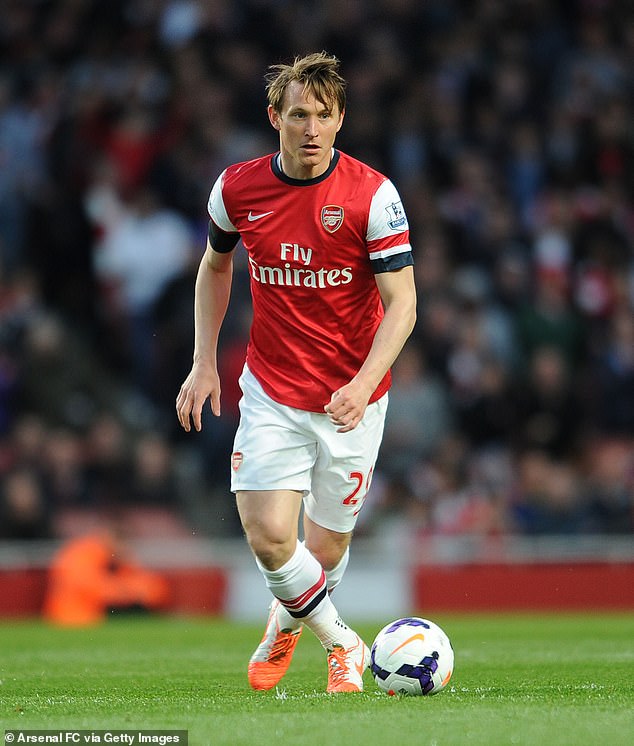 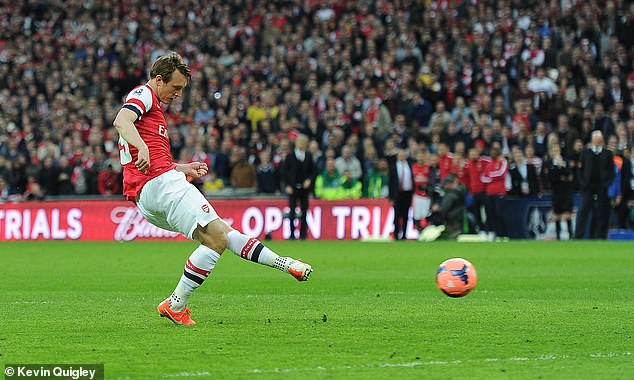 ‘There were a couple of clubs in the Premier League that could have been in for me and I didn’t think it was going to be a top club like Arsenal,’ he told the Arsenal’s club website.

‘I changed my mind there and then, called my wife, told her we’re going to live in London for a couple of months and then that was that. For us, it was an experience and we knew we weren’t going to stay there, so we just made the best out of the couple of months to enjoy the city and the club.

‘We were training on the beach – this is so embarrassing – and it was a proper training session too, not just one for fun. I say it was a beach, it was more like concrete. Anyway, we had a game there and I fell badly on a small rock.

‘I hit my back and had some pain. Obviously we were due to go back to Moscow the day after so we didn’t do any medical check-up there because it wasn’t too bad at the time. 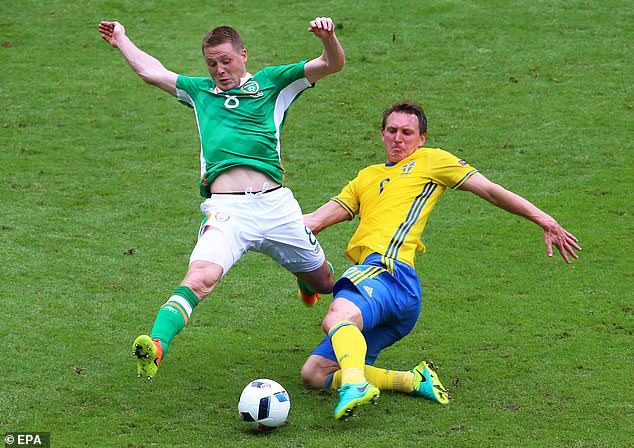 ‘We informed Arsenal straight away that I had a problem with my back and that I had no idea what it was, so they just told me to come along anyway.

‘It was a bit of a blur because the deal had to be done quickly. I came to London, we had the medical and we found out there were some problems but we arranged the deal anyway.

‘I thought the transfer would’ve been off because I was injured but we worked out a deal between the clubs that said I could stay.’

A deal for Kallstrom was still struck, however, he failed to make his debut for the club for two months and went on to make just four appearances under Arsene Wenger.