Roy Keane blasts Liverpool’s first half against Manchester City, claiming they looked ‘out of their depth’ and that they played like a ‘lower league team in the FA Cup’

Roy Keane has hit out at Liverpool’s first-half display against Manchester City at Anfield.

Jurgen Klopp’s side struggled to cope with Manchester City and were sloppy with their play as they kept giving the ball away.

Liverpool had just one shot on goal in the opening 45 minutes against the Premier League champions and would have been glad to go into half-time with the game still all square at 0-0. 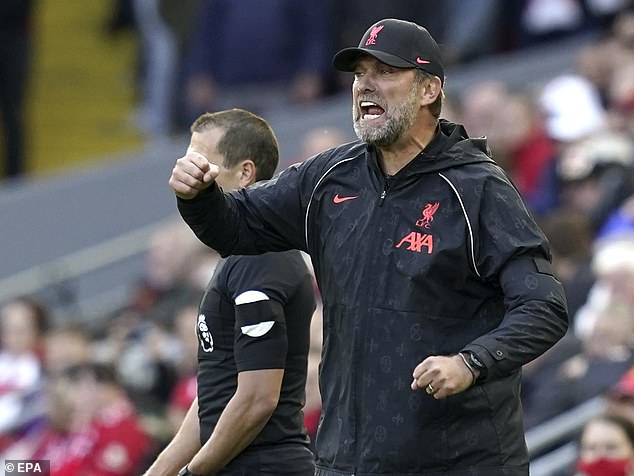 He said: ‘Klopp is shouting from the bench saying “be brave,” but it’s hard to be brave when you don’t have the ball.

‘Liverpool for all their success over the years are playing like they are out of their depth. As if they’re a lower league team in the FA Cup.

‘They’re not stepping back, not getting close to people. Liverpool need to be more aggressive and make tackles. 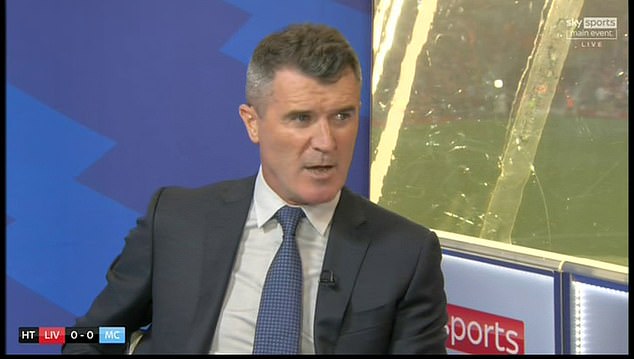 ‘Liverpool need to create something and if you’re not at the races make a tackle, do something. They look short.’

Manchester City aimed a lot of their focus down the left flank at James Milner who is playing in the place of Trent Alexander-Arnold who missed the game with an injury.

Milner got a yellow card towards the end of the half after he clattered into City’s Phil Foden. 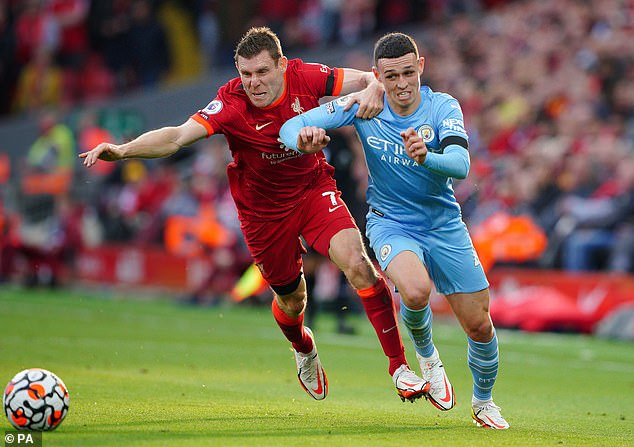 He said: ‘It’s a big decision at half time whether Klopp changes him. He’s had the yellow card as well which will be a problem.

‘He’s found it tough as you all do it’s Manchester City. That shows the difference at times when you look at Man City’s squad against Liverpool’s squad, that’s the one real area where there’s no back-up for Liverpool.

‘Trent misses out and you have to field a 35-year-old player at right back so it is showing in that area today but Man City have been outstanding.’