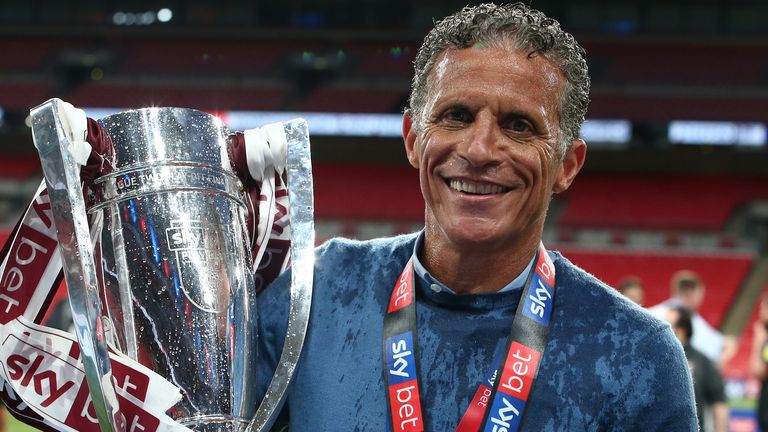 Keith Curle says promotion to League One with Northampton is his “proudest moment as a manager”.

The 56-year-old took the Cobblers up via a 4-0 play-off final victory over Exeter at Wembley – in what is his sixth job.

The ex-Mansfield, Chester, Torquay, Notts County and Carlisle boss was Neil Warnock’s assistant when QPR were promoted to the Premier League in 2011.

But he said: “This is my proudest moment as a manager. I’ve had some good moments, winning the Championship as an assistant with Neil is up there.

“But being selfish, as a manager, this is the proudest moment. I knew I needed a promotion and I don’t hide away from that.

“I told the chairman that when I first came in and fair play to him and to the club because they’ve given me a platform to be able to work and it’s been very enjoyable.”