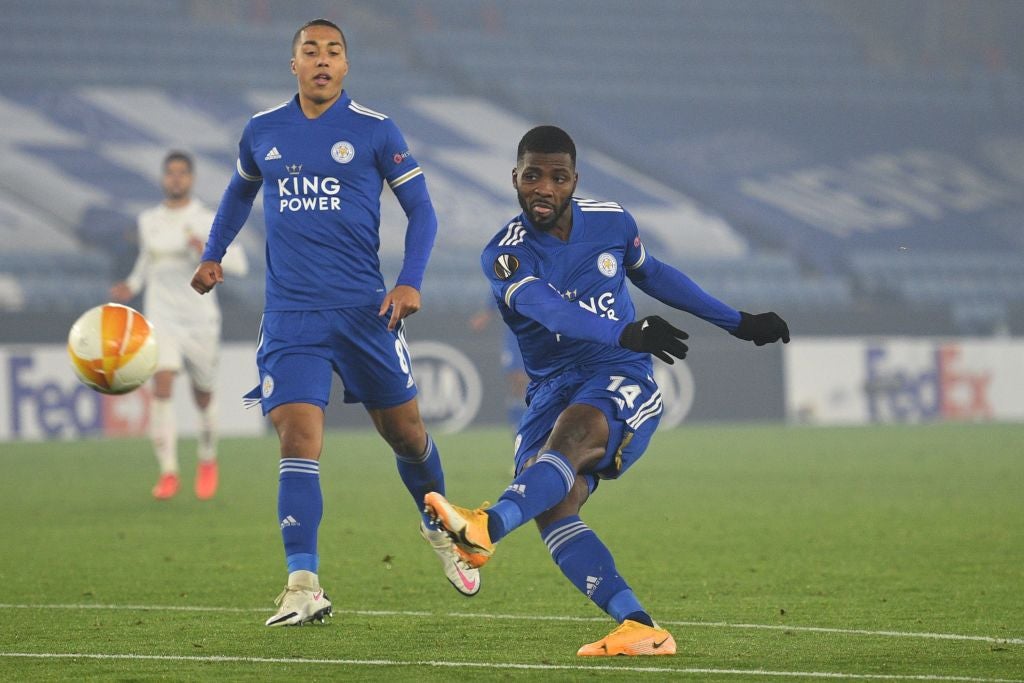 He collected Cengiz Under’s pass – which was originally meant for Maddison – and his shot from 25 yards hit Bruno Viana to deceive Matheus and find the bottom corner.

Braga needed a dramatic improvement and Ruiz nearly gave them a lifeline when he prodded wide with just Schmeichel to beat.

Iheanacho was then denied a hat-trick by Matheus but he turned provider with 23 minutes left.

A slick move involving Maddison, Youri Tielemans and Iheanacho ended with the striker crossing for Praet to convert at the far post.

But Iheanacho was lucky to avoid a red card soon after, escaping with a yellow after raking his studs down Pedro Novais’ leg.

With 12 minutes remaining Maddison made it 4-0 when wriggled past two challenges to score from six yards and Ayoze Perez almost piled more misery on Braga but his deflected header came back off the post.