He was barely at fault for any of them, but five times a crestfallen Kepa Arrizabalaga had to pick the ball out of his own net at Anfield on Wednesday night.

It was another chastening night for Chelsea’s defence, who have now conceded a staggering 54 goals this season and 13 in their last six.

The defenders are hardly blameless for this collective shambles, but the Spanish goalkeeper who Chelsea made the most expensive in world football has done little to inspire confidence this season. 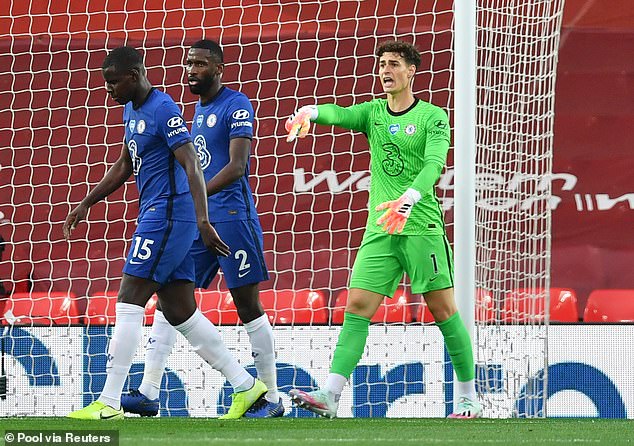 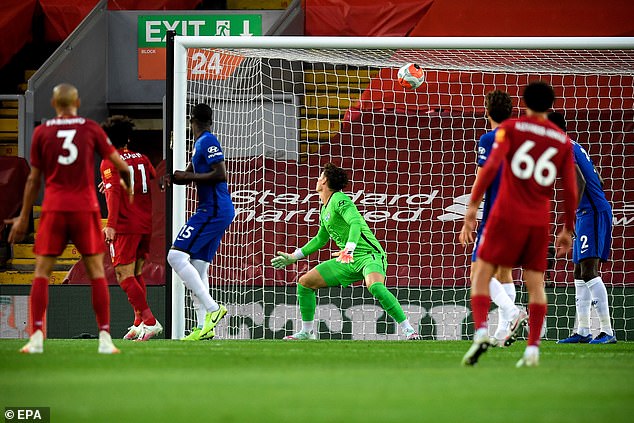 Against Liverpool he failed to command his area, was left rooted to the spot when Trent Alexander-Arnold’s pinpoint free kick curled into the back of his net and failed to get a strong enough hand on Alex Oxlade-Chamberlain’s late strike.

It was hardly a convincing performance from a goalkeeper who looks like he is approaching the end of the road at Stamford Bridge.

The Blues shelled out £72m on the Athletic Bilbao No 1 in August 2018 and he has gone on to usurp another struggling shot-stopper in David de Gea as his country’s first choice.

But now his place as Spain’s No 1 is under increasing scrutiny following a campaign that saw him briefly replaced by 38-year-old Willy Caballero. There are calls for the Argentine veteran to be brought back in for the final day game against Wolves with Champions League qualification on the line.

He has conceded eight per cent of all Chelsea’s goals in the Premier League era, despite appearing in only six per cent of their games in the competition. 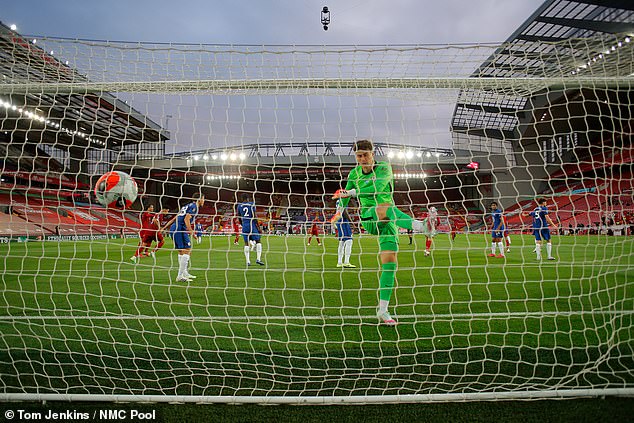 The 1.42 goals per game he has conceded this season is the second worst of any Chelsea goalkeeper in their Premier League history.

He has conceded 86 times in 69 Premier League appearances, and lets the ball in at a greater rate than even Dmitri Kharine and Hilario managed at Stamford Bridge.

Only three goalkeepers with over 10 appearances for Chelsea in the Premier League have conceded more per game.

The 47 that he has conceded in 33 games this season is the second worst in a single year in Chelsea’s Premier League history.

And his record does not stand up against his rivals across the division. 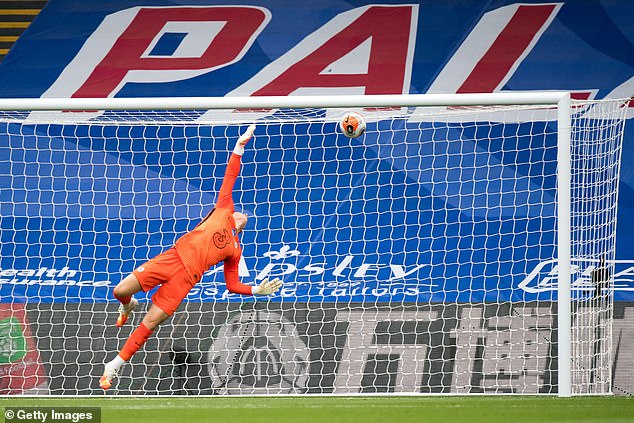 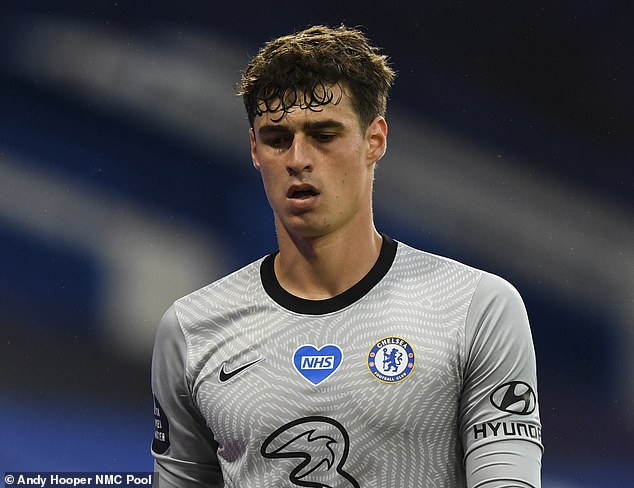 He ranks bottom in the league for conceding goals he should save. He has conceded over 10 more goals than he should have done from the shots that he has faced this season.

With the visit of Wolves at the weekend a must win for Frank Lampard if he is to secure Champions League football at Stamford Bridge next season, he faces a selection headache.

Stick with Kepa and back him to deliver with the pressure on, or to drop him ahead of an FA Cup final against Arsenal and a Champions League second leg against Bayern Munich.

Dispensing with him now would surely consign the 25-year-old’s Chelsea career to the history books already.

Caballero has proved an able deputy in recent years, but not someone Lampard will want to place long term trust in. 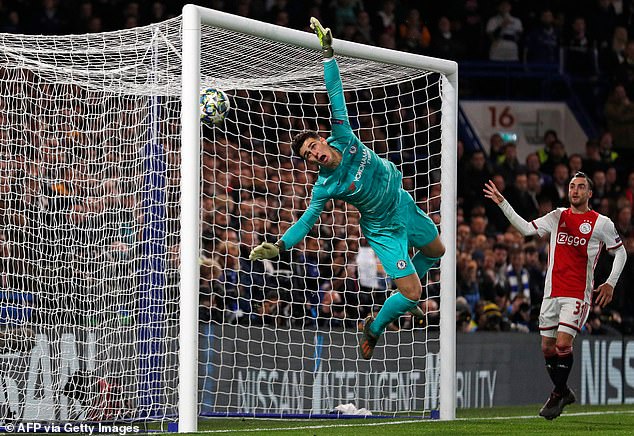 Chelsea have been free-spending ahead of the summer transfer window with Hakim Ziyech and Timo Werner already through the door.

There is money to spend and the will to do so is there too. Atletico Madrid will demand the full £109m buy-out clause for Jan Oblak, while reports in Spain claim the club are considering a sensational swoop for Barcelona No 1 Marc-Andre ter Stegen.

Kepa can hardly feel hard done by. He has had more than enough opportunities to prove he should keep the gloves and has consistently failed to inspire confidence.

His days as Chelsea’s No 1 appear numbered, and when you look at the numbers behind his woeful season, is it any wonder Lampard’s patience is running thin.