The Belgian has enjoyed one of his most successful seasons, 15 goals in 29 appearances from midfield and providing a further seven assists.

He has been pivotal in helping City into pole position to retain the Premier League crown ahead of the final day of the season on Sunday. 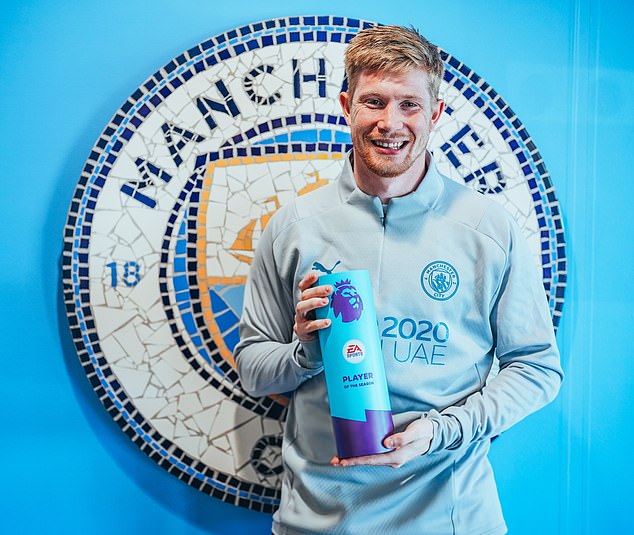 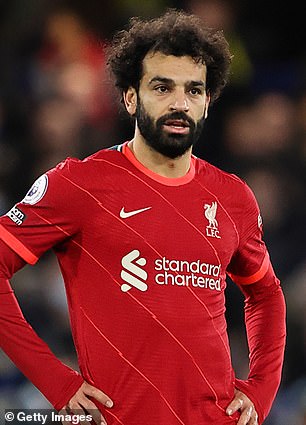 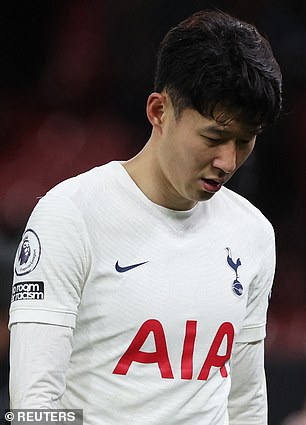 De Bruyne was previously named Premier League Player of the Season in the 2019-20 campaign, meaning a member of Pep Guardiola’s squad has won the award for the past three years after Ruben Dias picked up the prize last year.

‘To win this award for a second time is an achievement that I am really proud of,’ De Bruyne said.

‘There is so much quality in the Premier League and it is a pleasure to be nominated with so many other great players who have had incredible seasons for their clubs. 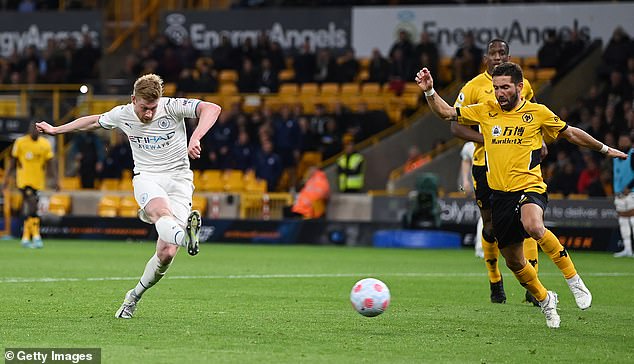 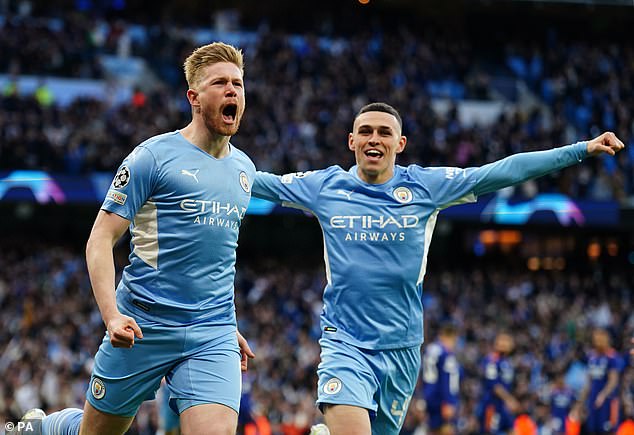 ‘I think my performances this season have been good and I am happy that I have been able to contribute with goals and assists throughout the season.

‘Thank you to all of the staff, coaches and especially my teammates because without them this wouldn’t be possible.’

The midfielder beat Liverpool rival Salah and Spurs striker Son Heung-min to the award. Salah, who leads Son by a goal in the race for the Golden Boot, was named the Football Writers’ Footballer of the Year earlier this month. 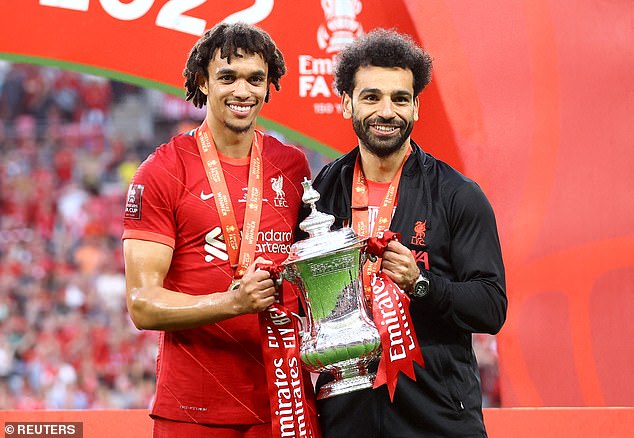 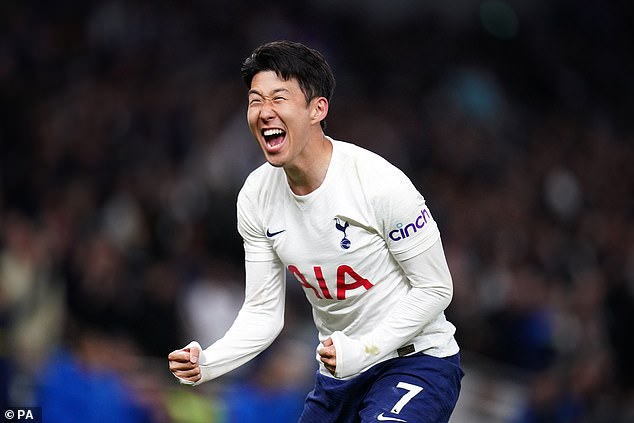 Fans, team captains and a panel of experts voted for the winner with De Bruyne seeing off the rest of the Premier League elite.

Alexander-Arnold and Saka were also shortlisted for the Premier League’s Young Player of the Season.

However, earlier on Saturday, De Bruyne’s team-mate Phil Foden was named Young Player of the Season for the second consecutive year.

His fine form was enough to see off a host of England team-mates including Liverpool star Alexander-Arnold, Chelsea’s Mason Mount and West Ham midfielder Declan Rice. 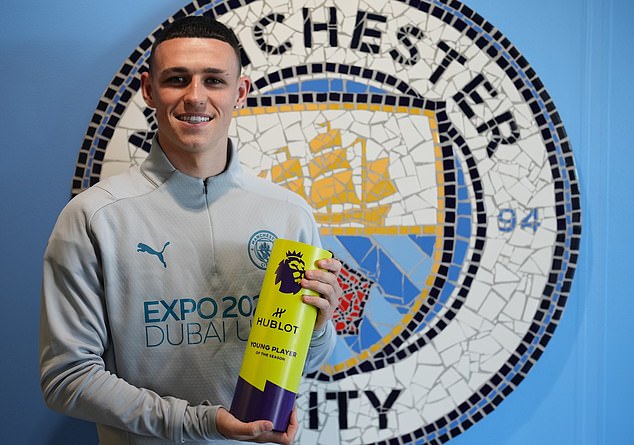 Guardiola’s side head into the final game of the season one point ahead of Liverpool as the title race reaches a thrilling climax.

City face Aston Villa, managed by Liverpool legend Steven Gerrard, to ensure they stay above the Reds and secure their fourth title in five years.

Guardiola and Klopp are on a five-man shortlist for Manager of the Season and are joined by Patrick Vieira, Eddie Howe and Thomas Frank.