Home » Kevin Ellison: Reducing booze key to helping me play up to age of 42

Kevin Ellison used to enjoy a drink or two after a game in his early career, but cutting back on the booze has helped him to keep playing to the age of 42.

The ‘Peter Pan’ of the Football League now hopes to take centre stage for Newport against his former club Morecambe at Wembley on Monday in the League Two play-off final.

‘I used to like a drink in my younger days, but I look after myself a lot better now,’ he said. 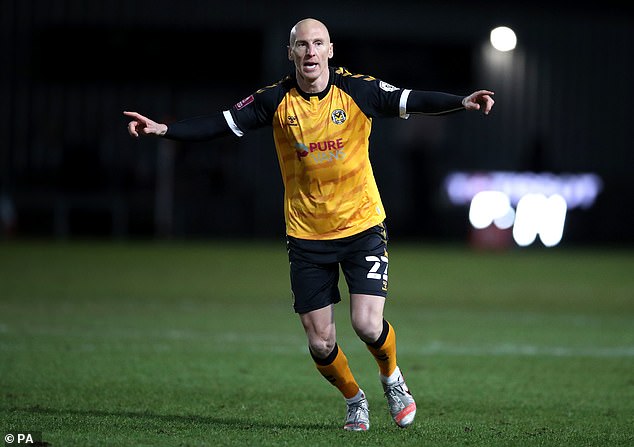 ‘I’m into yoga, spin classes and swimming, as well as a better diet, in order to keep myself in shape.

‘I have changed a lot in order to keep up with the other lads in the dressing room. I still think I could push myself a little bit more, even though I’ve squeezed out every drop of ability I’ve got in me.’

Last August Ellison was a few days away from taking a job in a factory in Liverpool before he got a call from Newport.

‘It’s going to be the highlight of my career if Newport can get promoted,’ he added. 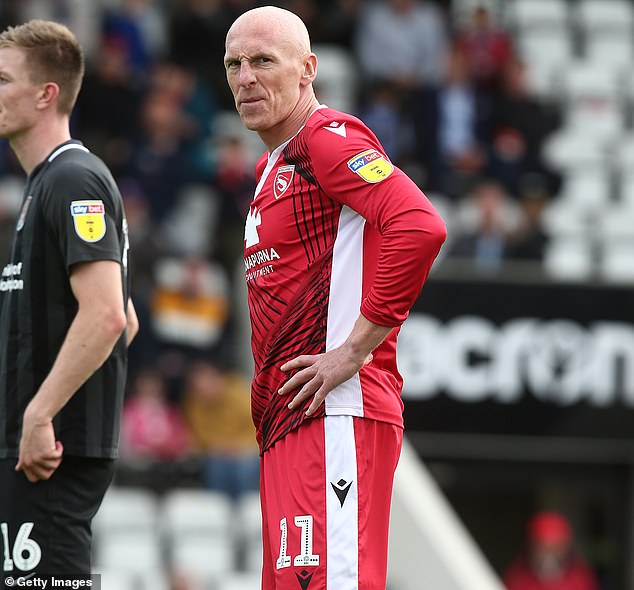