Tripper was fined £70,000 by the Football Association and suspended for 10 weeks from all football and football activity for four breaches of a rule which prevents players from providing information to others on their position which is not available in public at the time.

The offences are understood to have taken place in July 2019 around the time that the full-back moved to Atletico from Tottenham for a fee in the region of £20m. The 30-year-old has denied the charges levelled against him.

The England international right-back will miss at least 14 matches for Atletico, who are top of La Liga and challenging for their first Spanish title since 2014 and have reached the last 16 of the Champions League, where they will face Chelsea. 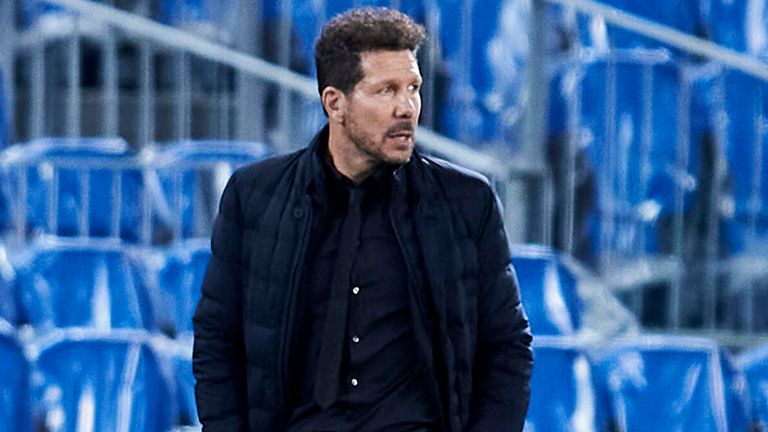 “We think it’s unfair and we hope it can be revised because of the damage done to Atletico,” Simeone said ahead of Atletico’s league clash with Getafe on Wednesday, the first game Trippier will miss.

“But the circumstances are what they are and we’ll have to live with it.”

Trippier, who is in his second season with Atletico, has played every minute of their 19 games in La Liga and the Champions League.

Following Trippier’s punishment, Atletico look set to launch a bold January bid for Arsenal’s Ainsley Maitland-Niles, whose progress they have been monitoring for the past 12 months.

Croatian full-back Sime Vrsaljko is set to take Trippier’s place in the team, having only played 14 minutes of first-team football this season as a substitute in a recent Copa del Rey victory over minnows Cardassar.

Atletico Madrid have reached a mutual agreement with Diego Costa to terminate the Spain international striker’s stay at the club.

The former Chelsea forward’s deal with the La Liga giants was set to expire in June 2021 but he has asked the club to end his stay prematurely due to personal reasons. It means the 32-year-old will now be able to join a new club on a free transfer in the January transfer window.

“Atlético de Madrid and Diego Costa have reached an agreement for the termination of the striker’s contract, which was to end on June 30, 2021,” an Atletico statement read on Tuesday.

“The striker asked to leave the club for personal reasons a few days ago and on Tuesday signed the termination of his contract.

“The club thanks Diego Costa for his dedication during these years and wishes him well in the next stage of his professional career.”