Kieran Trippier has already begun looking for houses in the Manchester area after beginning talks with Manchester United, according to reports. Trippier enjoyed a brilliant season with Atletico Madrid and looks set to move back to the Premier League this summer.

The England right-back made 35 appearances across all competitions for Atletico, helping Diego Simeone’s side win La Liga for the first time in seven years.

Trippier joined Atleti for £20million back in July 2019 from Tottenham and still has another year left on his contract with the Spanish club.

However, while he has enjoyed his time in Spain, he is understood to be interested in moving back to England after competing at Euro 2020.

United have emerged as a possible destination for the 30-year-old, with Ole Gunnar Solskjaer reportedly wanting competition for Aaron Wan-Bissaka at right-back next season.

According to The Athletic, United’s director of football negotiations Matt Judge is already in discussions with Trippier’s camp over a transfer. 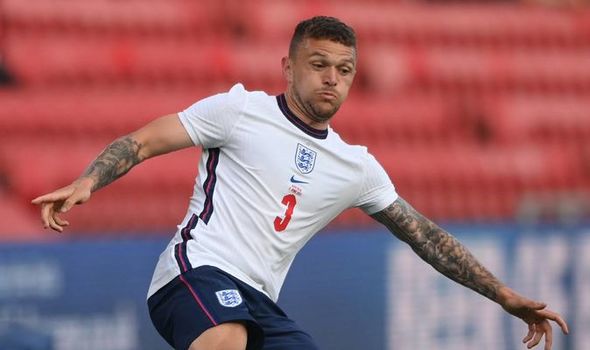 The report states Trippier is keen on a return to the north west, having been born in Bury and played for Manchester City as a youngster.

It adds that Trippier has been looking at houses in the Manchester area before concentrating on England’s campaign at Euro 2020.

According to the report, United nearly signed him in January and got as far as ‘advanced talks’ with Trippier and Atletico before the FA’s 10-week ban for betting offences ended their interest.

A £10m fee has been mooted, but Atletico will reportedly try to push for more if he does leave.

United are not the only club in the market for a right-back this summer and could face competition for his signature.

Chelsea can save £70m with Declan Rice transfer alternative

Marca report that Arsenal have proposed a swap deal involving Hector Bellerin, with the Spanish defender wanting to return to his home country.

Bellerin is seen as the ideal replacement for Trippier, with Sime Vrsaljko having failed to step up to the plate last season.

The Spanish newspaper says Atletico technical director Andrea Berta is a fan of Bellerin and has already held talks with the 26-year-old.

Trippier is an attractive transfer option for both clubs because he can play in more than one position.

The former Burnley man can play at right-back or right wing-back, as well as left-back, where he started for England in their friendly against Austria on Wednesday.

He is likely to be heavily involved in England’s Euro 2020 campaign, especially since Trent Alexander-Arnold had to withdraw from the squad with a thigh injury.

Aaron Wan-Bissaka 'wants to win back place in England squad'