‘In life much worse things happen’: Jurgen Klopp remains calm after Tottenham draw and tells his Liverpool players to ‘stop behaving like it’s a funeral’ as hopes of unprecedented quadruple take a serious blow

Jurgen Klopp told his players to stop behaving as if they attended a funeral after their pursuit of the quadruple was checked by Tottenham.

Liverpool failed to win a Premier League game at Anfield for the first time since October 30 after drawing 1-1 with Antonio Conte’s side; Luis Diaz’s deflected strike cancelled out Son Heung-min’s opener and the point enabled Klopp’s team to move temporarily top of the table.

But with rivals Manchester City hosting Newcastle this afternoon, the expectation is that Liverpool will be three points behind ahead of Tuesday’s difficult trip to Aston Villa and many believe this will prove to be the decisive night in the title race. 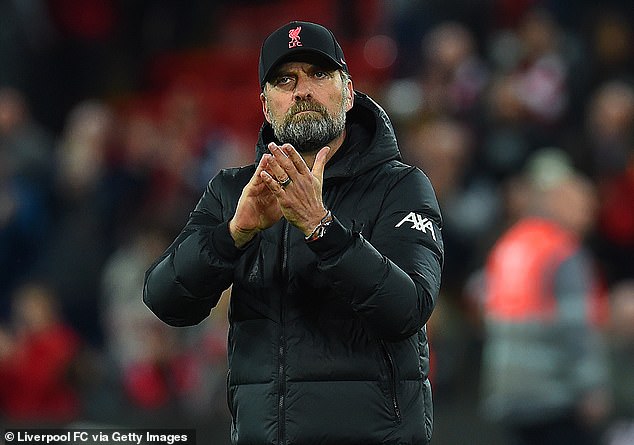 Klopp, however, sees things differently and said: ‘First and foremost, (I told them) we should stop behaving like it is a funeral. In my life much worse things happen. If we would have won it wouldn’t increase the possibility we win against Aston Villa, so that is how it is.

‘We will go there, we will prepare and we will try. The only chance we have for things to go our way is to win now. The boys are absolutely in the mood they should be – very disappointed – and that is fine. I would love here to sit here and say: “Yes! City will drop points!” We will see what happens.

‘My problem in this moment is not City against Newcastle. It is that we play Tuesday against Aston Villa, which is tough. We have one point more than before – good! – and from 1-0 down, it is massively better but it was not exactly what we want. We have to deal with it and we will.’ 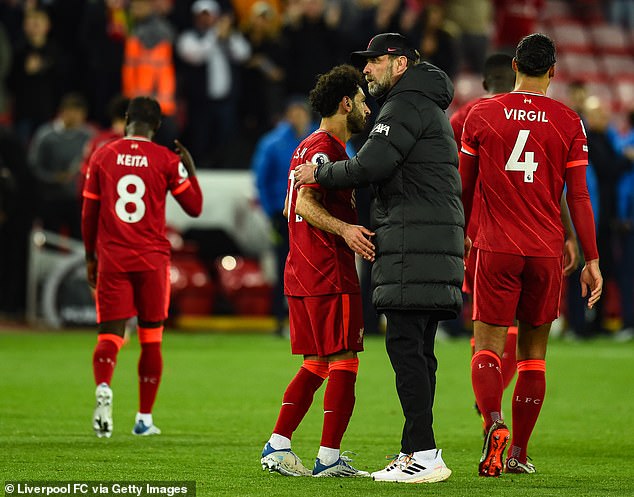 It was an absorbing game and Tottenham limited the Champions League finalists to just three shots on target. Conte had his players supremely well drilled but their intention to frustrate Liverpool from the off irked Klopp.

‘I don’t like this kind of football – but that is my problem, I cannot coach it,’ he said. ‘They have world class players but, yes, I respect everything they do. It is really difficult to play them. The boys are more disappointed than me because I saw so many things in my life.’

Conte, who was like a human Catherine wheel on the touchline, had regained his composure by the time he came to assess the contest. 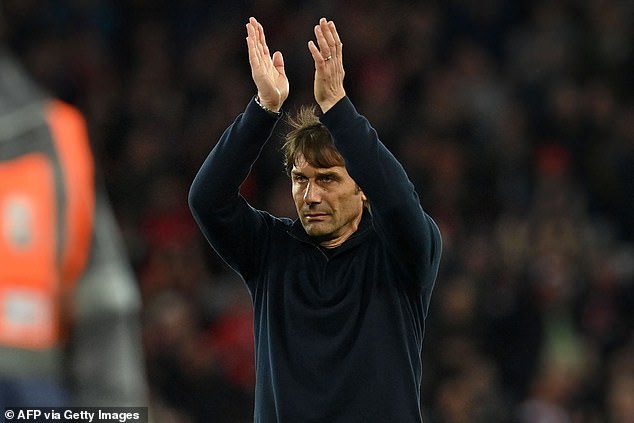 He was full of praise for Liverpool, saying Klopp had built ‘a monster in the best possible way’ but was adamant Tottenham deserved their share of the spoils.

‘I have to be proud of my players,’ said Conte, whose side face a crunch showdown with Arsenal on Thursday. ‘To play in atmosphere with lots of noise around you, the fans were very excited with last result of Liverpool (winning the Champions League semi-final). We never lost our composure.

‘We didn’t concede great chances for Liverpool to score. At the same time I ask my players to be brave. I know it is not easy because Liverpool want to put a lot of pressure but we prepared for the game very well. The times we work well to overcome the pressure we could exploit much better.’