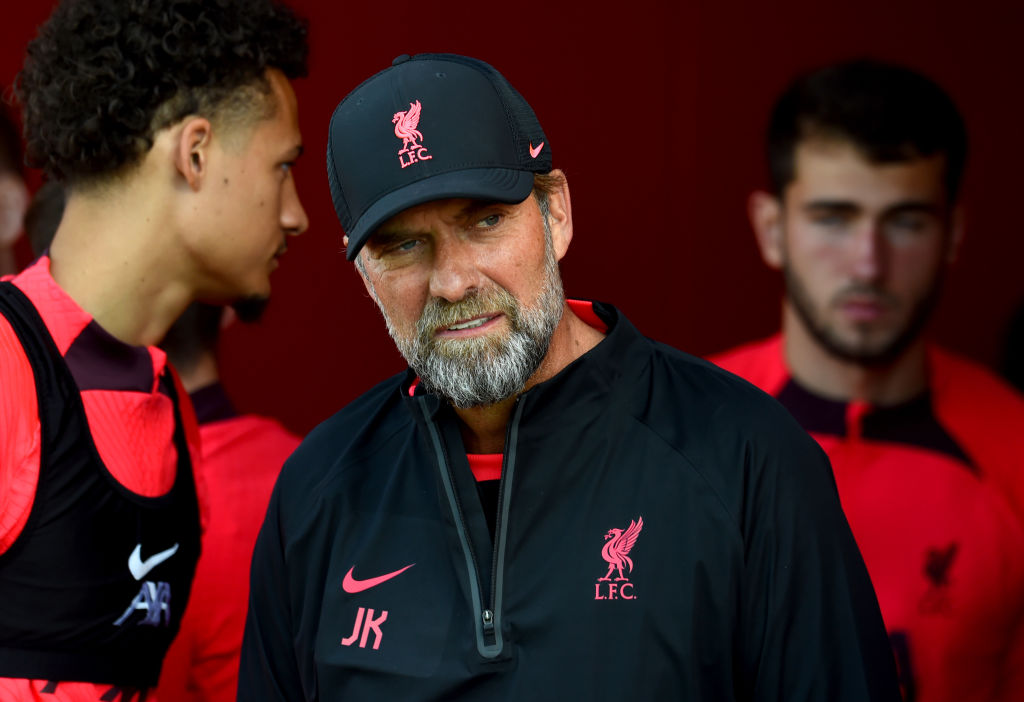 Jurgen Klopp says Liverpool are very unlikely to make any more signings in the summer transfer window, and insists he is more than happy with his midfield options heading into the new season.

The Reds are currently on a tour of Asia as the step up their preparations for the 2022/23 campaign, with a friendly match against Manchester United scheduled for Tuesday afternoon before a match with Crystal Palace in Singapore on Friday.

New striker Darwin Nunez is in the travelling squad, after he arrived from Benfica for a minimum fee of £64m in June. He is joined by midfielder Fabio Carvalho, who joined on a free transfer from Fulham.

The club’s third signing of the summer is Scottish right-back Calvin Ramsay, who has moved south from Aberdeen, but the teenager is injured and has remained on Merseyside to recover.

Liverpool were interested in signing France midfielder Aurelien Tchouameni from AS Monaco before he moved to Real Madrid, but have not pursued any other additions in the centre of the park since they missed out, and Klopp says another arrival is now very unlikely.

‘I don’t think something will happen in midfield, but you never know,’ Klopp said. ‘If somebody comes to you and says “I want to go”… Nobody came to me yet, but if that happens then we have to talk new. But if the situation stays like it is, then tell me why?’

Though some fans have responded to the interest in Tchouameni by claiming that Liverpool require an additional midfielder if they are to be able to compete on all fronts as they did last campaign, Klopp insists that his squad already possesses the necessary depth and quality in midfield.

‘I’m not looking to buy, I can say that’ the German explained. ‘I don’t understand. I do not understand. People told me about this discussion [about the midfield options], but the last thing that would have crossed my mind is that we have to do this. I know all these things, that we don’t score enough goals from midfield, this and that, but what do we want? This “Golden Cow” that is producing absolutely everything, milk as well!

‘We can go through it. Where do you want to start? So, Fabinho, Henderson, Thiago, Milner, Keita, Curtis Jones, Harvey Elliott, Fabio Carvalho, Oxlade-Chamberlain. Now you tell me what kind of player are we missing? One who is offensive, 1.95m and arrives into the box to head balls in? OK, apart from that!’

Liverpool will start the new Premier League season with a trip to Craven Cottage to play newly-promoted Fulham on 6 July.