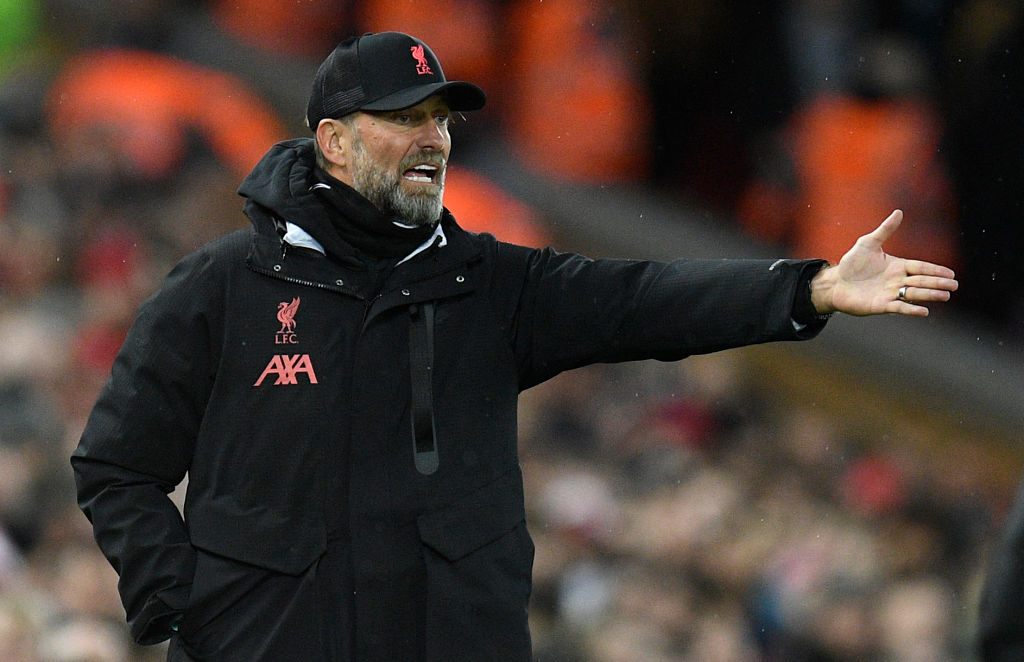 The third-round clash at Anfield eventually ended in a 2-2 draw with Wolves’ Toti controversially denied an 82nd-minute winner following a lengthy check, which caused mass confusion.

After the game ended – it was confirmed that the disallowed goal was due to an offside call in the build-up – despite ITV reporting that video official Mike Dean did not have a camera angle of the alleged offence, with viewers at home also left in the dark.

Klopp spoke to ITV following the match and while he claimed to have ‘one picture’ which justified the winner being disallowed, he also admitted that he understood Wolves’ anger at what was undoubtedly a highly controversial call.

‘I’m not sure about their third goal,’ Klopp said. ‘We have one picture where it may look offside.

‘But I can understand why they are angry about it. We don’t want the VAR to just have one angle.’

Wolves boss Lopetegui was absolutely fuming with decision as he added: ‘The offside that we had… We have seen it, the offside doesn’t exist, I’m sorry.

“These are all state of the art stadiums… just show it on the screen!”

ð£ Eni Aluko and @EmileHeskeyUK believe there needs to be more clarity with offside decisions after Wolves potential winner was disallowed #ITVFootball pic.twitter.com/F3rMgwmLkh

‘It’s impossible. Someone has told him it’s offside, but we’ve seen the images, it doesn’t exist. Two touches are our players, and the second touch he doesn’t want.

‘The decision is wrong. I make mistakes every day, and sometimes they do too. Today we have the help of VAR, and it is a pity, because I’m sorry, it’s not offside.’

Lopetegui then spoke to the BBC and said: ‘It was a pity that we are not in the next round because I think the players deserved to pass.

‘We have seen the images in the room and we talk to the referee, he was very polite and heard us.

‘That is a good thing for me, that is not usual in Spain. I love talking, only to show him the offside doesn’t exist. It is very clear.’