The captain’s armband and a perfect hat-trick: Eddie Nketiah’s rise continued, with Alan Shearer’s goalscoring record firmly in his sights.

England Under 21s are moving closer to next year’s European Championship, this a fifth consecutive qualifying victory, and their skipper for the night is now just two short of Shearer’s 13 at this level.

A breakthrough took time, patience required against combative opposition, but ended in a rout. Nketiah’s attention to improving his link-up play with Arsenal boss Mikel Arteta is clearly paying dividends yet, crucially, he remained just as ruthless inside the box. 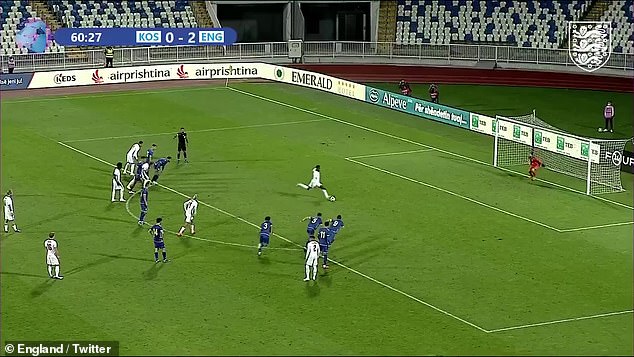 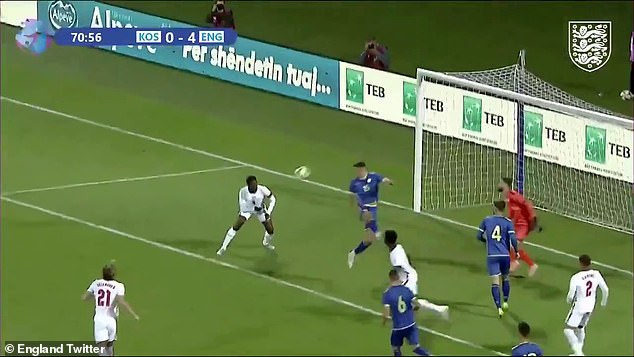 Three goals in 10 minutes took the game away from Kosovo, with Chelsea midfielder Conor Gallagher’s contribution and a first goal on debut for Jude Bellingham other highlights in Pristina.

Nketiah had struck the bar from Gallagher’s free-kick just after half-time but opened the scoring six minutes into the second half.

Tom Davies had broken ranks from midfield, sauntering inside the box, to stand a cross up for the striker, waiting at the back post to nod home unmarked. 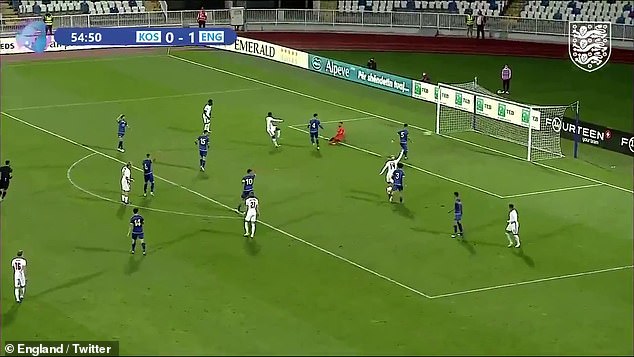 Nketiah scored the first with a header, before burying with his right and from the penalty spot 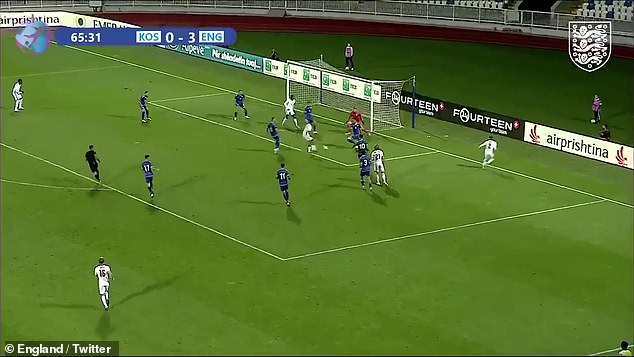 Reiss Nelson, Nketiah’s Arsenal team-mate, was also on target after finding the roof of the net

That was a poacher’s effort and so was the second, four minutes later. Davies was again involved, his skewed shot finding a loitering Nketiah and his instincts were sharp, spinning to clip past Florian Smakiqi. Kosovo cried offside but Nketiah was clearly on.

The hat-trick was complete just after the hour, Gallagher clumsily hauled down inside the box. Nketiah stroked home, right footed, yet England were not done.

Bellingham made an instant impact from the bench. Reiss Nelson had notched the fourth, then the Dortmund midfielder came into his own, starting a move for Ryan Sessegnon’s fifth, before then proving why the Bundesliga club paid £25million for him.

Bellingham hunted possession inside the box, dropped a shoulder, and caressed into the far corner, in a move that bodes very well for the future.