Chelsea summer signings Edouard Mendy and Hakim Ziyech show their worth with impressive displays; midfielder Jorginho misses early penalty as Russian side blown away late on by three goals in final 14 minutes 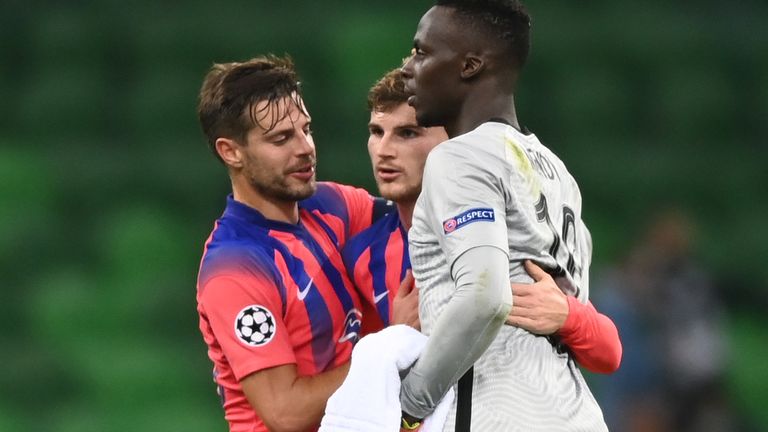 Hakim Ziyech scored his first goal for Chelsea and Edouard Mendy kept his fourth clean sheet in a row in a rampant 4-0 Champions League win over Krasnodar.

Jorginho missed an early penalty for Chelsea in their bid to get their first win in Group E, but Callum Hudson-Odoi got them rolling (37), taking advantage of a howler from Krasnodar goalkeeper Matvey Safonov.

The Russians came out with renewed vigour after the break but a combination of the flawless Mendy and the crossbar, which was rattled by Yuri Gazinskiy, kept Chelsea’s lead in tact.

Timo Werner got that all-important second from the spot (76) after a controversial handball call against Aleksandr Martynovich before Ziyech and substitute Christian Pulisic added gloss to a somewhat flattering scoreline.

Man of the match: Edouard Mendy

Chelsea are back in action on Saturday at 3pm with a trip to Burnley in the Premier League before hosting Rennes at Stamford Bridge next Wednesday.