Craig Burley says Kylian Mbappe's ego is out of control

Kylian Mbappe’s feud with Neymar has reached boiling point after it emerged that the French star asked Paris Saint-Germain to sell his team-mate this summer. Reports in France suggest the relationship between the pair has plummeted to an all-time low after a row on Sunday added to their ongoing feud.

Christophe Galtier’s side recorded a convincing 5-2 win over Montpellier at Parc des Princes with Neymar grabbing a brace. Mbappe also found the net along with Renato Sanches and an own goal from Falaye Sacko which opened the scoring. But underneath the surface, a bitter row has been bubbling away between two of PSG’s most prestigious performers.

According to French reporter Romain Molina, Mbappe has asked the club’s hierarchy to offload Neymar as soon as possible. Neymar has since learned of Mbappe’s secret request to the PSG management and it is believed the pair’s relationship has deteriorated, after Mbappe was unaware that his team-mate knew about his attempts to force him out. 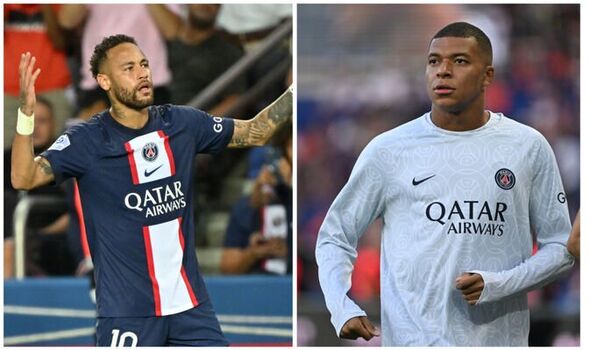 Until this season, Neymar had been tasked with the responsibility of scoring from 12 yards, before Mbappe assumed the role of penalty taker. Galtier admitted he had not selected a “preferred taker” for the game against Montpellier and made the choice of Mbappe purely on the game itself.

However, the 24-year-old missed his spot-kick in the first half against Montpellier. And when PSG were awarded a second penalty, Mbappe assumed he would have the chance to make amends – only for Neymar to take the ball and convert the spot-kick instead.

Aside from ‘penalty-gate’, the general tension has reached a critical stage with their personal friendship on the verge of breaking down. According to Get French Football News, Mbappe now wants to learn from Lionel Messi after being mentored by Neymar since his early years at the club. 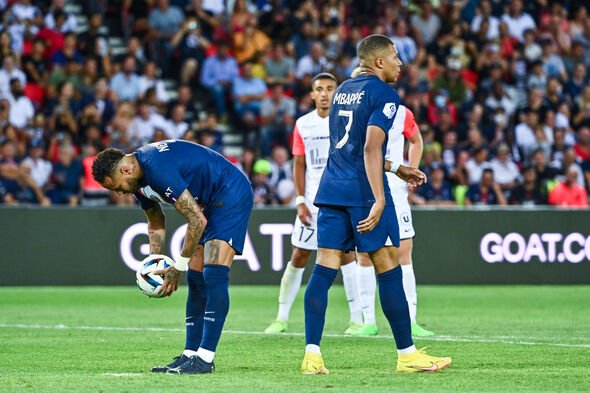 Mbappe has been handed a leading role in PSG’s future after snubbing Real Madrid to sign a new two-year contract with the club worth a lucrative £42.2m-a-year (€50m) and a £84.5m (€100m) signing bonus in May. A major part of his decision to stay was thought to be an agreement from the club to part ways with Mauricio Pochettino and Leonardo.

It remains to be seen whether the World Cup winner has the power to convince his manager Galtier to leave out Neymar after the 30-year-old’s storming start to the new campaign. In addition to finding the net twice against Montpeliier, he was a creative force in their opening game of the season with a hat-trick of assists.

But Neymar, who joined PSG for a world-record £198m fee in 2017, has been strongly linked with a move away from the Parisian outfit this summer. Chelsea, Manchester City and Newcastle United have all been linked with the Brazilian — and his latest fallout is only likely to reignite speculation regarding his future.

Roy Hodgson: I wouldn’t be ‘hurt’ if Watford asked me to step aside for final game