La Liga have confirmed they plan to restart their season next month in a boost to the Premier League’s hopes of concluding their own campaign. The coronavirus pandemic has shut down leagues across Europe, with Holland, France and Belgium having all abandoned theirs in recent weeks.

But Spain’s top flight has publicly announced its plan to restart in June in order to finish the season by the end of the summer, with 90 fixtures still to play.

La Liga will begin to test players this week in order to allow clubs to return to training at their respective bases over the coming weeks.

Lockdown measures in the country have been eased of late, though Spain’s death toll is the third highest on the continent with more than 25,000 people having died.

Adults in Spain were allowed to begin exercising outdoors on Saturday for the first time in seven weeks.

And players can now resume basic training after being given the green light by the Spanish Ministry of Health. 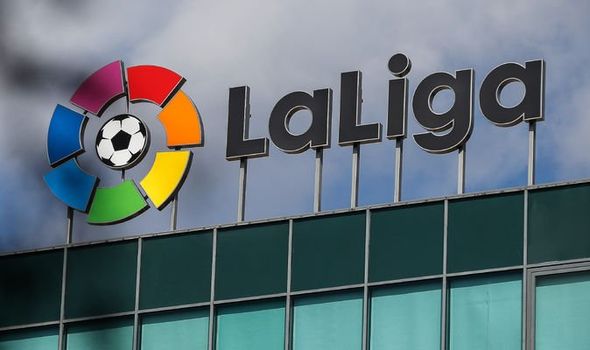 But COVID-19 tests must first be taken by all players, coaches and staff who will be present at training facilities two days before they are reopened.

The complexes will also need to be fully disinfected and adequately prepared.

The president of the Spanish league, Javier Tebas, said: “The return of football is a sign that society is progressing towards the new normal.

“It will also bring back an element of life that people in Spain and around the world know and love.

“People’s health is paramount, so we have a comprehensive protocol to safeguard the health of everyone involved as we work to restart La Liga. 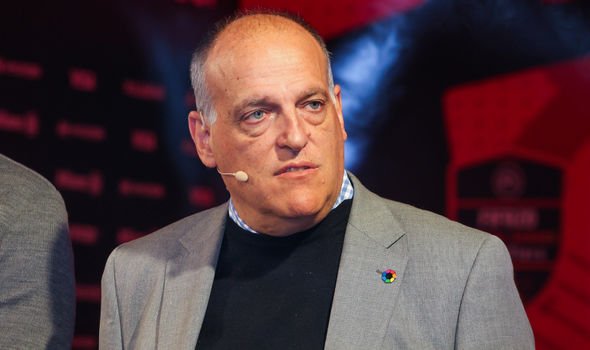 “Circumstances are unprecedented, but we hope to start playing again in June and finish our 19-20 season this summer.”

Clubs will be expected to train for about a month before fixtures can return behind closed doors – although no date has been set in stone for the first round of matches back.

The league has issued a four-part non-negotiable protocol to its clubs to maintain the safety of playing and non-playing employees.

The protocol, per The Associated Press, comprises four stages – the preparation phase, the individual training phase, a phase with small group sessions and full squad training sessions as normal.

They add that clubs’ facilities will be inspected to ensure they comply with the local authorities’ cleaning protocols, and that initially, players will not be able to interact with their team-mates. 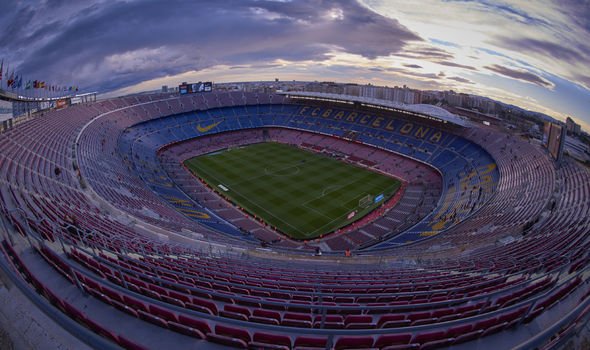 Players will only be able to travel individually and must arrive wearing their training uniforms, with Premier League clubs such as Arsenal and Tottenham currently imposing similar policies to allow their squads to train away from the general public.

La Liga rules for the initial phase of training declare that no more than six players will be able to use the pitch at the same time and that they must remain a good distance from each other.

Equipment use will be limited, with only two players maximum allowed in the gym at the same time, and coaches will supervise their players from a distance.

Players will also be instructed to wear gloves and masks at all times before going on to the pitch, when they can take them off.

La Liga’s league-wide protocol also advises players only to leave their homes for training, with clubs told to deliver food for their stars.

Barcelona currently sit atop the La Liga table with Real Madrid two points behind them and looking to prevent their Clasico rivals from a third straight triumph, which would move them within six triumphs of Real’s all-time record of 33.

The two clubs have already played each other twice this term but Barca face crucial matches against the likes of third-placed Sevilla and Atletico Madrid, who are currently sixth, while Real take on fourth-placed Getafe and Real Sociedad, who sit fifth.

The Spanish league is desperate to complete its season to avoid losses in excess of £500million due to the loss of broadcasting revenue alone.

La Liga’s plan will meanwhile be a significant boost for the Premier League, who are hoping to resume their season on the weekend of June 12.

The English league has hit a roadblock in its plans however, with the bottom six teams in the table opposed to the idea of playing their remaining matches at neutral grounds. 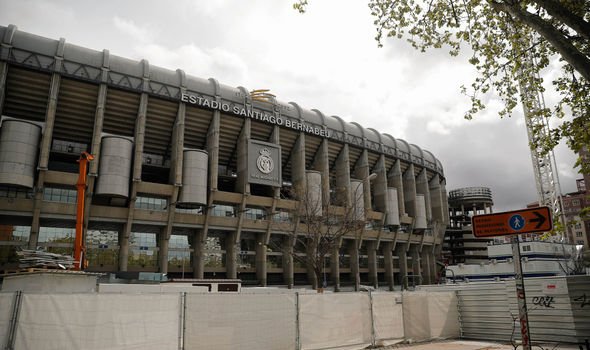 But should a resolution be found – which could include a one-off season with five relegation spots in 2020-21 – then La Liga’s progress indicates the Premier League can also eventually return.

Germany’s Bundesliga could even return to action this month if the country’s government gives it the go-ahead this week.

But the German Football League have confirmed that 10 individuals from the Bundesliga and Bundesliga 2 have tested positive for the virus after returning to training.

Despite that, clubs will continue to train with the view to full team practice sessions taking place in the near future.

In Italy, clubs have been given the all-clear to return to training this week with it having been successfully argued that social distancing measures can be more easier adhered to in training grounds rather than in local parks.

Mid-June is a potential resumption date for Serie A, although like the Premier League, it is far from certain that the 2019-20 campaign will be concluded.

Everton vs Liverpool team news: Mohamed Salah on bench and Andrew Robertson out