‘He’s so hungry to play’: Frank Lampard admits he’s treading a ‘fine line’ in bid to get Christian Pulisic back after hamstring injury… as he fears star winger could break down again

Frank Lampard admits Chelsea are treading a ‘fine line’ over the fitness of Christian Pulisic, with the Chelsea boss carefully managing his winger’s recovery.

The USA international is nearing a return to fitness, having missed the start of the season due to a setback in his comeback from a hamstring injury.

Pulisic is back training and Lampard expects him to be in contention in the next week or two. 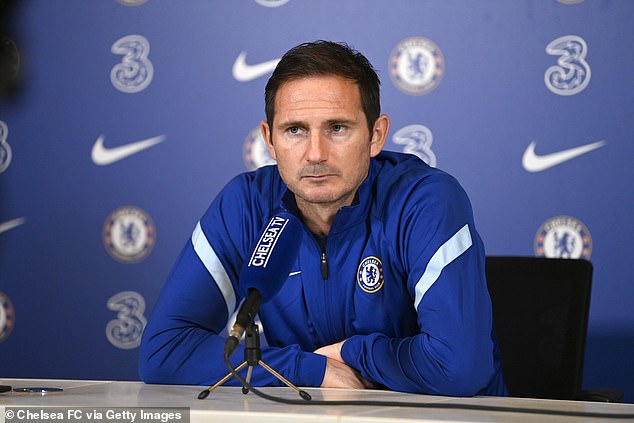 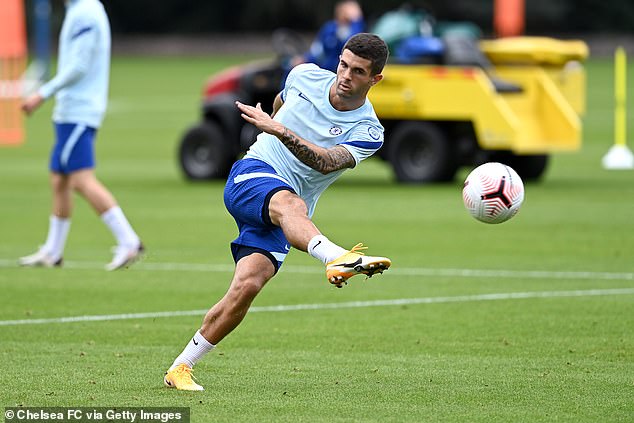 But his absence from Saturday’s trip to West Brom means Pulisic has now missed 20 games through injury since his arrival last season.

‘There’s always a concern about players’ fitness when history says there have been some injuries and last season we did have that with Christian,’ Lampard said.

‘Of course if you look at his recent record, (it’s about) trying to find the right way, the right balance of getting the best out of him – which we saw in big periods last year -and making sure you don’t overcook him and leave him susceptible to injury, particularly when a player is explosive with pace and balance.

‘That’s a fine line so we’re working on that and Christian is very open to that.’

Pulisic developed into one of Chelsea’s key attacking weapons during a fine first season in England.

The 22-year-old has amassed 11 goals and 10 assists in his first 34 appearances and Lampard is keen to harness that threat as much as possible.

‘He wants to play, he’s so hungry to play and he’s nearly fit now. It’s certainly one that we’ll have to manage with him this season because we’ve all seen the talent and it’s something we want to get right. I’m not saying it’s a fundamental or chronic kind of an issue. It’s not.

‘But we want to get as many minutes of Christian, the really great Christian we saw lots of last season on the pitch.’