Barcelona president Joan Laporta has revealed he’s trying to convince LaLiga to be more flexible with their financial fair play rules after admitting his club cannot make any signings in January.

The Catalan giants spent over £130million to improve Xavi’s side during the summer and went into the World Cup break two points clear of Real Madrid at the top of the table.

However, their push for a first title since 2019 has appeared to have taken a dent after Laporta claimed they can’t bring anyone through the door in January because of the current financial restrictions. 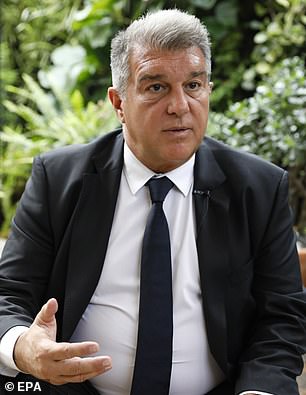 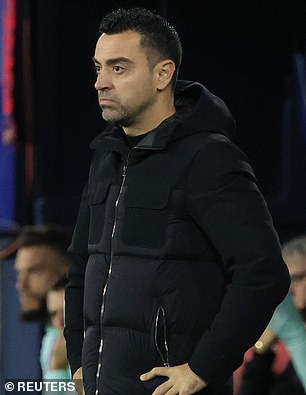 He told reporters as per ESPN: ‘We had to use some levers, which were economic operations that saved the club from ruin, and now the club is in economic recovery.

‘But, despite that, according to the rules of the financial fair play of the Spanish league, we cannot sign.’

Laporta though did concede that Barcelona, as well as other Spanish sides, are attempting to persuade LaLiga chief Javier Tebas to relax those rules.

He said: ‘We and some LaLiga clubs are also trying to convince LaLiga to be more flexible and allow us other types of interpretations that can make Barcelona strengthen itself even more.’

Laporta then added: ‘It is more flexible in the Premier League than in Spain and it doesn’t make much sense to me.’ 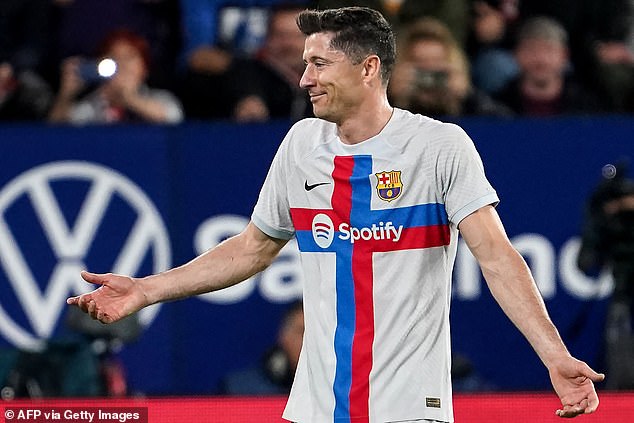 To offset losses and comply with LaLiga’s financial fair play rules, the club sold 25 per cent of their domestic television rights and a 49 per cent stake in Barca Studios for more than €700m (£609m).

This allowed Barcelona to strengthen their side with big-name signings including Robert Lewandowski, Raphinha and Jules Kounde.

The club budgeted to reach the quarter-finals of the Champions League this season but failed to emerge from their group that also included Bayern Munich and Inter Milan.

A second season in the Europa League will deal a crushing blow to their attempts to consolidate financially after a summer spent mortgaging the club’s future by selling assets to fund signings. 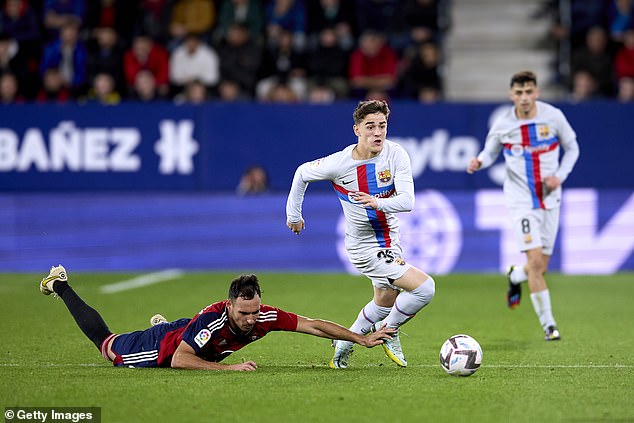 The LaLiga president then continued to outline the problems: ‘The levers have worked for them this season but not for the next one.

Barcelona are trying to force some club legends to leave as soon as possible to help repair their finances.

Gerard Pique has recently retired while the likes of Jordi Alba, Sergio Busquets and Sergio Roberto could leave the club at the end of the season.